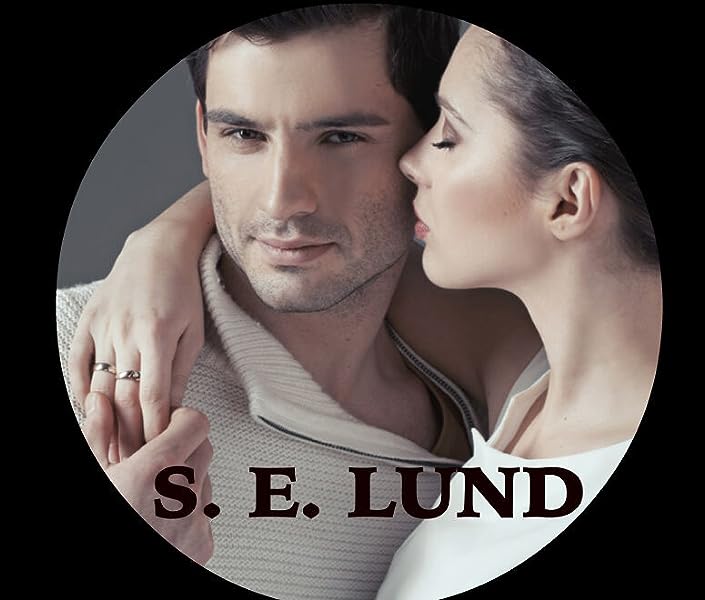 by S. E. Lund (Author)
4.5 out of 5 stars 55 ratings
See all formats and editions
Sorry, there was a problem loading this page. Try again.

Pre-order Anna Spiro: A Life in Pattern with Pre-order Price Protection Guarantee.
If the Amazon.com.au price decreases between your order time and the end of the day of the release date, you'll receive the lowest price. Click here to pre-order now
Start reading Retribution (The Dominion Series Book 3) on your Kindle in under a minute.

4.5 out of 5 stars
4.5 out of 5
55 global ratings
How are ratings calculated?
To calculate the overall star rating and percentage breakdown by star, we don’t use a simple average. Instead, our system considers things like how recent a review is and if the reviewer bought the item on Amazon. It also analyses reviews to verify trustworthiness.

LYNDA A
5.0 out of 5 stars Another Great Book in the Series
Reviewed in the United Kingdom on 12 January 2013
Verified Purchase
Amazing! I'm so glad I stumbled across this series. This is the third book in the Dominion series and I loved all of them. The story is fast paced and just seamlessly carries on from the second book. As with the previous two books there are some hot and steamy sex scenes. If you like sexy vampires with powers of telepathy etc, a love triangle, a bit of history, religion and science, then I would definitely recommend these.
Read more
Report abuse

Kindle Customer
5.0 out of 5 stars Mesmerized
Reviewed in the United Kingdom on 24 April 2018
Verified Purchase
Couldn't put this book down either. Gripping from beginning to end. Wish I was a vampire too!! Can't wait for the next read.
Read more
Report abuse

Kindle Customer
5.0 out of 5 stars Awsum
Reviewed in the United Kingdom on 31 December 2014
Verified Purchase
Could not put it down! On to the next.:)go team mee shelll great value for money :) keep them coming
Read more
Report abuse

Sadie
3.0 out of 5 stars ok
Reviewed in the United States on 12 December 2013
Verified Purchase
I didn't hate it! I know, normally that wouldn't be a recommendation for a book But considering how I felt at the end of book two, a basic, 'I didn't hate it' is high praise indeed.

Michel never managed to endear himself to me and for much of this book I wished he would disappear again. But at the VERY end, he showed a side I could maybe like. Eve was still pitiful. She just showed no real volition. She basically went with any man who came for her. Yea, she complained about it, but when Michel came for her she went with him, then when Julien showed up she scarpered with him, then Michel took her again, and then Dylan snatched her up and she just floated along with him too. She went along with Soran's plans and basically allowed herself to be used by everyone. She was a seriously, wimpy woman who I didn't enjoy at all. BUT, I didn't want to slowly scrape the skin from her scalp as I did throughout Ascension. That's an improvement right? Julien however, Julien I fell a little in love with. I think it was the first time in the whole series I actual connected with a character. Too bad he was so easily controlled.

I'm still lost about Michel's insistence on total submission from Eve. It just made no sense. Every-time Eve asked why he wanted it, he responded with some variation of, "I don't want it, you do" (which already annoys me because it inferred she was too stupid to even know her own feelings, but he of course could) or "we have to do it to fool Soran." Both answers bother me.

The first because it's an occluded fallacy. It ignores the fact that he wanted it very much and not just for her benefit. It's what he liked in general. This was made apparent on numerous occupations, though he seemed to continue to deny it. Plus, if it really were just for her, all that would be needed would be sexual domination, which she was willing to give him. It was blind control of the rest of her life she chafed about and that non-sexual domination (what she wore or ate, whether she was or wasn't on birth control, where she lived, when she was allowed to speak, etc) in no way addressed her personal issues that submission was claimed to free her from.

Second, how exactly was her act of submission supposed to fool the super-evil, TELEPATHIC bad-guy? It just wouldn't. So why bother with the act? It all felt like Michel's lie to get control of her, which made me hate him and lose respect for her for allowing it.

Though most of the writing was fine, the whole 'for' thing became like nails on a chalkboard to me. Here is an example sentence, "He pulls me into his arms and I let him, not fighting his touch for I need it now." Multiply that by about 400. The patter started to grate.

The book did drag a bit in the middle, but Eve was finally allowed to leave the bedroom long enough to participate in at least some of the action—even if it was blindly, without being told the details (little more than an animate tool). I swear there wasn't a single man in the book(s) who thought she deserved to know anything, let alone be party to a decision and she let this pattern ride. I still think the vampire/angel Biblical battle plot is an interesting one. Too bad it's being drug over so many books. Though this book does actually have a conclusion of sorts, a new arc was established at the tale end. So, there must be more books to come.
Read more
3 people found this helpful
Report abuse

kerbytejas
5.0 out of 5 stars The war is on - top 10 read
Reviewed in the United States on 12 January 2013
Verified Purchase
The war is on, the world is suffering, our cast of characters has increased by one new important player - Dylan. Dylan turns out to be an person of interest to Eve, even though he is currently associated with Blackstone.

I found the threat to the world to be fascinating... I know each time I go to a gas station I briefly think about the effect that petrochemicals have on my life (mainly what I have to pay for it, & its environmental effect on the world) but I have never considered the BIG PICTURE...well lets just say I give more thought to it now.

I find that I personally am much like Eve - as a child I was always asking why and it drove my Father crazy...Eve is still questioning everything in this book, and Michel is at his wits end at times. He continues to want Eve to submit fully to him and trust his decisions, he states that she is critical in saving the world, but that he can not share the fine details as each action creates a reaction, thus possibly changing the outcome of the events.

The brothers continue to have different ways of dealing with Eve, her importance to the salvation of mankind and the covenant with the vampires. Both love her and want to do everything to keep her happy, and have an void in the existence when she is not with them. As Eve continues to move between brothers, in an attempt to foil Blackstone and Dominion, Soren continues to use Eve as tool against the brothers, insuring their submission to him and their participation in his plans.

Blackstone and Soren continue to be the enemies, and mankind is non the wiser to what is going on. Eve continues to have feelings for both brothers, and continues to learn more about her history, purpose and her mother from each of them. Dylan our new character, brings more of Eve's history to the forefront (and we learn his importance to her), and has an active role attempting to destroy Soren.

The continued plot development is excellent, the descriptive & character elements awesome - the threat to mankind very real. All in all a very enjoyable read. I probably should have read these books slower, as it will be difficult to wait till the next book is out, but I'll be watching for it.

It will be so hard waiting for books 4 & 5 due out in 2013
Read more
2 people found this helpful
Report abuse
See all reviews
Back to top
Get to Know Us
Make Money with Us
Let Us Help You
And don't forget:
© 1996-2021, Amazon.com, Inc. or its affiliates