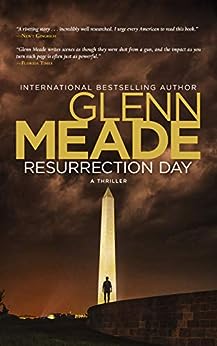 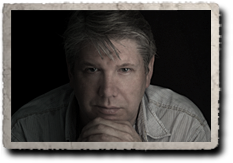 by Glenn Meade (Author) Format: Kindle Edition
See all formats and editions
Sorry, there was a problem loading this page. Try again.
Once the supermarket shelves empty, civilization is only one meal away from total anarchy....

Want to know how the government plans to cope with the massive unrest, fear, and panic of a pandemic disaster like COVID-19?
Want to know where YOU figure in it all?

A book that became a prophecy....

‘A riveting story…incredibly well researched. I urge every American to read this book.’ NEWT GINGRICH

'Meade's research is so extensive yet unobtrusive...that it is often easy to forget you're reading fiction.... This is a completely riveting thriller in the tradition of the Day of the Jackal. A white knuckler!'
THE WASHINGTON POST

COVID-19
Are you in the throes of confusion, panic, and fear? There’s likely a lot more to come. Read on....
RESURRECTION DAY.
Want to know how America and the world will do battle against a looming international disaster like the COVID-19 pandemic?

In seven days Islamic terrorists will unleash an appalling new weapon on the Western World unless their demands are met. With millions of lives at stake, Washington and Moscow realise they have no choice but to join forces and put their two top investigators in charge of the manhunt.

As the President of the United States contemplates choosing between humiliating defeat and mass destruction, Jack Collins and Alexei Kursk find themselves pitted not only against a ruthless enemy, but also against each other.

And time is running out…


RESURRECTION DAY
The novel that America refused to publish because it was too controversial.
At its heart is a story about a city, a country and a president trying to do battle with the mayhem of a major national disaster. And how FEMA—whose mission it is to oversee the federal response to all natural disasters, hazards, and pandemics—will attempt to cope.

Learn about:
•The reality of ‘ghost’ ships anchored off the US coast, ready and waiting in case a deadly disaster or pandemic strikes—vessels ready to dispose of a rising numbers of bodies that may pose a public health risk. Stocked with cement-making equipment, the ships are ready to dispose of huge numbers of corpses, encasing them in cement laden dumpsters and ferrying out to the ocean to be disposed of, to avoid disease and contamination.
•How authorities will attempt to cope with food shortages, riots, fear, panic and massive civil unrest.
•What tricks would disaster agency FEMA use to quickly evacuate a doomed city, and prevent panic taking over? Hint: your nearest ATM cash machine will play a vital role.
•How will cities and towns deal with the breakdown of law and order, especially in densely populated areas and in ghettoes?
•Overloaded hospitals and ERs—what is the best hope for you and your family in a pandemic or natural disaster? To flee the city to the safety of rural areas or to stay put?
•How the government will take care of their own in secret, safe locations, and to hell with you.

RESURRECTION DAY is a novel, a fiction, a story that was in many ways prophetic about 9/11, but the background research is NOT fiction—it is reality.
The circumstances may be different—COVID-19, and not a deadly nerve gas attack facing America and the Western world, as in the book—but at heart many of the circumstances and the methods of dealing with this massive looming pandemic we face are the same.

Scarily prescient and fascinatingly insightful new thriller from the author of BRANDENBURG and THE SANDS OF SAKKARA. --This text refers to an out of print or unavailable edition of this title.

No one else foresaw a massive al-Quaida attack on the US mainland as accurately nor with such eerie timing... Meticulously researched - The TimesA tremendous sense of dramatic action and page-turning excitement culminating in a riveting, thought-provoking climax - Marcel Berlins in The Times on Snow WolfHe has taken a piece of second world war history and gilded it with his craftman's hands to create a desert stormer - Evening Herald, Dublin on The Sands of SakkaraSheer, nail-biting suspense. A rare treat - Sunday Telegraph on Brandenburg --This text refers to an out of print or unavailable edition of this title.

Glenn Meade lives in Dublin. A former journalist and a specialist in the field of pilot training, he has recently left his job to write full time. --This text refers to an out of print or unavailable edition of this title.
Read more

Glenn Meade was born into a working-class family in Dublin, Ireland. After finishing secondary school he had a tough time choosing between studying theology or engineering, but eventually engineering won out and he studied telecommunications. Soon after graduating, he lived and worked in New Hampshire. He worked as a specialist in the field of pilot training—having had a life-long interest in aviation—and has also been a journalist for the Irish Times and the Independent.

While living in New Hampshire, he persistently tried to interview the famously reclusive author of CATCHER IN THE RYE, J.D. Salinger, an effort that only served to vex Salinger, who set his dogs on Meade, who luckily managed to outrun Salinger’s hounds and survive.

He began writing in earnest in the late eighties, when he wrote and directed his own plays, mostly for the Strand Theatre in Dublin, but Meade decided to turn his efforts to thriller writing in the mid-nineties.

His novels to date—SNOW WOLF, BRANDENBURG, THE SANDS OF SAKKARA, RESURRECTION DAY, WEB OF DECEIT, THE DEVIL’S DISCIPLE, THE SECOND MESSIAH—have been translated into twenty-six languages, and have enjoyed critical and commercial success.

His first novel, BRANDENBURG, about a neo-Nazi resurgence in present-day Europe, came about when he travelled to Germany to write an article for the Times on the billions in Nazi gold that went missing at the end of the Second World War. Quite by accident, he met an elderly former SS officer who told him a remarkable and highly personal tale about his part in keeping a disturbing war-time secret. That story became the inspiration for BRANDENBURG.

Several of his novels were also inspired by his journalistic work but inspiration only takes you so far and Meade claims that to produce anything of worth it always comes down to the same three constants: hard work, prayer, and putting your imagination through the wringer.

Critics have compared the standard of his work to that of Frederick Forsyth, John le Carre, and Tom Clancy, and his stories have tended to be a tantalising blend of fact and fiction. SNOW WOLF won the prestigious thriller of the year award by the Japanese Writer's Guild (second place went to Stephen King's THE GREEN MILE).

He has also worked on several Hollywood scripts but Meade confesses that employment in Tinsletown was not a pleasant experience and he has learned to stick to the golden rule for novelists whose work is bought by Hollywood—gratefully accept the pay check, walk away and just pray that they don’t turn your treasured story into a musical.

Meade has earned a reputation for meticulously researched stories and has travelled extensively—to Russia, the Middle East, Europe—to research his novels. For RESURRECTION DAY, a highly realistic thriller about a dramatic attack on the US capital by an Al Qaeda terror group armed with a chemical weapon of mass destruction, and completed three weeks before the events of September 11th, he spent many months in Washington DC. He interviewed senior White House staff, former Secret Service agents, US Federal emergency planners, and senior FBI terrorist experts, some of whom were later involved in the hunt for Al Qaeda terrorist suspects on US soil. One former senior FBI source, John O’Neill, who helped Meade, was killed in the September 11th attacks, having resigned from the bureau only months prior to taking up a new post—as head of security at the Twin Towers.

RESURRECTION DAY was published internationally but Meade’s then New York publisher considered it too raw a subject for the US, coming so soon after 9/11, and they parted company. However, the work garnered rave reviews and much media attention in Europe.

Having read the book, Newt Gingrich, then a member of the Hart-Rudd commission (set up post 9/11 by President George Bush with responsibility for determining future likely terrorist threats against the US) was so impressed that he contacted Meade and kindly offered him an unsolicited rave review on Gingrich’s website, urging all Americans to read the book. (See remarks below)

Glenn Meade spends some of his free time in the American south. Some years ago at the tail end of a book tour he decided to linger in the south for a while. ‘I loved the scenery, the courtesy and the kindness of the people, their innate sense of fairness and strong-rooted belief, garnished with just a genteel touch of rebel wackiness.’

'Meade's research is so extensive yet unobtrusive...that it is often easy to forget you're reading fiction and not history. This is a completely riveting thriller in the tradition of the Day of the Jackal. A white knuckler!'

'Meade's scintillating characterization and brilliant plot has you bound to your armchair. Be assured you will loose sleep--this book is extremely unputdownable. It is reassuring to know there is a worthy successor to Forsyth and Ludlum.'

'A tremendous sense of dramatic action and page-turning excitement culminating in a riveting, thought-provoking climax.'

'Glenn Meade writes scenes as though they were shot from a gun, and the impact as you turn each page is often just as powerful.'

'A writer of powerfully built and skilfully executed plots. Immerse yourself in his intricately woven intrigue and explosive action, and enjoy them thoroughly!'

‘A heart-stopping thriller, part fact, part fiction, with a strong, passionate heroine at its center.’

‘Meade writes with a silken pen. A literate, memorable story that will freeze readers’ attention and chill their blood.’

'Chilling--another literate and suspenseful thriller from an estimable storyteller.'

‘A riveting story…incredibly well researched. I urge every American to read this book.’

Ashwathi
5.0 out of 5 stars Ressurection day
Reviewed in India on 4 October 2020
Verified Purchase
Read Meade's Snow wolf long back.. And was a book that I have kept so close
Even though i have searched for 1 of his book i couldn't find. Read so many thrillers after that, some good some ok. A void always remained. By the time i had gt access to kindle i had forgot about Meade.. Bt know read Glenn Meade again. At first I was anxious about whether this piece of writing is going to blow the image i had. But it failed to..
Loved it.
Read more
Report abuse