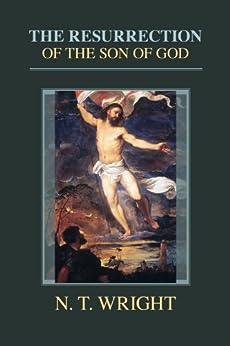 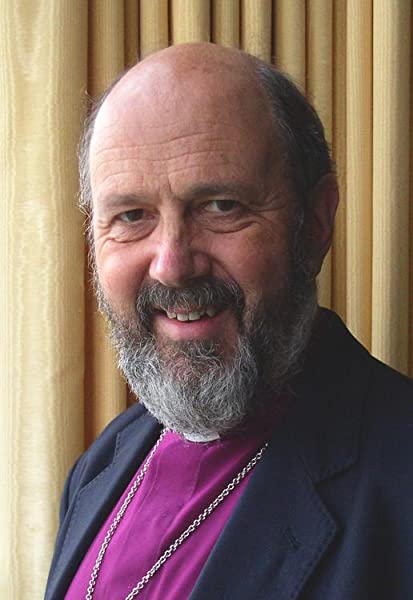 by Tom Wright (Author) Format: Kindle Edition
Book 3 of 4: Christian Origins and the Question of God
See all formats and editions
Sorry, there was a problem loading this page. Try again.
N.T. Wright takes us on a fascinating journey through ancient beliefs about life after death, from the shadowy figures who inhabit Homer's Hades, through Plato's hope for a blessed immortality, to the first century, where the Greek and Roman world (apart from the Jews) consistently denied any possibility of resurrection. We then examine ancient Jewish beliefs on the same subject, from the Bible to the Dead Sea Scrolls and beyond. This sets the scene for a full-scale examination of early Christian beliefs about resurrection in general and that of Jesus in particular, beginning with Paul and working through to the start of the third century. Wright looks at all the evidence, and asks: Why did the Christians agree with Jewish resurrection belief while introducing into it - across the board - significant modifications? To answer this question we come to the strange and evocative Easter stories in the gospels and asks whether they can have been late inventions. Wright seeks the best historical conclusions about the empty tomb and the belief that Jesus really did rise bodily from the dead, recognizing that it was this belief that caused early Christians to call Jesus 'Son of God'. In doing so, they posed a political challenge as well as a theological one. These challenges retain their power in the twenty-first century.
Read more
Previous page
Next page

"- 'The sweep of Wright's project as a whole is breathtaking. It is impossible to give a fair assessment of his achievement without sounding grandiose: no New Testament scholar since Bultmann has ever attempted - let alone achieved - such an innovative and comprehensive account of New Testament history and theology.' Richard B. Hays on The New Testament and the People of God --This text refers to an alternate kindle_edition edition.

Tom Wright is Research Professor of New Testament and Early Christianity at the University of St Andrews. His recent books include God in Public (2016), Spiritual and Religious (2017) and (with John Goldingay) The Bible for Everyone (2018). --This text refers to an alternate kindle_edition edition.

N.T. WRIGHT is the former Bishop of Durham in the Church of England and one of the world’s leading Bible scholars. He is now serving as the Chair of New Testament and Early Christianity at the School of Divinity at the University of St. Andrews. For twenty years he taught New Testament studies at Cambridge, McGill and Oxford Universities. As being both one of the world’s leading Bible scholars and a popular author, he has been featured on ABC News, Dateline, The Colbert Report, and Fresh Air. His award-winning books include The Case for the Psalms, How God Became King, Simply Jesus, After You Believe, Surprised by Hope, Simply Christian, Scripture and the Authority of God, The Meaning of Jesus (co-authored with Marcus Borg), as well as being the translator for The Kingdom New Testament. He also wrote the impressive Christian Origins and the Question of God series, including The New Testament and the People of God, Jesus and the Victory of God, The Resurrection of the Son of God and most recently, Paul and the Faithfulness of God.

4.8 out of 5 stars
4.8 out of 5
326 global ratings
How are ratings calculated?
To calculate the overall star rating and percentage breakdown by star, we don’t use a simple average. Instead, our system considers things like how recent a review is and if the reviewer bought the item on Amazon. It also analyses reviews to verify trustworthiness.

Erastos Filos
5.0 out of 5 stars Theological Implications from the Historicity of Jesus' Resurrection
Reviewed in the United Kingdom on 13 October 2020
Verified Purchase
What happened on Easter morning? N.T. Wright believes that this question – the central theme of the book – is closely related to the question of why Christianity began, and why it took the shape it did. His intention was to write about the historical beginnings of Christianity and about the question of God – not an easy undertaking, given the amount of historical and theological thinking that has been invested in researching this topic, this is perhaps why the book has turned out to be that voluminous (more than 800 pages). Its purpose, Wright contends, is determined by two sub-questions: what did the early Christians think happened to Jesus, and what can we today say about the plausibility of those beliefs?

Wright is well aware of the two hundred-year fight to keep history and theology at arm’s length. The resurrection accounts in the canonical gospels have almost routinely been treated by post-Enlightenment scholarship as mere back-projections of later Christian belief, with only shaky claims to historical veracity, he claims. This understanding of Jesus’ resurrection is still widely accepted in scholarship and many mainline churches: ‘resurrection’ could mean a variety of different things; Paul, did not believe in bodily resurrection, but held a ‘spiritual’ view; the earliest Christians used ‘resurrection’ language initially to denote such a belief but underwent a kind of fantasy or hallucination; and, finally, whatever happened to Jesus’ body, it was certainly not ‘raised from the dead’ in the sense that the gospel stories seem to require. Wright challenges this by saying that the resurrection of Jesus was just as controversial nineteen hundred years ago as it is today. The discovery that dead people stay dead was not first made by the philosophers of the Enlightenment.

Wright shows that this position, fashionable as it has been, leads to enormous historical problems which disappear when treated as descriptions of what the first Christians believed actually happened. They are not the leaves on the branches of early Christianity. They look very much like the trunk from which the branches themselves sprang.

Is there an alternative explanation for the rise of the early church? Early Christianity was a ‘resurrection’ movement through and through and Wright states precisely what ‘resurrection’ involves (going through death and out into a new kind of bodily existence beyond, happening in two stages, with Jesus first and everyone else later). Early Christianity’s answer was based on a firm belief that Jesus had been raised from the dead, his tomb was empty, and several people, who had not previously been followers of Jesus, claimed to have seen him alive in a way for which the readily available language of ghosts, spirits and the like is inappropriate. If one takes away either of these historical conclusions, the belief of the early church becomes inexplicable, Wright claims.

So, what is the ultimate theological impact of the resurrection? Wright offers some hints in the final chapter: "Death—the unmaking of the Creator’s image-bearing creatures—was not seen as a good thing, but as an enemy to be defeated. ... The early Christians saw Jesus’ resurrection as the act of the covenant god, fulfilling his promises to deal with evil at last" (727). Furthermore, "[c]alling Jesus ‘son of god’ ... constituted a refusal to retreat, a determination to stop Christian discipleship turning into a private cult, a sect, a mystery religion. It launched a claim on the world ... It grew from an essentially positive view of the world, of creation. It refused to relinquish the world to the principalities and powers, but claimed even them for allegiance to the Messiah who was now the lord, the kyrios" (729). And, finally: "The resurrection, in the full Jewish and early Christian sense, is the ultimate affirmation that creation matters, that embodied human beings matter" (730).
These powerful messages, emanating from the historicity of the resurrection, offer the grounds for preaching the message of hope to a distressed and desperate humanity, a message that proves that the resurrection in fact is the reason behind the powerful start of Christianity as a world-changing grassroots movement that it truly has been.

chula
5.0 out of 5 stars Great book, maybe rambles more than the previous two
Reviewed in the United Kingdom on 1 April 2022
Verified Purchase
Loved the book, though I felt it might be a bit less well structured than his previous two (NTPG, JVG). The physical quality of this edition, if I remember correctly, was also less good than the old one I'd borrowed for the other books. Pages whiter (harsher on my eyes), larger margins (unnecessarily so) and text not always so clearly printed.
Read more
Report abuse

Tymon
5.0 out of 5 stars Five Stars
Reviewed in the United Kingdom on 7 May 2018
Verified Purchase
well worth reading
Read more
Report abuse