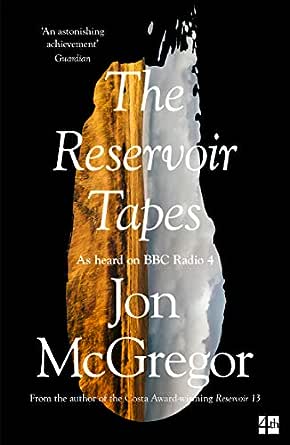 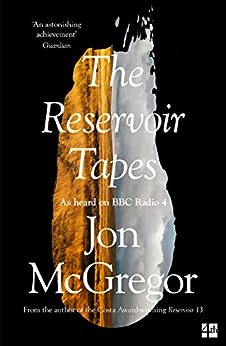 ‘For anyone who enjoyed Reservoir 13, it is essential reading’ Financial Times

‘It’s an astonishing achievement, both effective and deeply affecting…’ Guardian

‘A wonderful book. He’s an extraordinary writer, unlike anyone else’ Paula Hawkins

‘Absolutely magnificent; one of the most beautiful, affecting novels I've read in years. The prose is alive and ringing. There is so much space and life in every sentence. I don't know how he's done it. It's beautiful‘ Eimear McBride

‘This is a book quite unlike anything I have read before. There's a hypnotic pull to the narrative, which has an irresistibly cumulative effect: in time I felt intimately immersed in a community traumatised by tragedy. Moreover McGregor writes with rare grace and integrity, and with such exquisite care the reader would be hard-pressed to find an infelicitous syllable, still less a word or phrase. If people were not already aware that here is one of our most accomplished living writers, they certainly will be now’ Sarah Perry

‘McGregor writes with such grace and precision, with love even, about who and where we are, that he leaves behind all other writers of his generation‘ Sarah Hall

'Reservoir 13 is quite extraordinary – the way it’s structured, the way it rolls, the skill with which Jon McGregor lets the characters breathe and age’ Roddy Doyle

‘If you don't yet know you should read novels by Jon McGregor, then I can't help you' Evie Wyld

‘A work of intense, forensic noticing; an unobtrusively experimental, thickly atmospheric portrait of the life of a village which, for its mixture of truthfulness and potency, deserves to be set alongside works of such varied brilliance as Ronald Blythe’s Akenfield, Jim Crace’s Harvest and Dylan Thomas’s Under Milk Wood’ Sarah Crown, TLS

Jon McGregor is the author of four novels and a story collection. He is the winner of the IMPAC Dublin Literature Prize, Betty Trask Prize, and Somerset Maugham Award, and has twice been longlisted for the Man Booker Prize. He is Professor of Creative Writing at the University of Nottingham, where he edits The Letters Page, a literary journal in letters. He was born in Bermuda in 1976, grew up in Norfolk, and now lives in Nottingham.

MisterHobgoblin
TOP 1000 REVIEWER
5.0 out of 5 stars Gentle, subtle and beguiling
Reviewed in Australia on 6 January 2018
Jon McGregor’s Reservoir 13 stepped out life in a small town, year by year, over the 13 years since a teenage visitor, Becky Shaw, went missing. One of the most powerful aspects of the novel was the lack of sensationalism about the disappearance; it was mentioned in the first year or two, but faded into the backstory. Occasionally a piece of clothing would turn up or a memory would be stirred, but it was merely incidental.

So the Reservoir Tapes is a companion piece. In that first year, we have 15 narratives from 15 different people regarding Becky’s disappearance. Bookended by the two parents, there is puzzlement, sadness and a great deal of indifference demonstrated by the town’s residents.

I believe this was first conceived as a series of short radio broadcasts, so each narrative is roughly the same length and self-contained in terms of telling a story with a beginning, a middle and an end. Each narrator has a quite different voice, each has an agenda…

Just like Reservoir 13, the pitch is gentle, subtle and beguiling. There is as much told through reading between the lines, spotting what is not being said, as by the words themselves. This is a perfect companion piece that adds significantly to Reservoir 13 without taking anything away.

Kindle Customer
3.0 out of 5 stars Ended abruptly
Reviewed in the United Kingdom on 7 October 2018
Verified Purchase
As with reservoir 13, I was immediately engaged and the character's and situations were absorbing. But then the book ended abruptly.
Read more
One person found this helpful
Report abuse

artemis
3.0 out of 5 stars Ultimately disappointing
Reviewed in the United Kingdom on 23 June 2018
Verified Purchase
I was enjoying this book and then it just ended. I would rate this as an average holiday read but nothing special
Read more
One person found this helpful
Report abuse

dad/poet/wage-slave
4.0 out of 5 stars Compelling, as long as you have read Reservoir 13
Reviewed in the United Kingdom on 11 October 2019
Verified Purchase
McGregor has a gift for getting under the skin of everyday life and revealing the hidden motivations, the private fears, the desire held - just - in check. This is a good follow-up to Reservoir 13, the prequel perspective offering depth to that story and laying out a complex web of potential threat and unseen possibility.
Read more
Report abuse

Cait Hatstand
4.0 out of 5 stars You need to have read Reservoir 13 first
Reviewed in the United Kingdom on 2 April 2019
Verified Purchase
Very much enjoyed Reservoir 13 so thought I'd read this. Interesting companion and does seem to give a firm pointer as to what happened.
Read more
Report abuse
See all reviews
Get FREE delivery with Amazon Prime
Prime members enjoy FREE Delivery and exclusive access to movies, TV shows, music, Kindle e-books, Twitch Prime, and more.
> Get Started
Back to top
Get to Know Us
Make Money with Us
Let Us Help You
And don't forget:
© 1996-2020, Amazon.com, Inc. or its affiliates