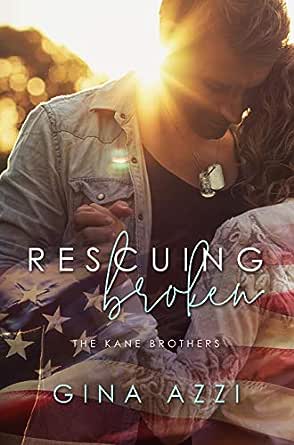 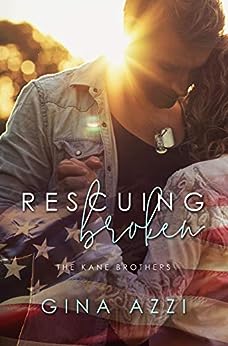 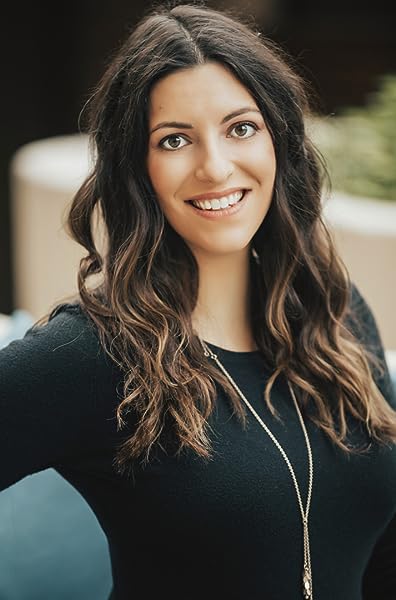 Gina Azzi loved every moment of college-especially her study abroad experiences, internships, and travel adventures! She draws from these experiences to create the storylines for her new adult and contemporary romance books. A passionate reader, frequent globetrotter, and aspiring baker, Gina resides in Canada with her family.

4.4 out of 5 stars
4.4 out of 5
213 global ratings
How are ratings calculated?
To calculate the overall star rating and percentage breakdown by star, we don’t use a simple average. Instead, our system considers things like how recent a review is and if the reviewer bought the item on Amazon. It also analyses reviews to verify trustworthiness.

Gen’s book mail
TOP 1000 REVIEWER
4.0 out of 5 stars Second chance romance, well written
Reviewed in Australia on 27 July 2020
Verified Purchase
This was the first book I’ve read by Gina Azzi. It was beautifully written from both Jax and Evie’s perspectives, both suffering from PTSD.

I would have enjoyed more on Jax. Great read with a HEA.
Read more
Helpful
Report abuse

Rosie
TOP 100 REVIEWER
5.0 out of 5 stars Beautifully and sensitively written.
Reviewed in Australia on 17 July 2020
Verified Purchase
So often we read stories about the returning soldier coming home to his girl and he's so broken, he doesn't know if he can live normally again. Certainly Jax has endured many horrors of war and as well as a physical wound, he is dealing with PTSD.
In this story, while Jax went off to war, Evie was the one who experienced something so bad, it broke her.
This beautiful and sensitively written story follows Evie and Jax through a journey of realisation, forgiveness and love.
The Kane brothers are a wonderful group of men. Further books will explore each of their journeys.
Read more
Helpful
Report abuse
See all reviews

tasha
2.0 out of 5 stars Disappointed
Reviewed in the United Kingdom on 21 February 2021
Verified Purchase
I went into this book like all others.

This book dragged on. We guess early on what happened to Evie. But we don’t learn it until around 80% and then poof she’s magically cured and happy and everyone’s all good and dandy.

Just no.
This book was filled with so much inner dialogue it drove me insane. The author didn’t show us either. It was all told to us. ‘I shivered’ I did this. I did that. I struggled to finish the book and tbh. Feel like this could have been so much better had we learnt what happened to Evie a lot earlier. Abs max spent time breaking down her walls

avid reader
5.0 out of 5 stars love this cover
Reviewed in Canada on 20 November 2018
Verified Purchase
The cover caught my attention and I had to read it. This story was well developed, and I loved the plot line. I would defiantly recommend this story.
Read more
Report abuse

Dbld
3.0 out of 5 stars Too long apart
Reviewed in the United States on 9 March 2019
Verified Purchase
I hate long separations and this one was seven years. He went to war and she had something traumatic happen to her and it is a trigger for most people so be warned. I knew though from the beginning and most people will figure it out long before you know for sure. It's sad and she Totally shut her life off for seven years. He loved her and wanted her back but I wasn't sure if I did. He just annoyed me at first but he did grow on me. They both made mistakes and they both paid for them. There wasn't a resolution really at the end. I wanted to see her totally accept him at the end but you dont. I did love the authors writing style and I will try her again. There is only kissing in the book. I don't know if I will read Carter's story which is next because he was a man ho but who knows. Good story, solid writing. Celibacy for him is unclear. I do believe he loved her though at the end. And she always loved him.
Read more
20 people found this helpful
Report abuse

dncall
2.0 out of 5 stars Find a different book
Reviewed in the United States on 28 January 2021
Verified Purchase
MY RATING SYSTEM
5 stars--WOW
4 stars--would read again
3 stars--was good, won't read again
2 stars--read it, but didn't enjoy it
1 star--didn't finish, it was so awful

Do I need to read books before this one: no
Cliffhanger: no

SUMMARY
Evie prefers to hide at home, but her friends get her to come to the local bar. Jax has been home from war a week, his brothers take him to the local bar, he sees Evie. They're high school sweethearts who broke up when he enlisted. She's cold to him, and leaves. He feels guilty.

She's the receptionist at the local veteran physical therapy facility. She's fed up with how she's been in hiding the past 7 years, talks to her boss about shadowing him and applying for Baylor's physical therapy master's program. Jax volunteers to let her watch him.

In the locker room, Jax hears 2 men talking smack about Evie. The therapist calls him in before Jax goes after them. He asks his brothers, Carter and Denver, what happened to Evie; they won't tell him, she has to.

EVALUATION
Character development is lacking. We really don't know much about Jax and Evie other than a little of how they met, how they broke up, they both suffered a loss but we don't know how they deal with it, and they both have PTSD. We don't see much interaction with others to see any other aspects of their characters, either. And we don't get the full story of healing.

Plot is simply their being together provides a space for them to talk about what happened to them individually, but not for them to work through any of it. Where are the therapists?

RECOMMENDATION
I don't recommend this to anyone.

FAVORITE QUOTES
Evie Maywood was once as unpredictable as the weather: pure sunshine, bolts of thunder, or a calming blue for as far as the eye could see.

Part of me wants to just sit down on his lap, wind my arms around his neck, and cry out all of the feelings bubbling in my chest until his T-shirt is soaked through. And the other part wants to run from him as fast as I can before he can uncover all the ugly truths I keep locked away. Inhale. Exhale. Breathe in. Breathe out.

Confiding in someone about something that's held you hostage for years, something you've never felt comfortable talking about for the first time is emotionally draining.

I'm talking about it more and instead of driving me to seek consolation inwards and retreating from the world, it's causing me to realize that I do have a support system. And I can latch onto them to move forward.

How much better, lighter, cleaner I feel since confiding in others, filing a police report, taking some control over the situation.

"It's like I'm underwater. All the time. Everything around me is unfolding, and I can hear it and see it, but it's distorted somehow. I know I can reach the surface if I try, but it seems almost safer to just let myself sink, so I don't have to deal with everything that's above water." "What if everything above water is what you really want?" "But what if I fail?" "You could never fail, Evie. You've already survived so much. Plus, not attaining something doesn’t necessarily mean failure. It’s a learning experience. It means you were brave and bold enough to try. If you look at it like that, then failure isn't even a possibility."