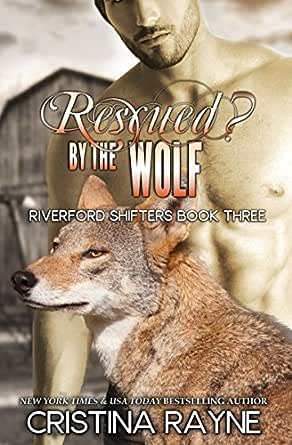 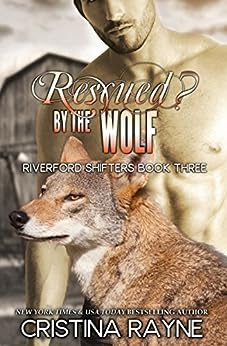 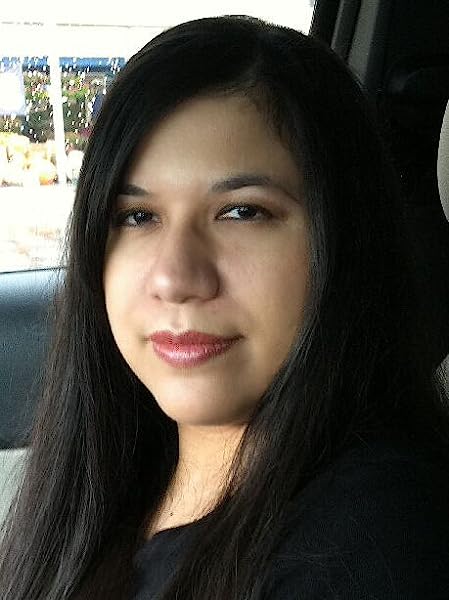 Cristina Rayne lives in West Texas with her crazy cat and about a dozen bookcases full of fantasy worlds and steamy romances. She also has a degree in Computer Science which totally qualifies her to write romances. As Fantasy is her first love, she feels if she can inject a little love into the fantastical, along with a few steamy scenes, then all the better. To learn more about her novels and upcoming release dates, or just to chat, visit her website at http: //www.CristinaRayneAuthor.com or sign up to receive her email reader newsletter at http: //eepurl.com/SOXKb for new release announcements, giveaways, and exclusive conten --This text refers to the paperback edition.

4.5 out of 5 stars
4.5 out of 5
51 global ratings
How are ratings calculated?
To calculate the overall star rating and percentage breakdown by star, we don’t use a simple average. Instead, our system considers things like how recent a review is and if the reviewer bought the item on Amazon. It also analyses reviews to verify trustworthiness.

Anne C. Schneider
5.0 out of 5 stars Meet Ryder and Tori
Reviewed in Australia on 21 September 2015
I was given an ARC of Rescued By The Wolf -Riverford Shifters Book 2.5 in exchange for an honest review. Tori is a rogue wolf on the run from the Chicago Clan where her father is the Alpha. Her father expected her to be an Assassin like her other siblings. She refused and began running three years ago. She is being chased by lions so she climbs into a truck, naked, and tells the driver to go. He smells that she is a lion and he says NO. As the lions get closer and start shooting, he takes off. She tells him she has information about the Lions and their plans in exchange for a ride. He lets her off in area he thinks is safe and says he will double back to mislead the assassins. After walking she decides to head to the highway where she sees his truck, tires shot out and blood. She follows his scent to an abandoned building and finds Ryder tied up. She opened a small to get in and for them to get out. As they are running out of the building there is shooting and Tori is shot. She wakes in as a lion in another place and figures she has been captured by the lions. This short story is another great read from Christina.
Read more
Helpful
Report abuse

Kindle Customer
4.0 out of 5 stars Nice Romance
Reviewed in Australia on 26 June 2015
Rescued? By the wolf buy Cristina Rayne
This is a great accompaniment to Tempted by the Jaguar and takes place after the foe mentioned book. Rescued? By the wolf is another great read written by Cristina Rayne. A lone lion who does not want to follow in the family traditions of being an assassin and has been on the run for the last three years. Until the lion retrievers find her in a sleepy town. Out of desperation she jumps into a complete stranger’s truck to get away. The truck belongs to a wolf who helped in the Tempted by the Jaguar to take out the lion compound.
Even though the Lions are considered very bad in the shifter world in these stories Victoria (Tori) and her new wolf friend Nolan hit it off and become very good friends. After they help each other with their lion problems and Tori even saves his life.
A great Novella and a nice touch of romance to give the reader a warm fuzzy feeling.
This is my honest review after reading the ARC.
Read more
Helpful
Report abuse

DR
5.0 out of 5 stars Great action and romantic shifter story
Reviewed in Australia on 12 June 2015
I read this short story in Shifters Gone Alpha. In fact, I bought that boxed set to get this book, because I had read the first Riverford Shifters book, Transformation (Tempted by the Jaguar #1), and loved it. It is a really neat world. The lion shifters are the bad guys, trying to take over the world, and willing to do any horrible thing to other shifters. They are still hiding from humans, but plan on ruling the humans in the future, too.
Our heroine is a rogue lion shifter who had been raised and trained to be an assassin under the orders of her lion clan leaders. Tori was unwilling to be a killer, and had escaped when she was sent on her first assignment. At the start of the story, she is almost captured by three lion retrievers, sent to bring her home to be tortured as punishment.
Our hero is a wolf shifter. Just so you know, the wolves hate the lions, and in general, the lions deserve it. They meet when she is being chased by the retrievers, and he really shows himself to be an alpha wolf, a good guy, and a hero.
I won't tell the whole story, you have to read it. There is action, love, sex, shifting, battles while shifted, and a great world that you learn even more about. The hero and heroine are both kick-a$$.
Read more
Helpful
Report abuse

Kristy Heinicke
5.0 out of 5 stars An awesome read
Reviewed in Australia on 19 June 2015
I was given a copy of 'Rescued? by the Wolf' from Cristina, in exchange for an honest review.

Oh My Goodness! That was short, fast paced & downright AWESOME! Having recently read the complete edition of 'Tempted by the Jaguar' I was excited to learn that 'Rescued? by the Wolf' was set after. Also this book is apart of the "Riverford Shifters" series, I would advise you read this after you finish 'Tempted by the Jaguar' but it isn't needed. I'm hoping there is more to come for this series, as it is an addicitng series.
Read more
Helpful
Report abuse
See all reviews

Brighton
3.0 out of 5 stars not as good as the last one but ok
Reviewed in the United Kingdom on 3 February 2017
Verified Purchase
i felt this story was made to give information for the next book as it felt a little out of sync with the story so far. there is danger, car chases ,love scenes , and intrigue. but it also felt contrived and rushed. this was not written as well as the other two books which were great. it was a little disappointing but as I do not know what is in the next book it might be relevant. will try the next book as this author show promise.
Read more
Report abuse

Angela Gunstone
5.0 out of 5 stars Rescued ? By the wolf
Reviewed in the United Kingdom on 25 March 2017
Verified Purchase
Loved the storyline and the characters so it's a well deserved five stars and I would recommend this book to everyone as it was hard to put down
Read more
Report abuse

D Thomas
5.0 out of 5 stars You are not just what you look like.
Reviewed in the United States on 24 September 2015
Verified Purchase
Rescued by the Wolf (Riverford Shifters, #2.5)
by Cristina Rayne

This is book 2.5 of the Riverford Shifters. A short story. It is still part of the serial, but more of a spin-off, as it is about 2 different main characters. There really isn't a cliff-hanger. Just kind of a....wondering.

Tori has been on the run for three years. Hiding out from her father, the Alpha of her clan in Chicago. She is a rogue and the lion clans deal with them harshly.

She is found by the Retrievers and to get away, she jumps into a truck. Only it isn't a human driving that truck.....it is a wolf.

Nolan is a very unhappy wolf-shifter when a lion-shifter jumps into his truck and screams for him to "Drive!"

No one in Riverford or Parker grove will trust a lion, but Nolan decides that there is more to her then just being a lion shifter. Now they just have to survive long enough so she can tell what she knows.

I am really looking forward to book 3 and also hope to hear more about Tori and Hunter.
Read more
One person found this helpful
Report abuse
See all reviews
Back to top
Get to Know Us
Make Money with Us
Let Us Help You
And don't forget:
© 1996-2021, Amazon.com, Inc. or its affiliates