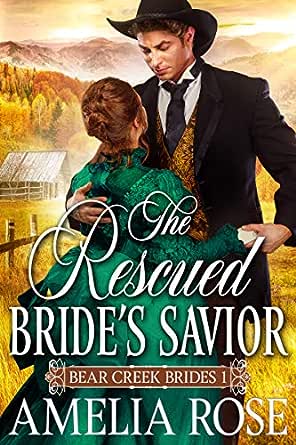 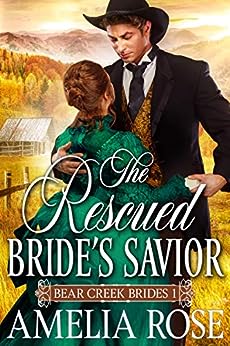 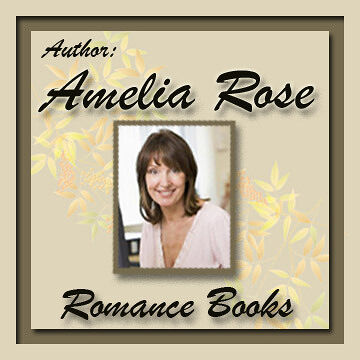 4.4 out of 5 stars
4.4 out of 5
271 global ratings
How are ratings calculated?
To calculate the overall star rating and percentage breakdown by star, we don’t use a simple average. Instead, our system considers things like how recent a review is and if the reviewer bought the item on Amazon. It also analyses reviews to verify trustworthiness.

Kindle Customer
5.0 out of 5 stars The Rescued Bride's.
Reviewed in Australia on 13 January 2020
Verified Purchase
Loved the story of Matthew and Jenny and Margaret and the hole lot of characters in the book story was the best I have read for a while could not put it down loved the twists and turns setbacks ups and downs things that went wrong but they all worked out in the end cannot wait to read the the next book thanks do not miss read the story.
Read more
Helpful
Report abuse
See all reviews

Amanda Robinson
5.0 out of 5 stars Great read
Reviewed in the United Kingdom on 13 January 2020
Verified Purchase
I loved this book from start to finish.
Read more
Report abuse

H. Bala
5.0 out of 5 stars it's the supporting characters that kept me turning pages
Reviewed in the United States on 16 May 2020
Verified Purchase
The Rescued Bride's Savior sets itself back in the frontier days when people had to get by with not much. Heck, times were so frugal, even gents named Mathew could only afford one "t" in their name. This is Book 1 in Amelia Rose's Bear Creek Brides series. I'm so tangled up in binge-reading mail-order bride romances, it's hard to keep straight the Bear Creek Brides from the Ruby Springs Brides, and the Sun River Brides, and the Colorado Mail Order Brides, and so on... that's a crap ton of brides. But The Rescued Bride's Savior is a notch above most other historical western romances, despite the clunky book title.

Honestly, it's not the plucky heroine that separates this one from the pack. Oh, Jenny Phillips is engaging enough, and, at eighteen years of age, she knows how to go for what she wants. When her family's opulent lifestyle in Richmond, Virginia comes crashing to an end... when it seems she and her frail mother, Margret, can't live down the scandal... when her oppressive uncle means to marry her off willy-nilly to someone wealthier but much, much older... a desperate Jenny espies an advertisement for a mail order bride in the Matrimonial Times. And anything to get out of Richmond, right? Jenny responds to the ad, and off she and her mother go, heading west for their fresh start.

I think the only thing wrong with Mathew Jenkins is that he keeps his hair too long. He's a cattle rancher on the outskirts of Bear Creek, Montana, a dried-up mining town. And if he didn't have Brown Bear as a friend, he would've been a lonely man all his life. Brown Bear is one of the neat characters in this book - and, to extrapolate, probably in the series. He's the chief of the local Sioux tribe that's carried on being neighborly despite the battle at Wounded Knee two years ago. It's Brown Bear who convinces Mathew to get himself a wife.

Mathew never expected his mail order bride to bring her mom, but he takes it in stride. It's what I liked about the guy. Throughout the book, he stays consistently kind and welcoming and respectful. On the surface, he got a bum deal with this mail-order bride who can't cook or clean and knows nothing about ranch life. I appreciate that the author doesn't toss in some contrived dramatic conflict to spice up the plot. It's interesting, actually, that there's a dearth of dramatic conflict, not counting bad behavior from disgruntled miners and Jenny and her mom's struggles to adapt to their new circumstance. And by "struggles" I don't mean they were whinging about how hard everything is. It's admirable of these ladies of privilege that they've so willingly accepted their new lot. We get scenes of their excitedly poring over cookbooks - they've never cooked before - and scenes of them rolling up their sleeves as they go about cleaning Mathew's place. More astoundingly, they're practical enough and unpretentious enough that they're soon sounding out businesses in Bear Creek to see if they require domestic services. They're that determined to be independent and not anymore rely on anyone but themselves.

The romance between Jenny and Mathew is executed well enough, but it isn't one of my two favorite things about this book, although I appreciated that Jenny never much lingered on that she was marrying beneath her station. But it's her mom Margret's character progression that I really got into. She was always a nice lady and a great mom to Jenny, but she had a bit of a snobbish air about her, to start with. It's a fun ride observing as Margret steps outside her comfort zone and gets her elbow grease on and mingles with *gasp* Indians.

Speaking of Indians, I am a fan of Brown Bear, man. Dude's so affable, and yet you could sense the wisdom within him. I'm glad he continues on at least into the next book. Speaking of, there's an excerpt of A Faithful Bride for the Wounded Sheriff provided at the end of this one. I gobbled up the few chapters available since it catches us up with Jenny and Mathew a year and a half later, although the sequel isn't really about them. So, that's about it. Good book, clean read. A few surprisingly engaging characters. A chance to read up on the customs of a Sioux tribe circa turn of the century. 4.5 out of 5 stars.
Read more
9 people found this helpful
Report abuse

Omi
2.0 out of 5 stars Interesting, Easy Book To Enjoy
Reviewed in the United States on 3 April 2020
Verified Purchase
Although the book could use a better editor (numerous misspelled words, misuse of words and tense) it was a pleasant book to read. Good characters, believable situations and descriptions of common, food, dress and community. Suitable for teens and adults. Ps I've never heard of herding around cattle to keep them warm and exercised...)
Read more
7 people found this helpful
Report abuse

Draginzwing
4.0 out of 5 stars A sweet quick read
Reviewed in the United States on 12 March 2020
Verified Purchase
Jenny Phillips and her Mom Margaret Phillips were from a well to do family but learned very quickly through no fault of their own how to live in a poorer world. They have spunk and actually are willing to do hard work and get things done that they need to do. Jenny responds to a mail order bride offer. Mathew Jenkins has finally decided to settle down but due to the lack of single women in the area he decides to put out an ad for a mail order bride. Jenny responded to his in a truthful fashion and Mathew the gentleman he is could not let them stay in the predicament that they were in. Jenny and Margaret were not born into his world but did their best to fit in and finally learned to love it.
It was a very sweet story and I liked all of the main Characters. Margaret seemed uppity at first but by the end she changed into a more open minded person whom was willing to be friends with many people. A quick read.
I received this book for free from eBook Discovery. I voluntarily review this book. This is my honest review. The opinions in this review are 100% my own.
Read more
4 people found this helpful
Report abuse

Kindle Customer
4.0 out of 5 stars Good book
Reviewed in the United States on 12 March 2020
Verified Purchase
An interesting story line. Unfortunately the author knows little about cattle farming. The guy goes out every day just to make the cattle exercise to stay warm. He wants to hire farm hands to increase his herd so 3 men will go out every day to make cattle walk around. Laughable
Read more
6 people found this helpful
Report abuse
See all reviews
Back to top
Get to Know Us
Make Money with Us
Let Us Help You
And don't forget:
© 1996-2021, Amazon.com, Inc. or its affiliates