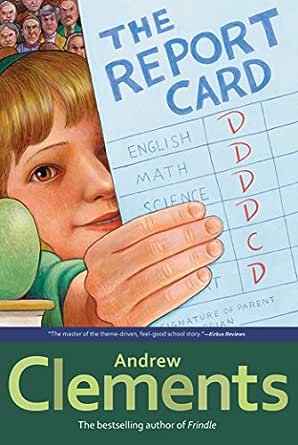 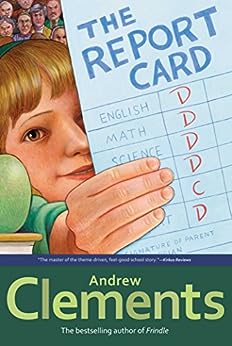 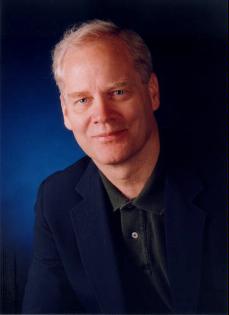 Releases February 16, 2021. Pre-order How to Avoid a Climate Disaster now with Pre-order Price Guarantee.
If the Amazon.com.au price decreases between your order time and the end of the day of the release date, you'll receive the lowest price. Order now
Get 90 DAYS FREE of Amazon Music Unlimited with purchase of an eligible product. Listen FREE for 90 days. Learn more here.

Andrew Clements (1949–2019) was the author of the enormously popular Frindle. More than 10 million copies of his books have been sold, and he was nominated for a multitude of state awards, including two Christopher Awards and an Edgar Award. His popular works include About Average, Troublemaker, Extra Credit, Lost and Found, No Talking, Room One, Lunch Money, and more. He was also the author of the Benjamin Pratt & the Keepers of the School series. Find out more at AndrewClements.com. --This text refers to the paperback edition.

"Kirkus Review" Grabs hold of your heart and never lets go --This text refers to the paperback edition.

4.7 out of 5 stars
4.7 out of 5
286 global ratings
How are ratings calculated?
To calculate the overall star rating and percentage breakdown by star, we don’t use a simple average. Instead, our system considers things like how recent a review is and if the reviewer bought the item on Amazon. It also analyses reviews to verify trustworthiness.

RajiP
3.0 out of 5 stars It's a good book but i feel it is a little overrated
Reviewed in India on 20 April 2019
Verified Purchase
Liked the beginning of the story and didn't like how it ended . we had very high expectations from this book but the book's ending was not like we expected and was rather abrupt.
Read more
Report abuse

Nazim8
5.0 out of 5 stars My son loves it
Reviewed in Canada on 16 April 2020
Verified Purchase
Thanks
Read more
Report abuse

Amazon Customer
3.0 out of 5 stars Delivered on time
Reviewed in India on 17 July 2017
Verified Purchase
It is good but I don t like reading
Read more
Report abuse

H. Bala
4.0 out of 5 stars Brush up on THE REPORT CARD
Reviewed in the United States on 10 May 2009
Verified Purchase
Probably the very coolest thing about Andrew Clements is that he manages to impart lessons even as he entertains his readers. This is never more evident than in some of my favorite Clements books.  Frindle  demonstrates the adaptability of a word.  The Landry News  delves into the first amendment and the power of the press.  The School Story  chronicles the process in which a twelve-year-old girl's novel is published. And then there's THE REPORT CARD.

"Most kids never talk about it, but a lot of the time bad grades make them feel dumb, and almost all the time it's not true. And good grades can make other kids think that they're better, and that's not true either. And then all the kids start competing and comparing. The smart kids feel smarter and better and get all stuck-up, and the regular kids feel stupid and like there's no way to ever catch up. And the people who are supposed to help kids, the parents and the teachers, they don't. They just add more pressure and keep making up more and more tests."

Nora Rose Rowley said that. Nora is a fifth-grader and she is a genius. Except that no one knows it. All her life Nora had kept her smarts a secret from everyone, even from her family. Secretly she takes an online college-level astronomy course from M.I.T., corresponds with a primate expert at the Jane Goodall Institute, and she's taught herself Spanish simply by viewing Spanish television shows. So, yes, Nora is a genius.

Nora wants a normal life, just wants to fit in; she doesn't like "performing." But that's about to change. To help out her best friend Stephen, who grows ever more anxious with regards to his grades, Nora is about to challenge her middle school and the state's standardized testing curriculum. It begins with her deliberately earning Ds on her report card (and, to her frustration, a C for Spelling). But what Nora doesn't figure on is that her actions would lead to a student uprising.

I happen to think that Andrew Clements is genetically encoded to be unable to write horrid books. Add THE REPORT CARD to his pile of terrific stuff. As usual, once you crack open the first few pages and allow Clements to set up the premise, he's got you. I got hooked early on in THE REPORT CARD when I got to the part where baby Nora was able to gaze at the scattered pieces of a jigsaw puzzle and instantly know how they fit together. After that bit of mojo, I just had to find out what happened.

This book features Clements' customary excellence in storytelling. He introduces us to a winning protagonist, plonks her in an intriguing premise, and raises thought-provoking issues along the way. Having been a school teacher himself, Clements shows the educators in this book in a good light, especially Mrs. Byrne, the school librarian and the first person to whom Nora opens up. Even the prohibitive villain, the unlikeable school psychologist/guidance counselor Dr. Trindler, isn't really a bad guy. Children (or basically whosoever else reads this book) will get a kick out of the appealing central character. To echo another reviewer, I felt a bit sorry for Nora in the sense that she's so intelligent that it's a struggle for her to fit in with regular kids, and she can't help but feel estranged. There are lessons to pick up on in this book, be it the significance of persistence in one's studies, yet tempering one's anxieties with knowing that tests do not ultimately define the student. And then there's that old maxim about, above all else, being true to yourself. I have no objections with Nora's wanting to be treated like a normal person. Nora is a genius. She's also only a kid. For a time, let her be a kid. But that's just my opinion. Read THE REPORT CARD and see if you agree.

Julissa
5.0 out of 5 stars Cute
Reviewed in the United States on 22 October 2019
Verified Purchase
Cute
Read more
One person found this helpful
Report abuse
See all reviews
Get FREE delivery with Amazon Prime
Prime members enjoy FREE Delivery and exclusive access to movies, TV shows, music, Kindle e-books, Twitch Prime, and more.
> Get Started
Back to top
Get to Know Us
Make Money with Us
Let Us Help You
And don't forget:
© 1996-2021, Amazon.com, Inc. or its affiliates