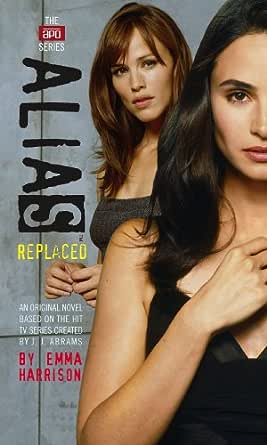 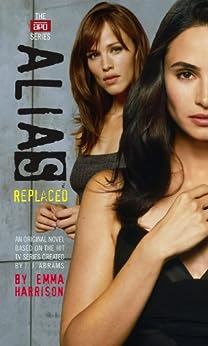 "Alias is one of those rare action dramas where all the elements...come together to form one perfect hour of television." --This text refers to an out of print or unavailable edition of this title.

Jeffrey Jacob "J. J." Abrams is a director, producer, writer, author, and composer, best known for his work in the genres of action, drama, and science fiction. Abrams wrote and/or produced feature films such as Regarding Harry, Forever Young, Armageddon, and Cloverfield. He created or cocreated a number of TV drama series, including Felicity, Alias, Lost, and Fringe. He has also directed Star Trek (2009), Star Trek Into Darkness (2013), the upcoming Star Wars: The Force Awakens, and several others. Emma Harrison has written several YA romances including The Best Girl, Tourist Trap, Snow Queens, and Finding What's Real, as well as many TV and movie adaptations. When Emma is not writing, she loves to bake, work out, read, and watch way too much TV. She lives in New Jersey with her incredibly awesome husband and two perfectly adorable sons. --This text refers to an alternate kindle_edition edition.

4.1 out of 5 stars
4.1 out of 5
2 global ratings
How are ratings calculated?
To calculate the overall star rating and percentage breakdown by star, we don’t use a simple average. Instead, our system considers things like how recent a review is and if the reviewer bought the item on Amazon. It also analyses reviews to verify trustworthiness.

Chelicera
3.0 out of 5 stars Pleasant and Entertaining
Reviewed in the United States on 24 February 2006
Verified Purchase
Sibling rivalry is a fascinating and intricate motivation for a story line. Replaced captures just the tip of the iceberg of potential stories in this journey into Sydney's emotionally handicapped family. I am looking forward to future scenarios from this author on the subject.
Read more
Report abuse