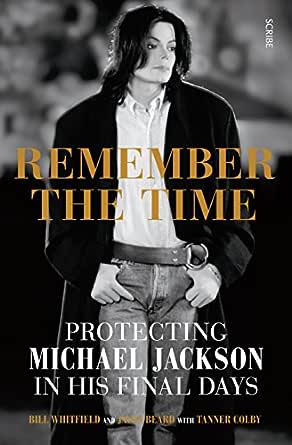 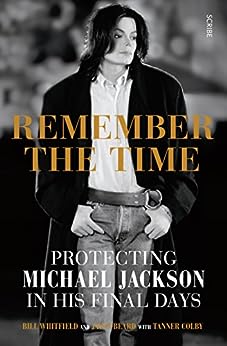 Michael Jackson's former bodyguards reveal the amazing truths of the late superstar's last years-his life in seclusion with his children, his financial crises, his preparations for the This Is It tour, and the weeks leading up to his shocking death. --This text refers to an out of print or unavailable edition of this title.

Experts in the field of private protection, Bill Whitfield and Javon Beard served for two and a half years as the personal security team for Michael Jackson and have worked with numerous other high-profile clients, including Sean P. Diddy" Combs, Alicia Keys, and Shaquille O'Neal. Cowriter, Tanner Colby, is the author of the New York Times bestseller The Chris Farley Show: A Biography in The Acts, Belushi: A Biography, and Some of My Best Friends Are Black: The Strange Story of Integration in America, which was nominated for the Andrew Carnegie Medal for Excellence in Nonfiction by the American Library Association. He is also a frequent contributor to Slate magazine. --This text refers to an out of print or unavailable edition of this title.

'To say it's captivating is an understatement ... The stories Whitfield and Beard relay are startling to read now, but they're also highly amplified by what fantastic storytellers they are ... The book is strictly a fly-on-the-wall account of everything they saw in the world surrounding Jackson during one of the least understood, shoddily documented, rumor-filled periods of his life ... It's a simple notion, fair, but it's rare in the telling of anything related to the life of Michael Jackson. It's a fair account of what they saw and what they felt while seeing it, an account that truly separates it from the rest.' -- Rembert Browne Grantland '[A] measured and compassionate account that succeeds in teasing apart the mocking tag of Wacko Jacko that dogged the singer performer ... In the end [Michael Jackson], far from being "invincible" ... was beyond salvation.' -- Thuy On The Age/Sun-Herald 'Remember the Time foregoes sensationalism in favour of a sympathetic, but unsentimental examination of life behind the gates in Michael Jackson's final years. Colby's portrait - told through conversational accounts by Jackson's former bodyguards, Bill Whitfield and Javon Beard - is by turns straightforward, humorous, absorbing and tragic. A single father facing enormous financial pressures and a vagabond existence while trying to find some peace and joy with his three young children, Jackson is revealed, not the as 'freak show' the media so often presented him, but as human. These recollections not only help fill in some of the biographical gaps in Jackson's life but demonstrate with unflinching detail the real-life price of fame. -- Joseph Vogel, author of Man in the Music: the creative life & work of Michael Jackson --This text refers to an alternate kindle_edition edition.
Read more