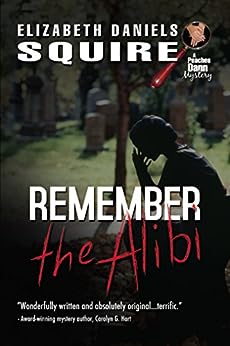 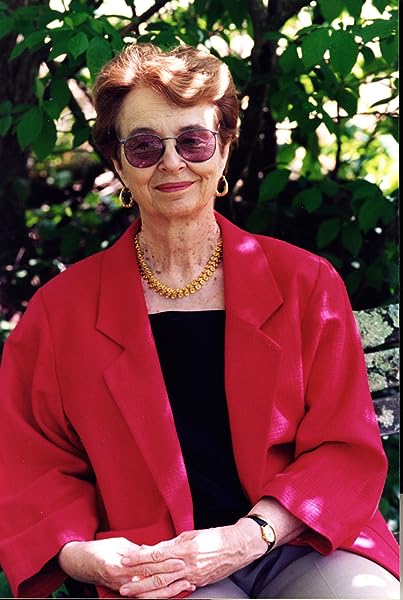 by Elizabeth Daniels Squire (Author) Format: Kindle Edition
See all formats and editions
Sorry, there was a problem loading this page. Try again.
Elizabeth Daniels Squire's Peaches Dann Mysteries are set in the Mountains of North Carolina and Tennessee. This is the second in the seven books in the series:
First it looked like a series of suicides. But every one of them used sleeping pills – and each of the ‘suicide notes’ was eerily similar. You’d have to be crazy not to notice the coincidence. And Peaches isn’t crazy… just a little absent minded. But when her father’s name is found on a list of possible victims, Peaches must remember every clue to make sure this killer doesn’t make dear old Pop nothing but a memory.
Read more
Previous page
Next page

Journalist, nationally syndicated columnist, and award-winning mystery writer Elizabeth Daniels Squire was born into a world of words on July 17, 1926. Her grandfather, Josephus Daniels, was a highly respected newspaper editor and publisher. He served as Secretary of the Navy during World War I and as American ambassador to Mexico under Franklin D. Roosevelt. Her father, Jonathan Daniels, was press secretary both to FDR and to Harry Truman, and author of twenty-one books of history and biography. Her aunt, Ann Bridgers, was the author of Coquette, which made Helen Hayes and Mary Pickford stars. But still, writing did not come easily to Elizabeth.

Due to a lifelong struggle with dyslexia, schoolwork - especially reading and writing - presented her with great difficulties. Yet, gifted with resilience and a desire to succeed, Elizabeth found ways to cope with her disability and graduated from Vassar College. Perhaps because of family history, but probably more from a desire to conquer her demons of dyslexia, Elizabeth chose a career in journalism. As a reporter, she covered murder trials and as a nationally syndicated columnist wrote about the character and talents revealed by the handprints of such notables as Salvador Dali and Eleanor Roosevelt. But it's her work as a mystery writer for which she is best known.

As do most accomplished writers, Elizabeth drew on her own experiences and personal knowledge when writing her mysteries. The idea for her first book came from something that happened to her grandfather who was shot at by someone upset by one of his editorials. In that case, the murder didn't happen; but in Elizabeth's 'Kill the Messenger', her first mystery (and the only one not starring her absent-minded sleuth, Peaches Dann), a newspaper publisher is murdered.

The plot in another of her books, Forget About Murder, was based on the fact that her otherwise genteel grandmother once hid a still in her attic for a neighbor who was selling moonshine in order to feed his children. Even Elizabeth's dog helped out when one of its tricks gave her the idea for The Dog Who Remembered Too Much, the short story for which she won the prestigious Agatha Award.

Throughout her career, rather than hiding from her dyslexia, Elizabeth embraced it. Peaches Dann, the amateur detective who stars in most of her mysteries, suffers from an extraordinarily poor memory and is forced to find creative ways to overcome her forgetfulness in order to solve her perplexing cases. Over the years, Elizabeth also became a memory expert as a result of researching her absent-minded sleuth.

Elizabeth lived with her husband, two dogs, and a cat on an organic farm in the mountains of western North Carolina, which is also the setting for her books. She died in February 2001 while returning from a book promotion tour to Alaska. In November 2006, she was the first mystery author ever inducted into the North Carolina Literary Hall of Fame.

macmary55
5.0 out of 5 stars First book in the series
Reviewed in the United States on 16 April 2019
Verified Purchase
Great stuff! A most enjoyable tale. Love Peaches!
Read more
Report abuse
See all reviews
Report an issue
Does this item contain inappropriate content?
Report
Do you believe that this item violates a copyright?
Report
Does this item contain quality or formatting issues?
Report