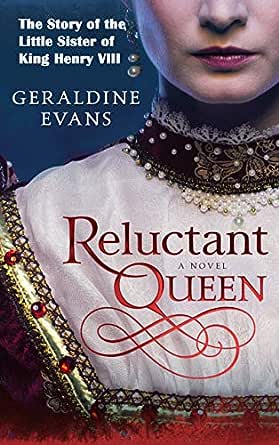 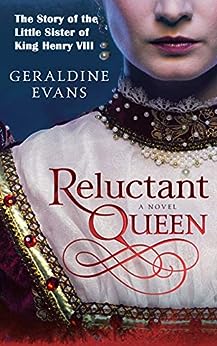 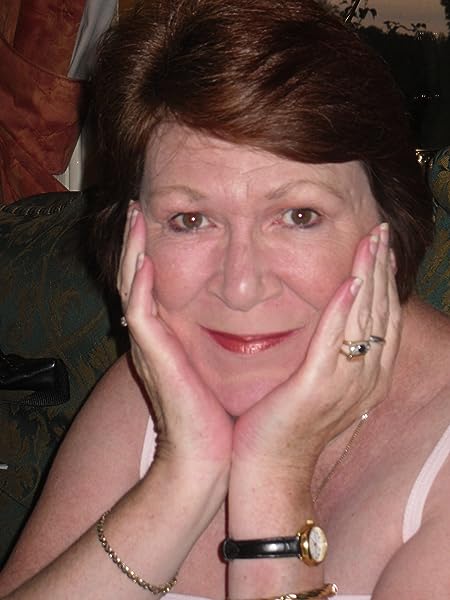 She dared to defy him. But Mary Rose Tudor, the little sister of Henry VIII, paid a price.

‘A very readable account of a fascinating woman who dared to stand up to Henry VIII and survived. It is thoroughly researched, admirably written and the author's love of the Tudor period shines through.' Historical Novels Review


Can you imagine what it must be like to be the little sister of infamous, English king, Henry VIII? Remember, this is the king who went on to have six wives, two of whom he had beheaded.

And although the teenage Mary Rose is his favourite sister (he even named his famous ship after her), his shifting alliances and ruthless desire to have his own way, made him push the young and lovely Mary into a hateful state marriage with the ailing and ancient King Louis XII of France.

But, a reluctant Mary Rose, as strong-willed as Henry and passionately in love, for the first time, doesn't give in easily. Before agreeing to the match, after a relentless campaign to get her to say yes, by her loving brother, Mary Rose extracts a promise from Henry. A promise she is determined he will keep.

‘Very easy to read, very hard to put down. This made a Mary Tudor so accessible and relatable to the reader.’ AMAZON.COM READER REVIEW

Geraldine Evans discovered her love of history after reading Jean Plaidy's historical novels; far more interesting than dull Factory Acts and Corn Laws, because they focus on people. From these, she discovered other wonderful historical novelists, and then, her interest turned to historical fact. Who could not find the vital characters of Tudor times fascinating? Even after five centuries, Henry VIII's personality strides out from the page: his pugnacious will takes one's breath away. Geraldine felt a growing urge to write her own historical novel, and Reluctant Queen is the result. She decided to write about Henry VIII's little sister because she admired Mary Rose's audacity in defying her brother, whose ego and desire to have his own way, even at the age of twenty-three, was formidable. And Henry's queens and daughters have been done to death; can there still be readers willing to go over the same ground yet again? Perhaps. But Mary Rose's story is not commonly known-most people say to me that they didn't know Henry even had a little sister. As well as her Historical writing, Geraldine Evans also writes mystery novels.

Maureen Jaeche
TOP 1000 REVIEWER
5.0 out of 5 stars Able to be put down with difficulty.
25 May 2018
Format: Kindle EditionVerified Purchase
A well written well researched historical novel, which pulls you in, in the first chapter and then moves on at a good pace making it difficult to stop reading. Characterisation is great, the characters come to believable life and I found myself liking or otherwise many of them. If you like history, go for it you will really enjoy the read.
Read more
Helpful
Comment Report abuse

Wendy O
4.0 out of 5 stars It was hard to put the book down
6 October 2015
Format: Kindle EditionVerified Purchase
This book is about Mary Tudor, sister to King Henry VIII. Her life starting as a young woman when she was married off to old and ugly King Louis of France but, lucky for Mary, he died shortly afterwards and she was able to marry her true love. It reveals the difficult times in the 15th and 16th centuries and how women were nothing more than chattels to men with little say in their life. A story well told. It was hard to put the book down.
Read more
5 people found this helpful
Helpful
Comment Report abuse

Judith Drew
5.0 out of 5 stars A Great Read
13 January 2017
Format: Kindle EditionVerified Purchase
Absolutely loved it. Well written and enjoyable.
You felt like you were there.

Go to Amazon.com to see all 31 reviews 3.7 out of 5 stars
Get FREE delivery with Amazon Prime
Prime members enjoy FREE Delivery and exclusive access to movies, TV shows, music, Kindle e-books, Twitch Prime, and more.
> Get Started
Back to top
Get to Know Us
Make Money with Us
Let Us Help You
And don't forget:
© 1996-2020, Amazon.com, Inc. or its affiliates