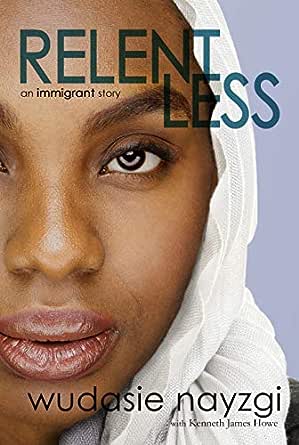 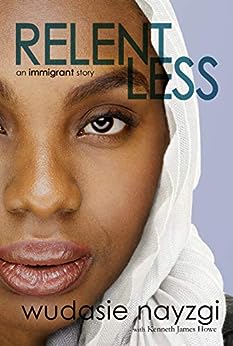 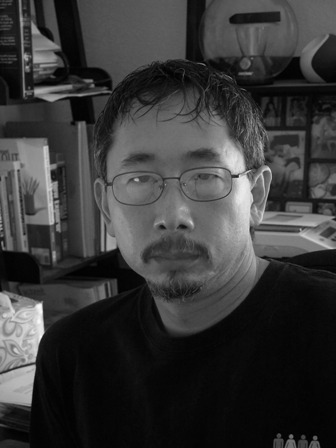 Well written and inspiring. This is a powerful and captivating story from beginning to end.

I am amazed at Wudasie's resilience and commitment to her family, both when she lived in Eritrea and again when she comes to the United States - the work she committed to doing to be self-reliant for herself and her daughter and then for the rest of her family is inspiring.

The war tore thousands of families apart. These are the years-long battles I fought to bring the shattered pieces of mine back together again.

It is hard enough to have a decent life when your country slips so easily into war, harder still when your husband is snatched off the street to fight in it. But the worst day of my life, the day my world fell utterly to pieces, was the day I received the heartbreaking news that my eldest daughter suffered from a terrifying medical condition. I soon learned that lifesaving treatment was available only outside the country, but I was blocked from seeking it by a heartless bureaucracy and an increasingly oppressive regime. I was left with an agonizing decision:

Do I stay and jeopardize the life of one child, or save her by fleeing my beloved homeland, leaving my husband and second child behind. . . possibly forever?

Relentless is the powerful and inspiring memoir of an Eritrean woman who defied Africa’s most corrupt and murderous regime, and became an American immigrant success story.

There is a proverb in my native Tigrinya language, both warning and admonishment. It goes like this:

It means, if you speak the truth, you will gather many enemies.

The Dreams of Freedom stories

The year is 1991, and a bloody thirty-year war with Ethiopia has just ended, earning Eritrea its first taste of freedom in over a century. But peace is a delicate flower easily trampled. Soon, the small Horn-of-Africa nation finds itself in the grip of a despotic madman. In the midst of exploding violence, a family torn apart by circumstance will risk everything to save themselves and their children from a life of oppression, all on the slim promise of a future as bright as the one they had imagined for themselves.

One shattered family, two powerful accounts of love, heartbreak, and determination deep inside one of the world's most isolated and ruthless regimes.

~ I Will Not Grow Downward - Memoir Of An Eritrean Refugee

I WILL NOT GROW DOWNWARD - MEMOIR OF AN ERITREAN REFUGEE

ONE MAN'S LONG AND PERILOUS FLIGHT FROM AFRICA'S HERMIT KINGDOM

A century of bloody oppression never broke the spirit of the Eritrean people. After winning their freedom, a young man returns to Asmara to begin a new life, but his dreams of a home filled with happy children are quickly shattered when fighting resumes. Brutally rounded up for conscription into the army, subjected to inhumane conditions, forced to serve a despotic leader waging a war nobody wants, he will have to sacrifice everything just for a chance to get back what he has lost - his family, his freedom, and his birthright.

I Will Not Grow Downward offers an exceedingly rare glimpse inside the highly secretive and brutally repressive regime known as Africa's North Korea.
See all Product description

Jan
4.0 out of 5 stars Stickability
Reviewed in Australia on 22 August 2019
Format: Kindle EditionVerified Purchase
I was so impressed by this woman's perseverance and tenacity in the face of "Red Tape". Lesser souls would have given up the fight to move her family to the US in spite of extreme bureaucracy. I admire this woman, and feel that her memoir is important for people to read to see the lengths that some people have to go to, so they can live in freedom.
Read more
Helpful
Comment Report abuse

Amazon Customer
5.0 out of 5 stars A great story of determination
Reviewed in Australia on 16 May 2019
Format: Kindle EditionVerified Purchase
Loved this book, couldn’t put it down
Read more
Helpful
Comment Report abuse

Kindle Customer
4.0 out of 5 stars Awe inspiring
Reviewed in the United Kingdom on 7 May 2019
Format: Kindle EditionVerified Purchase
I am saddened to read about the arduous journey that families ensure and the hardship. I am impressed by the relentless determination of Wudasie to reunite her family.
Read more
One person found this helpful
Helpful
Sending feedback...
Thank you for your feedback.
Sorry, we failed to record your vote. Please try again
Report abuse

Jane
4.0 out of 5 stars Excellent story on immigration
Reviewed in Canada on 6 May 2019
Format: Kindle EditionVerified Purchase
As a US citizen with an immigrant heritage, having lived in Africa for many years, I found this author’s expressions of bureaucracy in African and the US identifiable. The strength many immigrants possess is amazing and reflected well in this story. The story of the immigrant peoples of the US that should never be forgotten by the generations that follow!
Read more
2 people found this helpful
Helpful
Sending feedback...
Thank you for your feedback.
Sorry, we failed to record your vote. Please try again
Report abuse

J. Kelly
4.0 out of 5 stars Educational
Reviewed in Canada on 27 November 2019
Format: Kindle EditionVerified Purchase
This was a good read but a little repetitious. It is sad, but a happy ending. However, but for an "accident of birth" it makes one grateful for being born in a county where freedom of speech, politics and choice is precious and highly prized. We do not have to be afraid, we do not have to hide and we do not have to be silent.
Read more
Helpful
Sending feedback...
Thank you for your feedback.
Sorry, we failed to record your vote. Please try again
Report abuse

mhughes
5.0 out of 5 stars ghughes12@shaw.ca
Reviewed in Canada on 3 May 2019
Format: Kindle EditionVerified Purchase
I enjoy reading the kindle presentation " Relentless,: it is a very interesting story about a woman's courage in the time of war and how she cares for her family.....MHughes
Read more
One person found this helpful
Helpful
Sending feedback...
Thank you for your feedback.
Sorry, we failed to record your vote. Please try again
Report abuse

Pat Ellis
5.0 out of 5 stars Love and Courage
Reviewed in Canada on 7 December 2019
Format: Kindle EditionVerified Purchase
Intriguing story - some of it so very hard for us in the west to understand. A story of courage and determination against all odds. An inspirational eye-opener for anyone who has ever felt resentful towards immigrants or refugees.
Read more
Helpful
Sending feedback...
Thank you for your feedback.
Sorry, we failed to record your vote. Please try again
Report abuse

Betty Sulllivan
2.0 out of 5 stars Information
Reviewed in Canada on 28 April 2019
Format: Kindle EditionVerified Purchase
Informational only, not entertaining
Read more
One person found this helpful
Helpful
Sending feedback...
Thank you for your feedback.
Sorry, we failed to record your vote. Please try again
Report abuse

dk.gould
5.0 out of 5 stars A story that makes you forget the word "impossible"
Reviewed in the United States on 4 December 2018
Format: Kindle EditionVerified Purchase
I don't know if Ms. Nayzgi ever had a day where she truly believed what she faced was an impossible obstacle. I imagine if I had been in her place, there would have been many, many such days. But if she did, she never let it stop her. That may be what makes this book so compelling. For all the devastating decisions and terrifying events that occurred, Ms. Nayzgi's determination and hope never seem to flag. Too often, it's very easy to avoid tough stories or look away from hard experiences. I hope readers will not do so with this story. There is so much goodness and kindness to be found both in Ms. Nayzgi and her family and in the people who risked a great deal to help them reunite and to help her eldest daughter recover from a truly frightening medical condition. This is a triumphant story and because of Ms. Nayzgi's bright and confident outlook, one that can't help but make a reader have a little more faith in humanity.
Read more
2 people found this helpful
Helpful
Sending feedback...
Thank you for your feedback.
Sorry, we failed to record your vote. Please try again
Report abuse

Zana Hart
5.0 out of 5 stars Couldn't put it down
Reviewed in the United States on 10 April 2019
Format: Kindle EditionVerified Purchase
I knew better than to start reading this book after downloading it late in the evening, as I would have stayed awake way too late. As it was, the compelling story took up much of my afternoon. The power of dicatatorships over the citizens' lives can be near-total but not when the citizen is a s fiercely determined as this woman!
Read more
One person found this helpful
Helpful
Sending feedback...
Thank you for your feedback.
Sorry, we failed to record your vote. Please try again
Report abuse

PugLuvr
5.0 out of 5 stars I enjoyed this book
Reviewed in the United States on 14 May 2019
Format: Kindle EditionVerified Purchase
An immigrant's story of how difficult it really is to come to the United States. I felt the book was well written, and allowed me in on the journey and hardships of this family. Good book.
Read more
Helpful
Sending feedback...
Thank you for your feedback.
Sorry, we failed to record your vote. Please try again
Report abuse
Load more international reviews

Kindler
5.0 out of 5 stars Relentless
Reviewed in the United States on 28 November 2018
Verified Purchase
Well written and inspiring. This is a powerful and captivating story from beginning to end.
Read more
One person found this helpful
Helpful
Sending feedback...
Thank you for your feedback.
Sorry, we failed to record your vote. Please try again
Report abuse