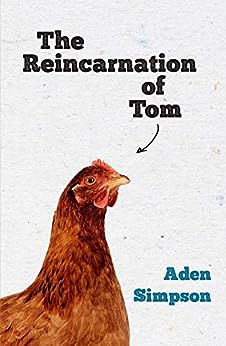 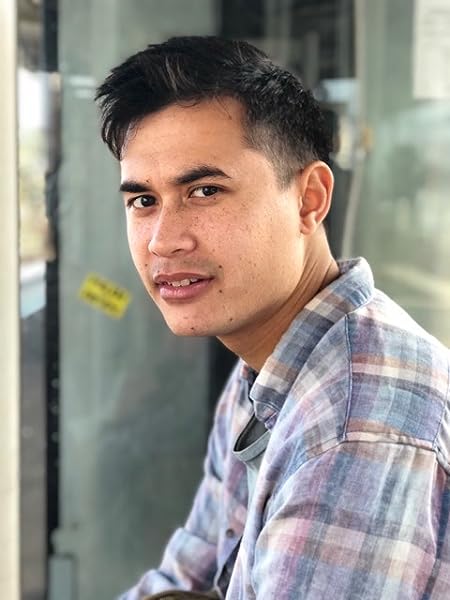 The Reincarnation of Tom Kindle Edition

Aden Simpson grew up in Sydney, Australia. He completed a degree in Commerce but then thought: "Nuts to that, I want to be a successful writer." He is still working on the 'successful' part. --This text refers to an out of print or unavailable edition of this title.

Stella
4.0 out of 5 stars Humorous and philosophical species-jumping time-travel
Reviewed in Australia on 30 July 2020
Verified Purchase
Cubical dwelling everyman, Tom Robinson, has a problem. He's been hit by a bus, but fortunately a crystal shop purveyor has just provided him with the secret to remembering past lives. Now Tom will wake into a new life with the memory of his old life intact. Sounds great! Doesn't it?

Problem is Tom immediately messes up because, like most of us, he's morally average: a bit cowardly, an occasional liar and self-interested. He spends several lives popping back and forth in time, sampling different animal species and genders, while trying to game karma into reuniting him with an unrequited love. Naturally, Tom runs afoul of the reincarnation system and his fellow "reincarnation remembers" and various unfortunate events ensue.

This book raises many of the classic time travel questions, such "should one kill Hitler?" While addressing classic karma issues, such as 'is being a vegetarian that necessary, especially when one has been reincarnated as a tiger?' And the answers to these questions are interspersed with with nuggets of humour and wisdom. But sadly Tom never quite learns to stop meddling and go with the flow. In fact, Tom seems to be at his best as a tree.

The writing is excellent throughout, and I appreciated the exceptional proof-reading. The Reincarnation of Tom appears to be the second book from a talented, young self-publisher. I'm looking forward to reading more from this author.
Read more
Helpful
Report abuse

Anne
5.0 out of 5 stars Fun Imaginative Story
Reviewed in Australia on 7 July 2020
Verified Purchase
A fun read and a writer with a great imagination. Ii enjoyed every minute of this story about reincarnation. And since I also remember my past lives I found myself thinking about them quite a lot as i read this book. I know it is probably pure fiction but for all the past life rememberers out there I would recommend this book.
Read more
Helpful
Report abuse

Chris Turner
5.0 out of 5 stars Profound and unpretentiously hilarious.
Reviewed in Australia on 2 September 2020
I'll be honest - I bought this book on a whim when I saw that the initials of the writer's name (A. S.) needed only one addition letter 'S' to spell ASS.

And while I'm being honest, I must say it ended up being one of my best decisions.

I started reading this book on the morning of 2 September, having been confined to quarters in anticipation of the results of a COVID test.

I finished this book on the afternoon of 2 September, after being utterly engrossed. When you consider that I read at a rate of 20 words a minute and this book is like 200 pages long, that's an endorsement if ever there was one.

With a plot that could equally have been thought up by a tent-full of conversing Ketamine users attending a bush doof as by a seminary-full of born again Buddhists with attitude problems, there is something in this book for everyone. It traverses history, politics, consequences, redemption and friendship, and does so in a matter that is both hilarious and unintentionally profound.

A great read that I recommend to all, regardless of whether you're stuck in the house with Coronavirus with nothing to read but the bible or otherwise.
Read more
Helpful
Report abuse

Peter Holberton
5.0 out of 5 stars Thoroughly Recommended
Reviewed in Australia on 26 June 2020
Bought the book on a whim, not really knowing what to expect. Delighted I did: The Reincarnation of Tom is a lot of fun - engaging characters with some clever tweaks to reincarnation that worked very well. Excellent
Read more
Helpful
Report abuse

Kylie-Anne Evans
5.0 out of 5 stars Poor Tom
Reviewed in Australia on 30 June 2020
Verified Purchase
I loved this book, it's funny and makes you think, I Luv the way its written, its easy to follow, definitely worth reading.
I hope Aden writes more books of this celebre.
Well done
Read more
Helpful
Report abuse
See all reviews

L. Hurst
3.0 out of 5 stars Unusual
Reviewed in the United Kingdom on 7 September 2020
Verified Purchase
I didn't see the humour in this that others have mentioned. In fact, the opposite, I found it to be quite a depressing story, with each incarnation somehow being even worse than the one before and an unsatisfying ending.
Read more
Report abuse

Jack jefford
5.0 out of 5 stars A fun read
Reviewed in the United Kingdom on 16 May 2020
Verified Purchase
I Really enjoyed this book, fun characters and a good plot and message. Hope to read more from this author
Read more
Report abuse

silviuzz
5.0 out of 5 stars Funny and weird. Must read.
Reviewed in Italy on 2 May 2021
Verified Purchase
A crazy journey that is just gonna make you giggle all the way through. Buy it now!
Read more
Report abuse

O. D. Book Reviews
5.0 out of 5 stars Deep and complicated, fun and silly all at once.
Reviewed in the United States on 11 October 2020
Verified Purchase
This book is so many things. It's humorous, and at times sad, thought-provoking and constantly entertaining. A very unique story unlike anything I've read before. It's deep and complicated and fun and silly all at once. It has the humor and oddness of The Hitchhiker's Guide with the life hopping of the late 80s early 90s show, Quantum Leap.

Tom is just an average guy who works in an office and one day he is given the secret of how to retain your memory after death into your next life. Good thing too, because Tom is about to die. Again and again. He just wants to get back to his original life and finally ask out the woman of his dreams but unfortunately by taking the advice of a chicken he makes some enemies who wont make his lives easy and want nothing more than to end him before he can say the magical chant that will allow him to keep his memories in the next life. Karma doesn't give him much in the way to work with as far as lives are concerned due to his many misguided and often selfish choices. But he does his best to get through each life and try to earn as much karma as he can when it becomes clear that is the only thing that will save him from the growing army of fellow Reincarnation Rememberers that are out to get him.

During Tom's journey we travel in all directions in time as he lives unique human and animal lives all over the world, each with their own struggles. At times it is so bleak, but it also shows you to appreciate the little things and the people who make your life better. I had to focus on the hope and warm feelings that were mixed in because some of Tom's lives were downright hard to read and you see the worst sides of humanity. His life as a slave on a plantation was particularly difficult, as well as his life as a little girl in Medieval France who is abused by a not so chivalrous knight. Though the writing style is helpful in taking in these upsetting scenes be warned there are trigger warnings that include: racism, child molestation/rape (implied, off screen), animal cruelty (non graphic or off screen), violence, and killing in various ways some of which were cartoonish in nature, strong language and racial slurs. The difficult parts of the book were written with respect and told in a matter of fact way that left many details out.

This book will take you on a wild ride. Tom faces so many impossible situations that don't necessarily have a right answer, yet the wrong choices have such terrible consequences. This book really shows you the gray areas of life, even the villain of the piece thinks they are the good guy. I thoroughly enjoyed all the shocking twists and the insane cast of characters. I loved the really smart ending. It makes you think about what you would do while also leaving an opening for a sequel which I would love to read so I'll keep my fingers crossed for that.

4.5 Stars
I received a complimentary copy of this book in exchange for an honest review.
Read more
One person found this helpful
Report abuse
See all reviews
Back to top
Get to Know Us
Make Money with Us
Let Us Help You
And don't forget:
© 1996-2021, Amazon.com, Inc. or its affiliates