Reign of the Fallen and over 1.5 million other books are available for Amazon Kindle . Learn more
Share <Embed> 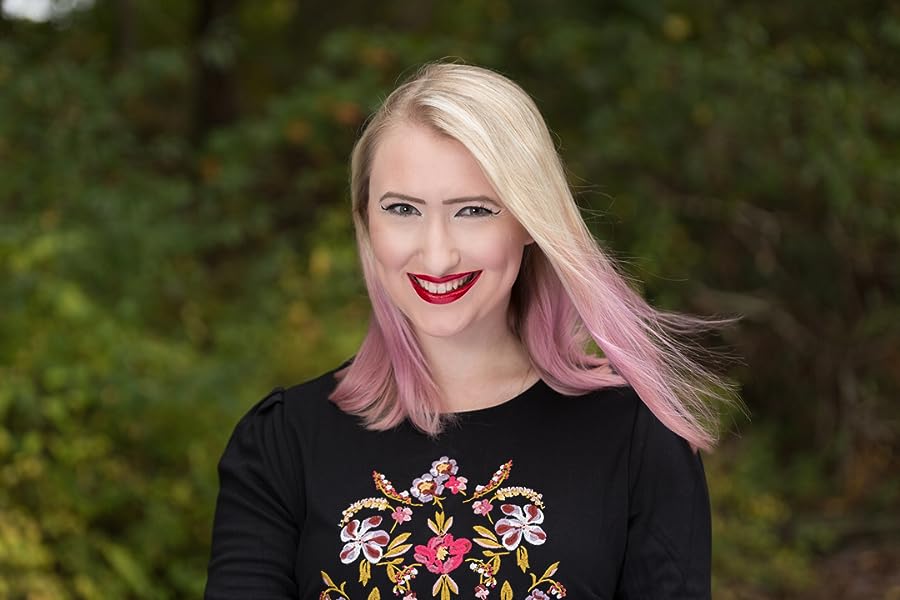 Page 1 of 1 Start overPage 1 of 1
Previous page
Next page
Start reading Reign of the Fallen on your Kindle in under a minute.

An LGBT fantasy series that follows a talented necromancer who must face down a deadly nemesis who has learned how to turn her magic into a weapon.

Sarah Glenn Marsh has been an avid fantasy reader from the day her dad handed her a copy of The Hobbit and promised it would change her life; she's been making up words and worlds ever since. When she's not writing, Sarah enjoys painting, ghost hunting, traveling, and all things nerdy. She lives in Richmond, Virginia, with her husband and their menagerie- four rescued greyhounds, a bird, and many fish. She is the author of Fear the Drowning Deep and Reign of the Fallen.

4.2 out of 5 stars
4.2 out of 5
72 global ratings
How are ratings calculated?
To calculate the overall star rating and percentage breakdown by star, we don’t use a simple average. Instead, our system considers things like how recent a review is and if the reviewer bought the item on Amazon. It also analyses reviews to verify trustworthiness.

Judith
5.0 out of 5 stars READ THIS BOOK
Reviewed in the United Kingdom on 2 February 2018
Verified Purchase
I'd love to know if Sabriel was an influence on this book, I know necromancy isn't a new topic in fantasy fiction, but the idea of treacherous journeys into the deadlands struck a chord between the two (at least in my opinion).

I was fascinated by the idea of a world where raising the dead isn't seen (by everyone) as a bad thing. The theme of the benefits and dangers of change in a society governed by the same person for centuries or more was played out beautifully in these pages. I enjoyed the way the dead were seen as a part of normal life and by extension, the necromancers were just another form of a magician. I feel like a lot of fantasy focuses on death magic as purely a negative, dark magic whereas this book seemed to find the happy medium between positives and drawbacks.

I will state outright now that this book has far more romance than I was anticipating. Personally, I don't mind a book with a heavy romance element (especially with an own voices representation of a bisexual main character) but some people may find this distracts from the necromancy, who am I to judge. What carried more than the romance for me (though the two are tied) was how much of this book was devoted to the idea of grief, and how we cope with death - a particularly interesting concept in a world where, for most, death doesn't have to be permanent. The need to shut out all emotions and the gradual healing process was far more heartwrenching than any romance plot.

This book also has a mystery element to it, with intrigue and plots piled up to the roof. I thought this was written well, with Odessa finding out information as and when it made sense for her to do so. Often in books like this, the main character stumbles upon information that it doesn't actually make sense for them to have. I thought this was set up perfectly, with the reader able to work out a rough idea of what's going on just before Odessa does, creating some gorgeous moments of dramatic irony.

The magic system in this book was also interesting, with different people able to do different kinds of magic. My personal favourite was the idea of beast mastery (anything to make dogs love me more, anything). But there's certainly scope to develop that further in the sequel (yes there is a sequel, though this book would definitely work as a standalone). I think that would be my take from this book - there are some incredibly strong characters and some interesting elements of worldbuilding that will hopefully be expanded on in the sequel to flesh this setting out a little bit more.

I had the best time reading this book. I devoured it on release day - if I could have I'd have taken a sick day from work to read it all in one go.

All opinions are my own.

Helen marsh
3.0 out of 5 stars A great mix of fantasy and contemporary.
Reviewed in the United Kingdom on 14 July 2018
Verified Purchase
This is a great book for those wanting to bridge the gap from contemporary to fantasy; with a heavy romance plot line and some fantastical elements woven in, this is a great place to start with fantasy. I highly recommend for those who are on the younger side of YA, however it does deal with substance addiction and misuse; as well as the presence of suicide ideation and thought processes. Therefore I would recommend that you chose an alternative if either of these are a trigger for you.
I did enjoy the LGBT representation within this book; lesbian, gay, and bi-sexual representation was there and none of them were used a cheap or easy plot points. There were several 'reveals' of sexuality however they were woven in nicely and never used to merely propel the story forward.
I am confused as to how there can be a sequel... I believed when reading this that this was standalone and was very happy with how everything wrapped up. Although I am puzzled by where a sequel is coming from, I do intend on picking it up in January 2019.
Read more
Report abuse

For me, I felt the emotions the main character went through were, at times, a bit jolted and erratic, which made it hard to relate to her. As much as I ship her and Meredy, the pace of their relationship just wasn't realistic to me. I understood the author was trying to show their connection, but I feel it just developed far too quickly. Especially considering the MC, Odessa, seemed to have some sort of romantic or sexual feeling for multiple people, however fleetingly, over the course of the book. It made each one seem almost superficial.

That being said, I did enjoy the characters and their interactions. I didn't resonate with Odessa, but Valoria was an instant hit, and Meredy is definitely my favourite.

The world building was SO well done and probably my favourite part of the book. The Deadlands were creepy but inticing, and the backstory of why the Kingdom keeps reviving its dead and the different attitudes toward it were really interesting to read and created a good amount of tension. I particularly like the idea of the different types of magic being linked to eye colour, the festivals, and the idea that there are hidden magics out there. It was a unique take on things for sure.

Overall, an enjoyable read that definitely picked up during the second half of the book. I enjoyed it more than enough to look forward to seeing where the story goes in the sequel!
Read more
Report abuse

Jake F. Waller
5.0 out of 5 stars A fast paced story in an incredible YA fantasy world
Reviewed in the United Kingdom on 19 July 2019
Verified Purchase
I bought this book on a bit of a whim "just to see" what it was like. I was not disappointed. If you're after something that will grab you and force you to read it in just a few sittings, this is a perfect choice! The world Marsh has created and the plot that the book weaves are both fascinating and gripping. The author has put a unique spin on many great fantasy elements, and the Deadlands where the spirits of the dead wait to be raised is so well thought out.
As others have touched on, LGBTQ+ representation in the book is really strong and it doesn't feel like it was put in there just to tick a box - the characters fit the identities and orientations they're given. In general, the sex in the book is YA friendly and lots of interesting angles are explored, in much the same way as many of us experiment growing up!
There's one area where I felt like there could've been more depth, and that's the antagonist...
[SPOILERS BELOW]
I get that Hadrien does some terrible things, and they're made worse by his flirty behaviour with Sparrow (which she seems to encourage despite her feelings for Evander) but his intentions (in bringing change to help the people of Karthia by ending King Wylding's eternal, no-progess rule) are really good and his actions have very positive consequences in the end. It feels like no one can see that what he's striving for is a positive thing, even if he does it in a bad way. Wonder if the sequel will address this... I'm going to read it and find out!
Read more
Report abuse

Charlotte Breedon
4.0 out of 5 stars Not a bad story.
Reviewed in the United Kingdom on 28 June 2018
Verified Purchase
Interesting world of magic, but some of the characters and interactions a bit annoying. Overall a good story, but not sure I'd hurry to read the sequel- purely because I didn't find this book gripping. As an adult who reads a lot of YA fantasy books, this does feel aimed at very 'young adult'! It did however conclude nicely, yet allows for future works.
Read more
Report abuse
See all reviews
Back to top
Get to Know Us
Make Money with Us
Let Us Help You
And don't forget:
© 1996-2021, Amazon.com, Inc. or its affiliates