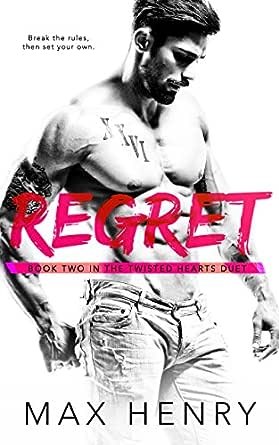 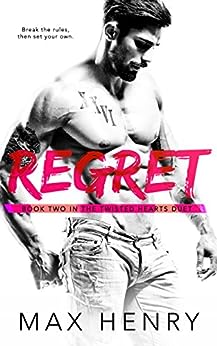 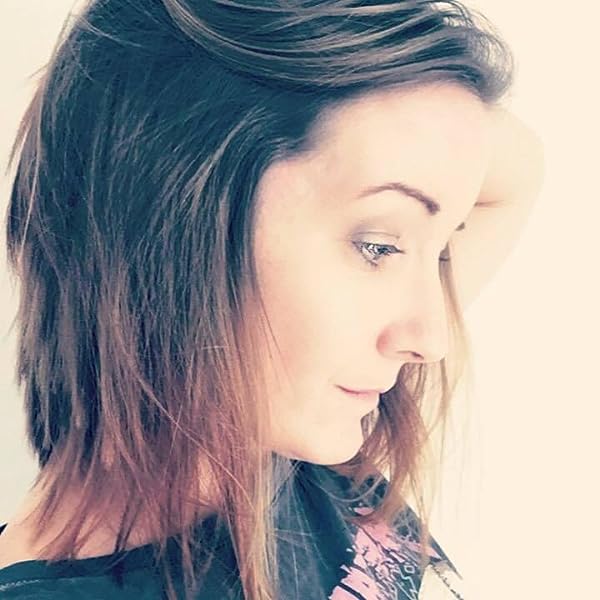 An angst-filled tale of forbidden love that defies all odds.

Four simple rules when you’re a woman in denial:

1. Don’t stalk your father’s best friend online.
2. Don’t talk to him via Messenger.
3. Definitely don’t go to his house.
4. And whatever you do, don’t tell him you’re still in love.

I’ve never been one for doing what I’m told.


"Max nailed it. As she always does. The chemistry is insane. The angst had me in tears and I couldn't get enough!" - Lindsey King

"I absolutely loved reading this book! And that ending!! That ending is everything." - I Love HEA Romance Book Reviews

FlaminSambo
TOP 1000 REVIEWER
5.0 out of 5 stars REAL, RAW, RELATABLE. I LOVED IT!!!!!
28 February 2018
Format: Kindle EditionVerified Purchase
I love sitting down and reading a book that you can relate to. It might not be something you’ve experienced personally, but you can relate to the story. It keeps you reading and wanting more.
Thats what this duet is for me. Real, Raw, Relatable. I loved it!!

Penny Ellen
TOP 100 REVIEWER
4.0 out of 5 stars Perfect Ending
20 January 2019
Format: Kindle Edition
I read this with KU
Regret picks up 3yrs after then end of Desire. I loved this story so much I read it in one sitting, I needed to see how everything ended. I had so many ups and downs reading this, it is such an addicting read.

Belle is on her way home from the states ready to start her own tattoo shop and is in a new relationship with the guy she met on the plane when she first left.

Zeus is miserable and lonley without Belle, he has pretty much given up on caring and just lives day to day, yet as soon as he finds out Belle is home he starts to come alive again and will do what he has to to get her back.

I have loved reading Zeus and Belle’s story, the ending they got was just perfect. The emotional rollercoaster of their relationship is such an amazing journey, it wasn’t something rushed or forced it was a love that took time, patience and growth.

Lani Bookaholic
5.0 out of 5 stars No wonder ZEUS is a God!!!!
28 February 2018
Format: Kindle Edition
Favourite duet of 2018 by far!!!!! The agonising wait for 'Regret' is finally over. ( There was barely a 4 week wait between books, lol). After the gut wrenching ending of 'Desire', Belle is back home after having the work experience of a lifetime and now she is trying to continue her dream. Zeus has been living a stagnant existence since sending his Dove away to live her life. Now she's back, his life has a purpose, he wants his life to have colour and joy, that is all in the form of his Belle. Even though they haven't been together for years and belle has tried to move on, the visceral and tangible connection between Zeus and Belle is too hard to ignore or fight. But even over time, the stigma is still present, the closest people to them want to keep them apart, society says it's wrong, decisions are made with regret and hidden agendas come to light.

This duet right here is why Max Henry continues to be one of my favourite authors. She has delivered a stellar book with relatable characters, a storyline that is treated delicately and equally savagely. The words absorb and consume you with its effortless flow, the slow burning anticipation of finally seeing one another has your heart racing. You know it's a great book when you want to read as quickly as possible, yet savour every detail because you don't want it to end. I love this book, I love Max Henry and I most definitely love Zeus!!!! A must read of 2018!!!!

Marns
5.0 out of 5 stars Old emotions emerge from the depths: REGRET. 5 stars.
2 March 2018
Format: Kindle Edition
A beautifully written and heartfelt story of forbidden love that made me question, what constitutes forbidden love between two people who live for each other, who’s hearts beat for each other, and, without whom the other is only half of a whole??? I think Max Henry answers it here.

Regret picks up three years after the end of Desire. Belle, with the aid of Zeus, has realised her dreams of being trained as a tattooist under the guidance of a much respected artist in the industry, in Colorado, where she has been living with her boyfriend, Damien, whom she met on the flight over from New Zealand. She’s on her way home now, and starting to realise that the old emotions she’d kept deep down were coming back. “At the forefront: regret.”

I tried to see if from John’s side. I did. As Belle’s father, he was truly only looking out for her, but, Max wrote this love story so beautifully, all I can see is the desperation, and desolation within the hearts of Belle and Zeus individually, each without the other half close to them. I even sympathised with John until he was so blind in his opposition to them that he involved the one person who could ruin it for them entirely.

During those three years, Belle faired better that Zeus did. Perhaps the heart was younger, inexperienced, and most certainly more resilient. She may have appeared to move on, but she knows herself, that upon reflection, she never did.

In Belle’s absence, Zeus hit rock bottom. And he only ever felt regret. He’d had the Sun, and now he lived in darkness without her, his Dove. I loved him. Belle’s father informed him often about her new boyfriend, going so far as to call him a fiance, yet he stayed almost faithful to her. Her couldn’t replace her, nor did he want to. He only had one person in his corner; Jodie, ironically his ex-wife, and I thought she turned out to be an amazing character.

We also find out the motivation behind one of the most poisonous mothers I’ve come across for quite some time.

Regret is a perfect ending to the story that began in Desire. 5 must-read stars.

Samantha Blundell
TOP 100 REVIEWER
5.0 out of 5 stars Fantastic Conclusion
1 March 2018
Format: Kindle Edition
Hooray it’s finally here! I’ve only been waiting forever for this release! Ok, so that is a major exaggeration, I’ve only been waiting a few weeks, but it felt like forever. I am in love with the way Max writes her books! They speak to my soul, they pull me in, they hold me captive from start to finish. And the emotions! Oh, the emotions take you over, they make you feel everything the characters feel! Regret is Book 2 in the Twisted Hearts duet. We met Belle and Zeus in Desire, the tale of Forbidden love. They are back with their emotional story, pulling on our heart strings.

I just love Belle and Zeus together. Even though the age difference is there, it’s just a number. They have a deep connection, and hot chemistry that probably lets off sparks when they are together. The connection in palpable through the pages. I love Zeus’s character, he is just so hot! He is just a big dirty talking cranky alpha with a soft side that you can’t help but fall in love with. Cerise is my least favourite character, actually I want to slap her! She should just stop what she is doing and move on. This story had me tearing up at least 4 times while reading! The angst and emotions were so great! I absolutely loved reading this book! And that ending!! That ending is everything. Thank you Max for giving us such a beautiful ending to such a fantastic duet!
Read more
Helpful
Comment Report abuse
See all 17 customer reviews
Write a customer review

Go to Amazon.com to see all 69 reviews 4.7 out of 5 stars
Get FREE delivery with Amazon Prime
Prime members enjoy FREE Delivery and exclusive access to movies, TV shows, music, Kindle e-books, Twitch Prime, and more.
> Get Started
Back to top
Get to Know Us
Make Money with Us
Let Us Help You
And don't forget:
© 1996-2020, Amazon.com, Inc. or its affiliates