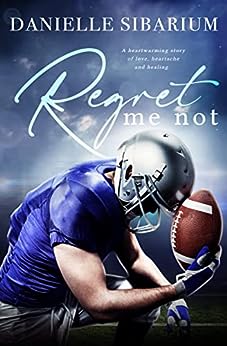 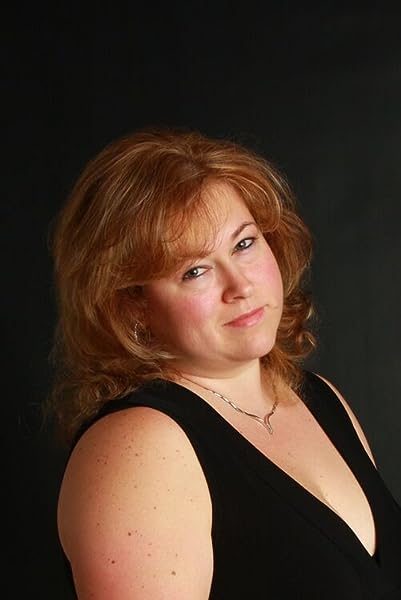 Regret Me Not Kindle Edition

by Danielle Sibarium (Author) Format: Kindle Edition
See all formats and editions
Sorry, there was a problem loading this page. Try again.
For Mackenzie Green life is full of regrets; regrets from choices she made in the past, regrets for the things she’ll never see in her future. She regrets letting her grades slip while her sister was in rehab, ensuring she’ll never break away from the rumor-run, small town she lives in. She regrets breaking up with her future All American football playing boyfriend, Brayden Turner out of fear of getting hurt. Most of all she regrets every decision she made leading up to the night that changed her life forever. It’s only after Brayden cuts her off completely that Mackenzie realizes how much she wants him in her life. She’s learns that losing what you love breaks you, but sometimes it’s the only way to tap into your inner strength. Can Mackenzie find the courage to learn from her mistakes and move forward or will she spend her days consumed with regrets? Is it too late to convince Brayden she wants him in her life and that she’s in it for the long haul? Most of all, can she accept that sometimes bad things happen no matter how hard you try to protect yourself from them? Can she put it all behind her or will she live an unfulfilled life full of regrets?
Read more
Previous page
Next page

Danielle Sibarium YA and NA author grew up in Brooklyn, New York. Throughout her childhood, she transported herself into a fantasy world full of magic and wonder. Books were the gateway between her play world and reality. On any given summer afternoon she became Snow White sweeping and cooking for the dwarfs, or Cinderella waiting for the prince. In 2004 Danielle won Honorable Mention in the Southern Heat contest. In 2007 she collaborated with Charlotte Doreen Small to write songs for her CD More. Danielle wrote the lyrics for Take My Hand, and Goodbye, while Charlotte contributed the melody. Danielle graduated from Farleigh Dickinson University with honors, and currently resides in New Jersey with her husband and three children. In October 2011 Danielle's debut novel For Always was released. She has since released The Heart Waves Trilogy, Heart Waves, Breaking Waves, and Waves of Love, as well as To My Hero: A Blog of Our Journey Together, Into You, and Regret Me Not. --This text refers to the paperback edition.

Danielle is a romance author best known for steamy romances with a dash of tears and an overload of love and passion between her characters.

Danielle grew up as an only child of divorced parents in Brooklyn, New York. Her imagination was developed at an early age. Surrounded by stuffed animals and imaginary friends, she transported herself into a fantasy world full of magic and wonder. Books were the gateway between her play world and reality. Danielle always loved dialogue and in elementary school began writing plays and short stories. This is when she began to understand she could not only bring her fantastical world to life for herself, but she could enchant others as well.

In 2007 Danielle collaborated with Charlotte Doreen Small to write songs for her CD More. Danielle wrote the lyrics for Take My Hand, and Goodbye, while Charlotte contributed the melody. In 2011 her Debut novel For Always topped Amazon charts in the Young Adult category. Danielle graduated from Farleigh Dickinson University with honors, and currently lives in North Carolina with her husband, three children and their family dog.

Kindle Customer
5.0 out of 5 stars Amazing love story!!
Reviewed in the United Kingdom on 28 July 2014
Verified Purchase
Regret me not is not your typical boy meets girl love story. This story touches real life issues which people can relate to. This story is about love, forgiveness, definitely heartfelt and Hope. I had so many emotions running through, Tear jerker. The relationship between Brayden and Kenzie is beautiful.

Mackenzie is a shy loner who's happy to stay that way especially after her family have suffered because of her sister Jessica. Mackenize tries to do everything perfect.

From the day MacKenzie met Brayden he was her rock, He helped her when everyone else was more concerned about Jessica.
I think everyone can relate to MacKenzie's insecurities.

I loved how Brayden didn't care what everyone was saying,my heart broke for him or should I say both of them on more than one occasion.

I loved how Jessica turned her life around, she deserves some happiness.

You will need a box on tissues with this book!!
Read more
Report abuse

Scandalous Book Blog
5.0 out of 5 stars Breathtakingly Beautiful
Reviewed in the United Kingdom on 7 October 2014
Verified Purchase
Danielle Sibarium is one of my absolute favourite Authors, every single thing she writes has a purpose and she is unafraid to tackle the hard issues.
Regret Me Not did not disproportionate it has it all.
A great Cast of characters,
A deep emotive storyline that will surely bring anyone to tears.
Beautifully written and flowed together perfectly.
I have not one negative thing to say about this book.
Another stunning read from Danielle Sibarium.
Read more
Report abuse

Amazon Customer
5.0 out of 5 stars I LOVED this book
Reviewed in the United States on 21 August 2014
Verified Purchase
I LOVED this book. It was an emotional roller coaster. I connected with the characters and the story line. There were times I wanted to scream at them but the love between them was amazing. I couldn't put this book down. Danielle did an amazing job!!!
Read more
One person found this helpful
Report abuse

Kristy Marie
5.0 out of 5 stars pulls out all the emotions
Reviewed in the United States on 9 July 2014
Verified Purchase
Loved this story. Just when you think the story is about to end tragedy hits and more emotions are pulled out of you. Heartfelt love story with devastation and then finally hope.
Read more
One person found this helpful
Report abuse

Tonya Mason
5.0 out of 5 stars Heart Stopping
Reviewed in the United States on 26 November 2014
Verified Purchase
Braden and Mackenzie steel my heard in this beautifully written story. It's hot,passionate,heart shattering and falling in love crazy. Their journey takes you to a place that you never see coming. Their love is epic.
Read more
One person found this helpful
Report abuse
See all reviews
Back to top
Get to Know Us
Make Money with Us
Let Us Help You
And don't forget:
© 1996-2022, Amazon.com, Inc. or its affiliates