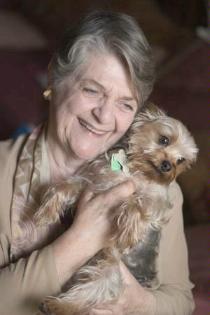 Refuse To Choose!: Use All of Your Interests, Passions, and Hobbies to Create the Life and Career of Your Dreams Paperback – 1 May 2018

by Barbara Sher (Author)
4.7 out of 5 stars 431 ratings
See all formats and editions
Sorry, there was a problem loading this page. Try again.
Read more Read less
Previous page
Next page

BARBARA SHER is a speaker, career/lifestyle coach, and the best-selling author of eight books on goal achievement. Her books have sold millions of copies and been translated into dozens of languages. She has appeared on Oprah, Today, 60 Minutes, CNN, and Good Morning America, and her popular public television specials air nationally throughout the year. Barbara Sher lives in New York City.
Start reading Refuse to Choose! on your Kindle in under a minute.

4.7 out of 5 stars
4.7 out of 5
431 global ratings
How are ratings calculated?
To calculate the overall star rating and percentage breakdown by star, we don’t use a simple average. Instead, our system considers things like how recent a review is and if the reviewer bought the item on Amazon. It also analyses reviews to verify trustworthiness.

molly garner
1.0 out of 5 stars Please look into ADHD/Autism traits in women if this book resonates! (Not just for women.)
Reviewed in the United Kingdom on 3 February 2021
Verified Purchase
MANY women are now getting diagnosed with ADHD and Autism later in life (30s, 40s, 50s, 60s) after being overlooked in childhood for being 'kooky', 'shy', 'chatty', 'tomboy', 'forgetful', 'bright but lazy', 'odd', 'chaotic', 'flakey', 'crazy', 'unreliable', 'must try harder...' and so on. Recently there has been much better knowledge and understanding surrounding how nuerodivergent women and girls present their traits compared to the stereotypical male presentations. (And actually the more typically female traits does not exclude men as really everyone has a combination of different traits.)

This book I remember states specifically that 'scanning' is NOT the same as ADHD. However I strongly have to disagree and think this statement is due to a huge misunderstanding of what ADHD really is.

The term attention deficit is very misleading. It's not a DEFICIT of attention, it's the REGULATION of attention - keeping it on one thing, on the 'right thing', keeping it for prolonged periods of dreary time, putting too much of it onto the wrong things, new things, more exciting and fun and interesting things, getting eventually bored and moving on things... (scanning anyone?)

The ADHD brain lacks the dopamine required to direct the attention as needed for the day-to-day slog of life. New ideas, interests and avenues of exploration are constantly attracting the eye of the ADHDer because our brains get a boost of dopamine that allows us to focus and feel productive and learn. We can thoroughly obsess over the new thing, tell anyone who'll listen, research as much as possible, do it to death and theeeeen move on when we get bored. RINSE AND REPEAT X 1000. Sometimes you come back to it later, sometimes you never pick it up again. This is called HYPERFOCUS. And it's a really common trait in ADHD and ASD.

You do NOT have to be bouncing off the walls to have ADHD, nor super outgoing, noisey, or 'naughty' or boisterous. (Although you obviously can be!) And you do NOT have to be a maths whizz, reclusive type to be autistic. These ideas are based on older research that only focused on particular, more obvious traits that were predominantly spotted in males.

(I am writing this review not to slate this book or to say it's strategies are are not useful, because I have not tried them myself. But because I remember the book saying 'not the same as ADHD' and I don't feel this is accurate or fair.)

Maybe this will help someone out. Maybe it won't. But the 'maybe it will' is more than worth the time it took me to write this. Good day.
Read more
17 people found this helpful
Report abuse

K. Baxter
5.0 out of 5 stars Worth reading if you have diverse interests and wonder if you should be otherwise.
Reviewed in the United Kingdom on 12 May 2018
Verified Purchase
Really enjoyed reading this as I am most definately a scanner. However I do not fit into any single one of her categories but typically for me go across the range with a bit of most and less of some. However I really don't get why she seems to think this is a 'rare' type of person as pretty much everyone I know can be seen as a scanner. Maybe it's just a birds of a feather thing. Or cultural. If you have more than one interest, either personally or professionally then you too could be a scanner. Reading this did certainly help me to feel better about my diverse interests and process of always looking for some new to grab me. The author certainly has a way of putting things to make it seem not just ok to be this way but actually to see the positive advantages. Some of her ideas/exercises are fun to do too. Definately a book I will re-read and one I have recommend to other scanners.
Read more
4 people found this helpful
Report abuse

Barbara Sher is an amazing person and if you ever read this I want you to know you have literally changed my life and I am so greatful to you.
Read more
26 people found this helpful
Report abuse

Corellon Larethian
4.0 out of 5 stars The principles are good, but the specifics are outdated
Reviewed in the United Kingdom on 12 June 2019
Verified Purchase
I like the general advice and concepts it features, but it offers a lot of very specific practical advice, which feel like they came from the 80s. (Ring binders, paper calendars, notebooks and flowcharts - nothing digital.)
Read more
3 people found this helpful
Report abuse

Charlotte Pingriff
5.0 out of 5 stars Totally brilliant!
Reviewed in the United Kingdom on 12 April 2015
Verified Purchase
What can I say - brilliant book! I finally feel understood! I wholeheartedly recommend this wonderful book to anyone who has ever felt 'scattered' and overwhelmed by all their passions, and ideas! Thank you Barbara! :)
Read more
12 people found this helpful
Report abuse
See all reviews
Back to top
Get to Know Us
Make Money with Us
Let Us Help You
And don't forget:
© 1996-2021, Amazon.com, Inc. or its affiliates