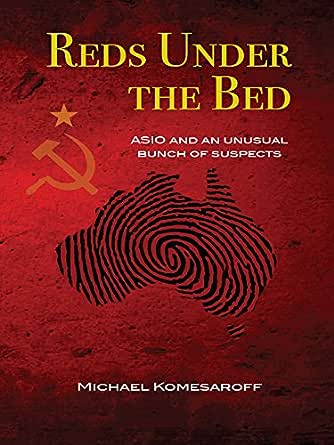 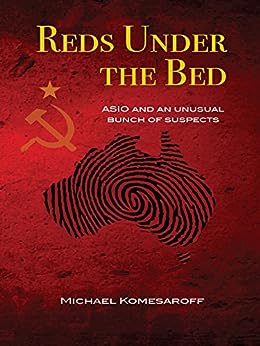 Reds Under the Bed: ASIO and an Unusual Bunch of Suspects Kindle Edition

Who were the Reds under the bed? Why did ASIO snoop on several members of this migrant family struggling to set up a new life in Australia?

ASIO maintained a vast library of files on half a million citizens, most of whom were never a threat to Australia's security. Through meticulous research, Michael Komesaroff has been able to sift through a multitude of records which were kept on his family, and discover why. This is not only an account of one family's activities, but more broadly, a history of the widespread fear of the presence and influence of communist sympathisers in Australia in the twentieth century.

'A well researched and absorbing record of a respected family, highlighting its pursuit by ASIO. A great read.' - Bernard Rechter, former director of the Monash University Centre for Jewish Civilisation

'Michael Komesaroff's painstakingly researched but entertainingly written book dives deeply into two intriguing worlds - that of his Lithuanian/Ukranian Jewish migrant family, and that of the intelligence bureaucracy that conducted substantial surveillance on a generation of family members. Its focus illuminates - more clearly than many encyclopaedic accounts of the secret world - the dangers of mistaking dissent for disloyalty.' - Rowan Callick, author of 'Party Time: Who Runs China, and How'
click to open popover