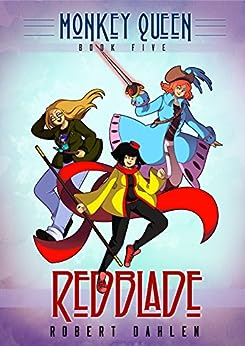 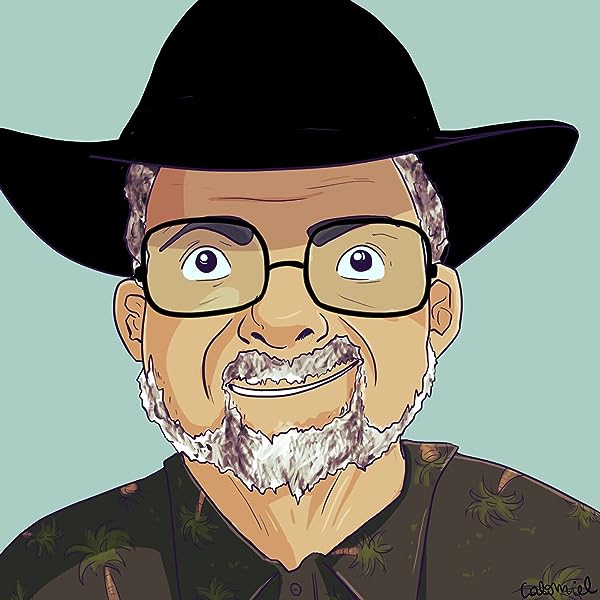 Amazon Customer
5.0 out of 5 stars A very good mix of known and new characters
Reviewed in Brazil on 19 July 2016
Verified Purchase
"Redblade," the fifth novel in the "Monkey Queen" series, is most definitely a new reader-friendly book. If you want to give this series a try but don't want to start with book 1, then start here. If you like it, then chances are you'll also like the previous books, especially "Under the Stars of Faerie," which another reviewer has described as the best novel in this series. I tend to agree with that assessment. If you're an old-time reader though, I think you'll either get bored with the rehashing of known canon facts, or grateful for the refresher. You'll have to see and judge for yourself.

What I believe most old-timers will love about this book is the fact that it brings back a lot of characters from previous installments. Seeing all those folks again gave me such a nice, heartwarming feeling! I really like it that they have to work together for a good cause, even though some of them have their reservations about it. I hope we get to see more of their joint efforts--and any potential conflicts that may arise from those--in future books.

But "Redblade" isn't all about known characters. In fact, this series has a tradition of introducing new characters in every novel, and this one isn't different. Now, I have to admit that at first I didn't really care for Abby, her family and their friends. However, as the story progressed they all really grew on me, and I eventually became a fan. Interestingly though, the new characters I liked almost instantly are the villain Dobrenyi and his poor servant Ruckhorn. They're just hilarious! There's also another new villain in this book that isn't hilarious at all, but whom I still consider a very good character--in a morbidly fascinated way.

In terms of adventure, action, fights and the such, this book is a pleasure to read. There's lots of exciting stuff going on for the most part of the story, with characters constantly having their skills and brains put to the test as they face a variety of difficult and dangerous situations. But make no mistake: the quieter sections of this novel are equally good, and in fact they make the less quiet parts even more rewarding.

The one thing in this novel that doesn't work for me is the way Beth and Michiko's romance is handled. Funny how I used to root so hard for them to get together, and now that they did, I can't feel anything other than disappointment. Ah, well, at least this book doesn't include any scenes that I'd describe as highly upsetting, unlike its predecessor.

Except for what I mentioned in the previous paragraph, I love this book! I'd say "Redblade" is one of the best novels in the series so far. In my opinion, it's about as good as "Under the Stars of Faerie," and it makes me eager for more Monkey Queen adventures.