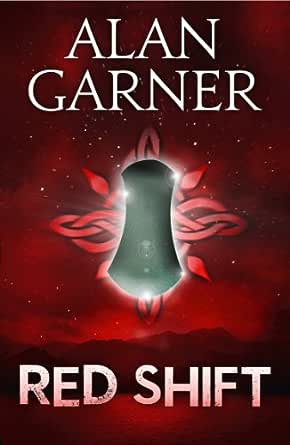 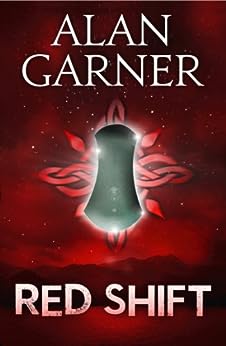 “A magnificently multilayered novel… and a superbly exciting piece of literature.”
The Times

“…A work of poetic imagination that will keep any adult mind at full stretch.”
Daily Mail

Under Orion's stars, bluesilver visions torment Macey, Thomas and Tom as they struggle with age-old forces. Distanced from each other in time and isolated from those they live among, they are yet inextricably bound together by the sacred power of the moon's axe, each seeking his own refuge at Mow Cop.

Can those they love so intensely keep them clinging to reality? Or is the future eternally destined to reflect the past?

Alan Garner was born in Cheshire on 17th October 1934, and his childhood was spent in Alderley Edge, where his family has lived for more than four hundred years. He was awarded the OBE in 2001, for his services to literature.

3.9 out of 5 stars
3.9 out of 5
51 global ratings
How are ratings calculated?
To calculate the overall star rating and percentage breakdown by star, we don’t use a simple average. Instead, our system considers things like how recent a review is and if the reviewer bought the item on Amazon. It also analyses reviews to verify trustworthiness.

CB
3.0 out of 5 stars Too obscure
Reviewed in Australia on 23 January 2019
Verified Purchase
There's some beautiful writing in "Red Shift" but it's hard to grasp what it's really on about (and in some places what's happening). Garner was more intent on writing Literature, than telling a good story. I'd be surprised if any teenager ever read it without being forced to. The only enjoyable part of the book is the challenge of the code at the end.
Read more
Helpful
Comment Report abuse
See all reviews

alex russell
3.0 out of 5 stars Not a book to enhance Alan Garner's solid reputation
Reviewed in the United Kingdom on 18 August 2020
Verified Purchase
Alan Garner has a solid reputation as an author, so much so that I thought I’d missed out by not having read any of his books. I decided to try Red Shift hoping it would be a good taster to his portfolio and the fantasy genre. Have to say the novel struck me more as an experimental work, which I admit doesn’t fit with the chronology his catalogue. A reader needs to consider the premise of the story - that the central characters of the three timelines are united by some timeless sacred astrological power which creates a disconnect with their immediate contemporary relationships, but I think this could have been portrayed with greater craft and aplomb. A significant part of the narrative is taken up by several pitter-patter beat-less conversations, more akin to a script than a novel, which add very little for the reader. The constant switches between timelines, presumably done to indicate that it’s all a continuing theme, is at first surprising but then becomes clumsily predictable. Few of the characters are at all rounded or indeed sympathetic, so that the reader doesn’t greatly care how they end up. Then there’s the premise of the novel itself - can love break the spell so that the character becomes at ease with reality, or does the pull from some astrological or spiritual power always win through? It’s an odd notion, perhaps eroded since the book was published since we know more about space and human psychology since then, but a reader may nevertheless be willing to accept, for example, that ley-lines indicate an unseen yet powerful connection with the earth if it can carry a good story. The trouble with Red Shift is that it’s construction, lack of pacing, poor character development, and schoolboy/girl level of writing all let it down.
Read more
Report abuse

Punk Preacher
5.0 out of 5 stars A tale of history and imagination
Reviewed in the United Kingdom on 22 February 2014
Verified Purchase
i first read Red Shift as a teenager, having read The Weirdstone of Brisingamen and Elidor. This tale was both confusing and astonishing to my adolescent mind, with its honest use of sexual language and even some swearing.

I have just re-read it (I am now 50), and found it intriguing and compelling in equal measure. The three time periods woven through the book are linked by an ancient axe head, which draws people together across the centuries. It covers war and conflict, as well as reminding us that people are people no matter when they lived. And that sexuality plays a prime role in who we are and how we behave.

Essentially a book for older teenagers, it is a timeless and challenging classic for encouraging and stimulating the thoughtful imagination.
Read more
9 people found this helpful
Report abuse

5074
1.0 out of 5 stars A complicated arrangement of stories.
Reviewed in the United Kingdom on 22 April 2019
Verified Purchase
There were so many goings back and forth with characters that I could only follow a couple. I couldn't work out what was happening.
Read more
Report abuse

Guernsey02
5.0 out of 5 stars Five Stars
Reviewed in the United Kingdom on 29 May 2017
Verified Purchase
Vintage Garner - read it! He does dysfunctional parenting (among many other things) so well . . .
Read more
4 people found this helpful
Report abuse
See all reviews
Get FREE delivery with Amazon Prime
Prime members enjoy FREE Delivery and exclusive access to movies, TV shows, music, Kindle e-books, Twitch Prime, and more.
> Get Started
Back to top
Get to Know Us
Make Money with Us
Let Us Help You
And don't forget:
© 1996-2020, Amazon.com, Inc. or its affiliates