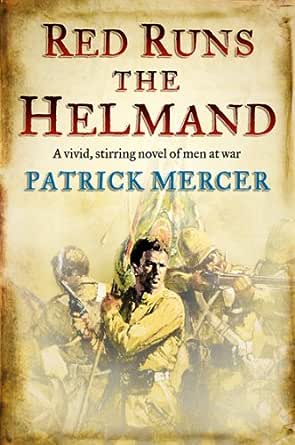 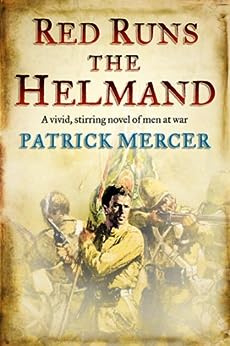 Praise for To Do and Die:

‘Mercer's prose is muscular yet silky smooth. His depiction of the experience of battle is unsurpassed’
Saul David, author of Zulu Dawn

‘Mercer creates colourful, believable characters that stay true to the dialect of the time, but remain recognisable to any modern soldier. Fans of Sharpe, Flashman or Matthew Hervey should enjoy this novel’
Soldier Magazine

Born in 1956, Patrick Mercer read History at Oxford University before joining the Army. He commanded his battalion in Bosnia and Canada. Previously receiving a gallantry commendation, he was awarded the OBE in 1997. In 1999, Patrick Mercer accepted a post as the Defence Reporter for the Today Programme. In the 2001 election, he won the Tory seat in Newark. A respected historian, he has already published a non-fiction account of the Inkerman battle during the Crimean War.

A. Hunter
5.0 out of 5 stars First rate & highly evocative of the period
Reviewed in the United Kingdom on 2 June 2013
Verified Purchase
The story is based on the battle of Mainwand, Afganistan, in 1880 and stands on its own - you don't need to have read the two two previous books of the trilogy to enjoy this fully - and I would say this one is better than the others. There is a Kipling-like understanding of the military mind of all ranks and indeed of the Indian Army of the time that brings the characters and location alive. A lesser author would have chosen one of the more victorious episodes of the period but I suspect Mercer deliberately wants to draw some comparison with current events in that province. As a result, the lead role has to be more rounded than an all-conquering Sharpe or Mathew Hervey, and Mercer manages that with Brig. Gen. Morgan. If I have any quibble, it is his derogatory characterisation of the most senior officers - especially Roberts, which I view as unwarranted - which detracts from the tale somewhat. Nevertheless, a thoroughly good read.
Read more
Report abuse

Big Fella
4.0 out of 5 stars Handling weapons and inter-rank discipline.
Reviewed in the United Kingdom on 9 September 2012
Verified Purchase
The final volume in the enjoyable 'page turning triology'.The general accuracy of the three story-lines is good, however, I take issue with Patrick Mercer on his version of Officer-Other Rank Relations, especially during the Crimea War (First volume) and the Indian Mutiny (second volume) and to some lesser extent during the Afghan story line of the third volume. The discipline was very strict and there was a great social barrier between the Officer Class and the lower ranks. The strict discipline and social barriers were definitely in existance up to and including the pre-war WW2 period, especially in India, (Father served there in the 20's and other family members, colleagues and friends who served there in the thirties and up to and during partition). This would have also applied during the storyline of the triology. With respect, I believe that Col. Mercer, has written of the changed, more relaxed, attitude to inter-rank discipline and relations of the British Army of his time with HM Forces.Secondly, holding a .45 Webly in your mouth is stretching (no pun intended)greduality a bit. They are heavy and unweildy weapons; the same applies to holding a sword in the mouth; he's forgotten how his arms felt after sword drill!! Otherwise three very readable sories.Well done.
Read more
Report abuse

Don't tell him your name Pike
4.0 out of 5 stars the Maiwand Heroes
Reviewed in the United Kingdom on 29 September 2012
Verified Purchase
Once again the author captures the pain, the fear, the blood letting of battle. Maiwand was a battle to rival Rival Rourkes Drift the year before, it was a terrible time for the 66th Foot, Jacobs Rifles, the Grenadiers, the royal Horse Artillery and more who fought like heroes. There were a couple of things that didn't add up though, the use of the word "shufti", its of Arab origin (Safa) try to see, and it wasn't used as a British Army colloquial term until the 1940's, and also Captain McMath, in the defence of Kandahar, he was killed at Maiwand. Apart from these small errors though, Brilliant!

John Townsend
4.0 out of 5 stars Red runs the Helmund
Reviewed in the United Kingdom on 8 August 2012
Verified Purchase
It took me a while to get used to the use of the first person. This hadn't been used in the two previous novels in the Morgan trilogy. The significance of the author's military experience in this part of the world never left me while reading this book and one can't escape the notion than any military occupation of Afghanistan has been doomed to failure right up to the present day.
The story rattles along at a really good pace and I found it hard to put down once I had negotiated the preliminary stages. Anyone who likes military fiction will enjoy this.
Read more
Report abuse