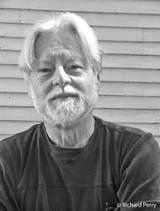 by Thomas H Cook (Author)
4.3 out of 5 stars 91 ratings
See all formats and editions
Sorry, there was a problem loading this page. Try again.

"Thomas Cook writes like a wounded angel and Red Leaves is one of his masterworks. Sorrow, suspicion, fear and forgiveness hang suspended over an almost unbearably increasing tension. In Cook's hands, the crime novel, if that's what this is, moves firmly into literature." Peter Straub "Red Leaves is one of the best novels you'll read this year - gripping, beautifully written, surprising and devastating. Thomas H. Cook has long been one of my favourite writers. Red Leaves will show you why." Harlan Coben Quercus is a brand new imprint with a lot of fine crime titles to be published this year, and if this, the first I've seen, is anything to go by, it will be a big success. Something ugly rears its head in smalltown America as a little girl goes missing while being baby-sat by a teenage boy. Slowly but surely the boy's father, Eric Moore, who narrates the story, begins to suspect everything his son does and says, and realises that his whole life is based on falsehood. As his wife who is cuckolding him says: "Everybody lies", which mirrors the comment by his alcoholic brother: "Everybody's a fake." Red Leaves is a brilliant description of how a seemingly perfect life can fall apart all because of one phone call. Outstanding, and so very melancholic. Independent on Sunday Thomas H Cook is a crime writer's crime writer; he's been around for several decades now, praised by his peers but never totally embraced by the reading public. His latest novel, currently shortlisted for the US Edgar Award, should surely help to put a stop to this neglect. Set in small-town America, it traces the steady and agonising destruction of a seemingly normal family, following the disappearance of a local teenager. Narrated by a local businessman blissfully unaware of how tenuous the ground is under his feet, this is a splendid if painful destruction of the American dream by everyday evil. It makes for a most bitter but powerful tale, guaranteed to leave a bad taste in the mouth; you won't be able to put it down. Guardian '...a cracking book ... deserves to put Cook up in the top bracket among readers as well as fellow writers.' Manchester Evening News 'A terrific piece of work' Guardian 'Red Leaves is a brilliant description of how a seemingly perfect life can fall apart all because of one phone call. Outstanding.' Independent on Sunday

Thomas H. Cook is the author of eighteen novels and two works of non-fiction. He has been nominated for the Edgar Allan Poe Award five times in four different categories, with his novel, The Chatham School Affair winning the Edgar for Best Novel. He lives in New York City and Cape Cod.
Start reading Red Leaves on your Kindle in under a minute.

Tracy CompulsiveReaders
4.0 out of 5 stars Red Leaves
Reviewed in the United Kingdom on 19 June 2017
Verified Purchase
This is a powerful and uneasy book about a family surrounded by suspicion and lies.  Eric Moore is our narrator and his honest and painfully raw account of a terrible event that occurs when his teenage son Kevin babysits Amy, an eight year old neighbour, and the following morning she is discovered missing.

Living with a secretive, mono-syllabic teenager isn't easy at the best of times, but when your teenager is then accused of unspeakable things and does very little to persuade you of his innocence, the tension in the story really heats up.  It's a page turner which an ending which caught me out.
Read more
Report abuse

Vicuña
5.0 out of 5 stars A family implodes; this is a masterpiece.
Reviewed in the United Kingdom on 4 October 2013
Verified Purchase
Surprisingly I haven't come across Thomas Cook before so I'm delighted to have more to discover! This is taut and exquisitely written. It reads like a coiled spring; every page unwinds a little more and suddenly the reader is catapulted to a different level.

It's introspective so if you want an action packed crime thriller, look elsewhere. Small town America, a young girl goes missing and the novel follows the effect of the disappearance on the family of a prime suspect. The thread of reflective narration by an interested observer is intriguing and serves well to link characters and the past with current events. This is a detailed dissection of dysfunction in families. Superficially all is well, but scrape the surface and there's a different agenda, a different story and deep, dark secrets which cause implosion.

In a nutshell, I loved this. The prose is spare. Every word counts and I was drawn right in to the mystery of events and the surprising finale. Characters, plot, pace, language...it's all there. Compelling and totally absorbing and very rewarding.
Read more
One person found this helpful
Report abuse

Marie
5.0 out of 5 stars Kept me interested from start to finish
Reviewed in the United Kingdom on 24 October 2011
Verified Purchase
Great read. This is a story that makes you ask what would I do, how would we cope? I found I was more focused on the plight of the teenage boy who was under suspicion than the little girl who was missing and her family. I have thought about this since finishing the book and decided that the author was very clever in placing the reader in the situation most relevant to themselves. Not sure if that was his intention but it certainly worked for me.
Read more
One person found this helpful
Report abuse

M3
4.0 out of 5 stars Excellent... after the first two chapters
Reviewed in the United Kingdom on 4 October 2011
Verified Purchase
I initially found Red Leaves hard to get into. The first two chapters throw names and situations at you that you obviously have no knowledge of. After that, though, the story flies by with three-dimensional characters and an excellent pace. A good, if very short, read.
Read more
Report abuse

Well read
5.0 out of 5 stars Five Stars
Reviewed in the United Kingdom on 9 February 2017
Verified Purchase
Satisfied
Read more
Report abuse
See all reviews
Back to top
Get to Know Us
Make Money with Us
Let Us Help You
And don't forget:
© 1996-2021, Amazon.com, Inc. or its affiliates