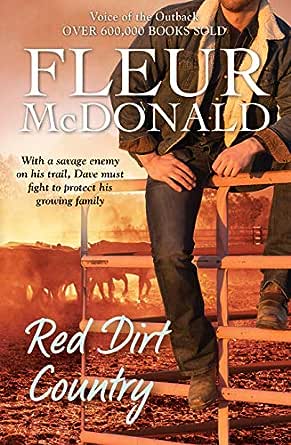 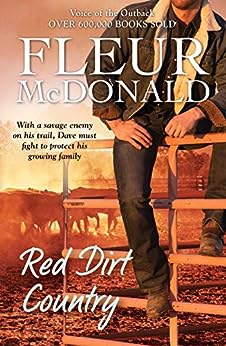 Nobody does rural fiction quite like Fleur McDonald.' The Weekly Times

Recovering from an undercover case in outback Queensland, Dave Burrows finally returns to Perth, to join his pregnant wife, Melinda, and their small daughter, Bec. Things have been off-kilter between Mel and Dave for some time and nothing he says or does seems to make it right. Once Dave starts waking violently in the dark nights, reliving the horrors of the Queensland job, Mel issues an ultimatum.

But Dave's work, despite its dangers, means everything to him. He's finally achieved his long-held dream and is now a Detective Senior Constable in the stock squad. And as soon as his shoulder wound is declared fully healed, Dave jumps into an investigation of stock theft in the north of Australia. There's a standoff between two stations and a history of disappearances and grief to uncover.

It's also a long way away from his problems with Mel.

With the prospect of going back to Queensland to give evidence as a protected witness, a dangerously ruthless enemy on the loose, and a family to protect, Dave's first experience on the stock squad is deep in an underbelly of racial divide with family secrets, long-repeated lies, kidnapping and murder.

Praise for Without A Doubt

'Engaging and well-paced, Without a Doubt was devoured quicker than my Easter chocolate. Fleur McDonald has a wealth of farming experience and she employs that knowledge to pen a tale of small communities, mustering and stock losses.' Beauty and Lace

'McDonald writes a riveting rural crime story that had me grabbing for the book every spare minute I had.' The Burgeoning Bookshelf

Fleur McDonald has lived and worked on farms for much of her life. After growing up in the small town of Orroroo in South Australia, she became a jillaroo before spending twenty years farming 8000 acres, east of Esperance, WA.

Fleur likes to write about strong women overcoming adversity, drawing inspiration from her own experiences in rural Australia. She is the best-selling author of Red Dust, Blue Skies, Purple Roads, Silver Clouds, Crimson Dawn, Emerald Springs, Indigo Storm, Sapphire Falls, The Missing Pieces of Us, Suddenly One Summer, Fool's Gold, Where the Rivers Run, Without a Doubt, and Starting From Now, as well as the ebook exclusives If You Were Here and A Farmer's Choice.

Fleur currently lives in Esperance with her two children, an energetic kelpie and a Jack Russell terrier.