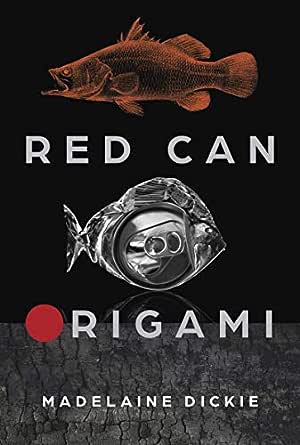 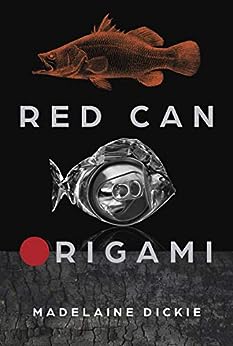 A timely and contemporary novel and love story about a young reporter caught in a battle between an Indigenous community in Australia's north and a Japanese uranium mining company.

Ava has just landed a job as a reporter in Gubinge, a tiny tropical town in Australia's north.Gubinge has a way of getting under the skin. Ava is hooked on the thrill of going hand-to-hand with barramundi, awed by country, and stunned by pindan sunsets. But a bitter collision between a native title group and a Japanese-owned uranium mining company is ripping the community in half.From the rodeos and fishing holes of northern Australia, to the dazzling streets of night-time Tokyo, Ava is swept in pursuit of the story. Will Gerro Blue destroy Burrika country? Or will a uranium mine lift its people from poverty? And can Ava hold on to her principles if she gives in to her desire for Noah, the local Burrika boss?
See all Product description

Jennifer Cameron-Smith
TOP 10 REVIEWER
5.0 out of 5 stars ‘The ocean parts like a liquid silk kimono.’
Reviewed in Australia on 19 February 2020
Format: Kindle Edition
Ava Kelly has left Melbourne behind. She’s landed a job as a reporter in the tiny (fictional) town of Gubinge in Australia’s tropical north. She sees beauty in the country, the camaraderie, the challenge of barramundi fishing. But below the surface, all is not well.

There’s tension between different indigenous groups, and between the indigenous people and the others who live there. A Japanese-owned company, Gerro Blue, wants to mine uranium found there. The community is divided between those who think that mining will bring prosperity, those who are concerned about environmental effects, and those concerned that the indigenous heritage of Burrika country will be destroyed. The local Burrika people have a native title claim pending over a place which contains a cave with rock paintings, land from which the white owner tries to exclude them. On a trip there, Ava sees a bulldozer (with Gerro Blue’s logo on it) parked near some recently exposed bones. Ava knows there is a story here. But Ava’s story about tragedy is turned into tabloid sensationalism by her editor. And some of the relationships Ava was developing with the indigenous people are damaged.

Ava is offered a job by Gerro Blue’s CEO, Yuma Watanabe. He offers her a job as the Aboriginal Liaison Officer, telling her that Gerro Blue wants to deal sensitively with the indigenous people:

‘You understand paradox, that different ways of seeing or being can be simultaneously correct.’

After giving the job offer some thought, Ava accepts. She thinks that she can make a difference, will earn lots of money in a short period. Ava also sees an opportunity to help Noah (the Burrika board director) for whom she has feelings.

This is a comparatively short novel which covers a lot of different issues, including: there is not one indigenous voice; native title rights do not necessarily exclude mineral exploration; and investment opportunities seem more important to remote government than cultural issues.

I liked the second person voice used in the narration because it brings the reader into the story. And we are there, whether we like it or not. There’s either our indifference or objection, or sometimes support for native title issues, there’s our (non-indigenous) confusion about what country means. There’s our difficulty weighing cultural concern against perceived economic benefit.

I became caught up in this story, wondering how real-life equivalents will end. This is Ms Dickie’s second novel: I’ll have to read her first.

‘Before you hit the road, you walk to the servo for a takeaway coffee. The pavement sparkles with glass, shimmers with an origami of flattened red cans.’