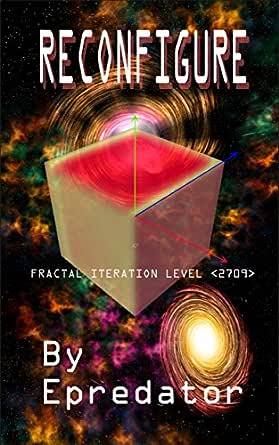 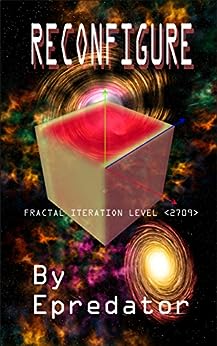 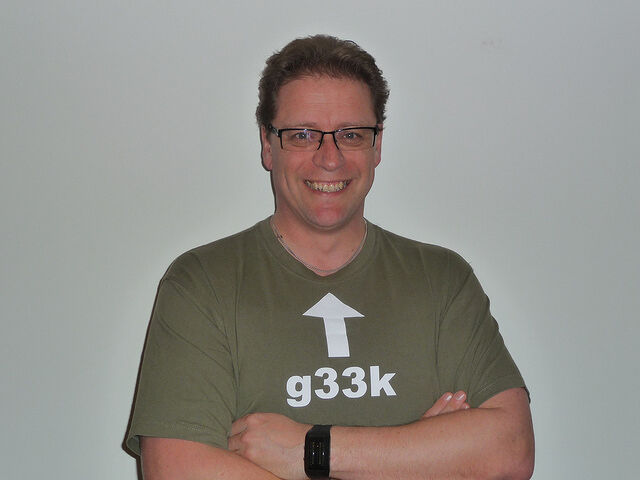 Epredator / Ian Hughes is a metaverse evangelist. He has worked in unusual and emerging technologies in both a corporate setting and out in startup land. He specialises in using game technology, such as virtual worlds to help people communicate and understand concepts. Being a techie, and working across many mediums he has used social media since before it was as social as it is now. Blogging and sharing ideas is a core part of who he is. Science Fiction is a natural genre and his first book was spawned from using and developing software for virtual environments. He was resident super geek on a UK TV show called The Cool Stuff Collective for 39 episodes from 2011-2011. He was able to share his enthusiasm for new technology with the next generation, as well as working alongside a monkey, a cave girl and a host of other characters. In the third series he got to relive his own saturday morning childhood TV memories by flinging custard pies at people too. His epredator handle is common across most games and platforms. It is part of his online persona, but heavily integrated with his real life one. Things may be digital but they are still real. He used to use just Predator because he was good at instinctively hunting down bugs. However, then the 20th Century Fox movie and characters appeared and it became a much more common name and handle. The Yautja offering an honourable and strong character to identify with too. In the late 90's everything was getting e put on the front of it, ebusiness, ecommerce. So in part a joke he added the e. It stuck. Epredator became a well known handle through the rise of virtual worlds such as Second Life in 2006-2009. By sharing his ideas with colleagues he became known as a metaverse evangelist. Travelling the world explaining why you don't need to travel the world when you can meet in a virtual world full of expression and fun. He is not all digital though, he is a Head Instructor in the self defence martial art Choi Kwang Do. His wife and two children (the latter are both now black belts too) all practice the art. --This text refers to the paperback edition.

Richard Hopkins
5.0 out of 5 stars For the geek in you that wants to be a hero
Reviewed in the United Kingdom on 6 January 2016
Verified Purchase
A hugely enjoyable read that sends the cyberspace idea off in an interesting new direction. Don’t let the shaky initial internal monologue put you off, Reconfigure quickly grounds itself nicely in the real world before the nature of reality starts shifting around.
The book will appeal deeply to those who tinkered around at building things in Second Life a decade ago with the heroine's experience matching those of us who built moving sofas and scaling TVs to simulate a user’s viewing experience. It’s is certainly the only book I've come across that uses the word 'rezzed' without any explanation!
Having said that, it quickly builds pace and you don’t need any experience of virtual worlds to appreciate the novel ideas and thrills of Roisin’s journey from programmer to hero. Recommended.
Read more
2 people found this helpful
Report abuse

Andy Piper
5.0 out of 5 stars Good techno-thriller that techies will love
Reviewed in the United Kingdom on 4 January 2016
Verified Purchase
A clever story mechanic firmly grounded in gaming, virtual worlds, tech and coding. For me it took a while to take hold as it needed to lay the groundwork, but once Roisin (the protagonist) stepped into the real world about midway through it became a real page-turner of a techno thriller. A couple of good twists I didn't see coming held my attention! Epredator does a good job making the complex sound more realistic and simple.

Disclaimer: I'm a friend of the author and provided some advice during development, but I firmly believe that many sci-fi and tech fans will enjoy this novel.
Read more
One person found this helpful
Report abuse

DT
5.0 out of 5 stars An amazing first novel from a creative mind
Reviewed in the United Kingdom on 6 December 2015
Verified Purchase
I recommend this book to all programmers, g33ks and hard science fiction fans. This is a real page-turner with an intriguing theme, especially resonant for anyone who believes that the Singularity is near. Some original and creative thinking , a strong storyline and well developed characters. The author uses the language of computer science to bring the story to life, in much the same way that 'The Martian' uses the language of space science - I can't wait for the movie!
Read more
One person found this helpful
Report abuse

MR O R ROGERS
5.0 out of 5 stars A great read
Reviewed in the United Kingdom on 11 February 2021
Verified Purchase
Gripping techie thriller!
Read more
Report abuse
See all reviews
Back to top
Get to Know Us
Make Money with Us
Let Us Help You
And don't forget:
© 1996-2021, Amazon.com, Inc. or its affiliates