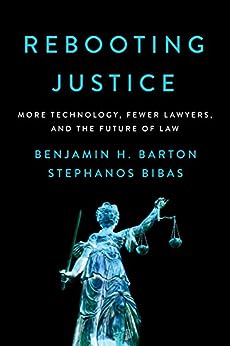 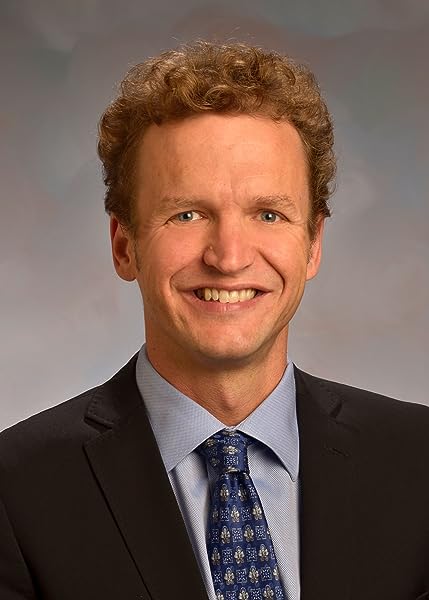 Benjamin H. Barton is the Helen and Charles Lockett Distinguished Professor of Law at the University of Tennessee. His scholarship has been discussed or reviewed in Time Magazine, the New York Times, Wall Street Journal, Washington Post, The Washington Examiner, The Sydney Morning Herald, and The ABA Journal. Barton also worked as a clinical professor of law for thirteen years representing indigent clients in criminal and civil courts. Stephanos Bibas is a Professor of Law and Criminology and the Director of the Supreme Court Clinic at the University of Pennsylvania. He is also a founding faculty member of the Quattrone Center for the Fair Administration of Justice, which seeks to study and fix flaws in the criminal justice system that cause innocent defendants to be wrongfully convicted. A graduate of Columbia, Oxford, and Yale Law School, he clerked for Justice Anthony Kennedy on the U.S. Supreme Court. As a federal prosecutor in New York City, he successfully investigated, prosecuted, and convicted the world's leading expert in Tiffany stained glass, who had hired a grave robber to steal priceless Tiffany stained-glass windows from tombs in cemeteries. Winner of the Best Speaker award at the World Debate Championships, Bibas has argued six cases before the United States Supreme Court and been cited by that Court six times. He is an internationally recognized expert on criminal procedure and has lectured on and debated these issues across the country. His critically acclaimed yet lucidly written book, The Machinery of Criminal Justice, was published by Oxford University Press in 2012, excerpted serially at The Volokh Conspiracy and Sentencing Law and Policy blogs, and featured on C-SPAN's Book TV. He has been interviewed and quoted by the New York Times, Wall Street Journal, Washington Post, Los Angeles Times, Chicago Tribune, USA Today, Philadelphia Inquirer, and many other media outlets.
--This text refers to the hardcover edition.

D. Van Epps
5.0 out of 5 stars A Candid Discussion of Judicial System Challenges with Realistic Recommendations for Improving our Justice System
Reviewed in the United States on 31 August 2017
Verified Purchase
There is broad consensus in the judicial system that a vast number of us cannot afford even basic legal services despite there being a superabundance of lawyers. Further, many people who can afford lawyers choose not to hire them because they cannot identify a return on investment. The result is that courts are seeing dramatically increasing numbers of parties unrepresented by lawyers.

What professors Barton and Bibas have expertly accomplished is distilling into one very readable book the many factors that contribute to a largely inaccessible justice system. Whereas many “access to justice” efforts in the past three decades have focused on identifying means of providing more lawyers to more people, the authors persuasively argue that “lawyering up” has not been an effective strategy. Instead, they propose simplifying processes that may not require lawyers, such as having special dockets for unrepresented parties in low value claims, having judges become more active in eliciting important facts from parties, ensuring that simple forms are available, and piloting the use of technology to help people resolve typical disputes through online dispute resolution, to name just a few. The suggestions for reforming America’s archaic and inexplicably expensive system of legal education are particularly insightful.

Having served on innumerable “access” committees over three decades where addressing the root of the problem is largely avoided, this candid assessment of legal representation, together with its array of potential solutions, is both timely and welcomed.

William
5.0 out of 5 stars This Book Tells When It May Be Wise To Use A Lawyer And When It May Not Be Wise To Use A Lawyer.
Reviewed in the United States on 20 April 2018
Verified Purchase
This book tells what particular situations it may be wise to use a lawyer and in what particular situations, it may be wise to try to avoid using a lawyer if possible. In cases involving a lot of legal technicalities and a lot of legal procedures, it may be wise to use a lawyer in those instances. Pro-se means without a lawyer. In New York City evictions, 88% of tenants are unrepresented by a lawyer and 98% of landlords are represented by lawyers. In California, 80% of family law cases involve at least one party proceding per se. The costs of preliminary hearings are usually between $2,000 and $10,000. A jury trial can run into six figures. In the 21st Century, England has deregulated the market for legal services making it more deregulated than the United States. Bills from lawyers can add up fast. The biggest expense in modern litigation is not time spent in court. It is time spent on the discovery process. It is harder and more expensive for a person to become a lawyer in the United States than in many other countries. Between the years 1985 and 2011, roughly one in three law school graduates in the United States could not find work as a lawyer, and there are many as 600,000 JD holders who are not working as a lawyer. Roughly a quarter of the lawyers are not in private practice. In the 1700s and in the 1800s, a citizen could represent himself. Even then many judges were not lawyers.
Read more
One person found this helpful
Report abuse

RAFAEL MARTINS COSTA MOREIRA
5.0 out of 5 stars Five Stars
Reviewed in the United States on 12 January 2018
Verified Purchase
Very good
Read more
Report abuse
See all reviews
Back to top
Get to Know Us
Make Money with Us
Let Us Help You
And don't forget:
© 1996-2021, Amazon.com, Inc. or its affiliates