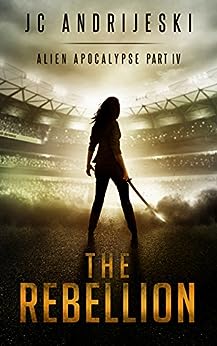 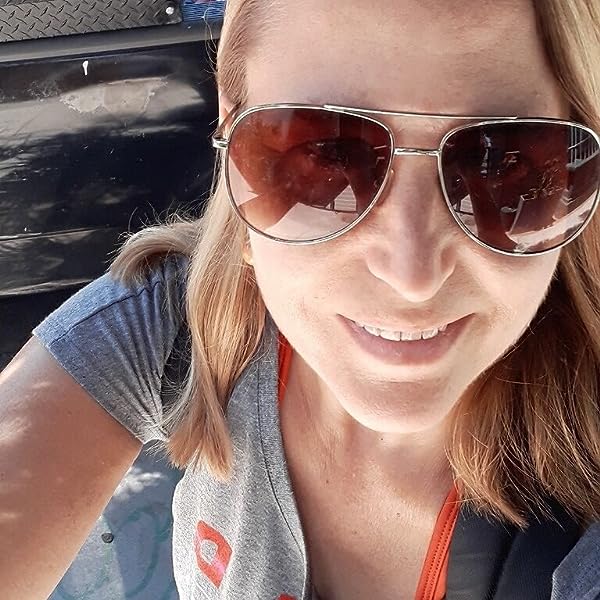 JC Andrijeski is a USA TODAY bestselling author who writes paranormal mysteries and apocalyptic fiction, often with a sexy, romantic and metaphysical bent. JC has a background in journalism, history and politics, and loves martial arts, yoga, meditation, hiking, swimming, horseback riding, painting... and of course reading and writing. She grew up in the Bay Area of California, but travels extensively and has lived abroad in Europe, Australia and Asia, and from coast to coast in the continental United States. She currently lives and writes full-time in Bangkok, Thailand. To learn more about JC and her writing, please visit jcandrijeski.com. If you want an email when JC's next book is released, as well as special giveaways, offers to read books early and other prizes, join her newsletter, THE REBEL ARMY, at: http: //hyperurl.co/JCA-Newsletter JOIN NOW and you'll get a FREE BOOK! --This text refers to an out of print or unavailable edition of this title.

Kay Mack
TOP 500 REVIEWER
5.0 out of 5 stars Sci fi at its best
Reviewed in Australia on 16 July 2021
Verified Purchase
I almost read this right through in one go but sleep and meals forced a reading shut down. There are so many layers to this story that it was in a way educational. Even during the laughter and tears. The Nirreth may be technologically advanced but they need to learn a lot. And the Samurai will help teach them. A story that will stay in the heart for a long time, it was enhanced by Jets growing love for Trazen. In all a beauty!
Read more
Helpful
Report abuse
See all reviews

Helene Haddow
5.0 out of 5 stars Just Epic!
Reviewed in the United Kingdom on 2 September 2017
Verified Purchase
One of the best series of books I have ever read. I read all four books over 4 days and I am sad that this story is over. I am a 55yr old house wife and happily married but I so want a Nerrith man so badly! Brilliant just brilliant
Read more
Report abuse

Carleigh
5.0 out of 5 stars Fantastic ending to this series
Reviewed in the United States on 22 March 2021
Verified Purchase
Love the ending to this awesome series! Everything gets wrapped up nicely while still leaving enough open to draw your own conclusions. Wish there were more stories with these characters!
Read more
Report abuse

Nancy
5.0 out of 5 stars Excellent Ending
Reviewed in the United States on 7 July 2015
Verified Purchase
The fourth book in this series exceeded my expectations. Jet finally finds out what her role is in all that's been happening around her. The finale surprised me when I think of when I first started reading these books and where I thought the direction of the story would go. I am not disappointed at all in how it ended, but instead really liked the choices Jet made through out the entire series which made her very believable to me. It was very satisfying to finally come to the end of this adventure and with all good reads I am sorry to see it end as I got quite attached to the characters.
Read more
One person found this helpful
Report abuse

Gayle, a reader
5.0 out of 5 stars The end of a four book series I couldn't put down
Reviewed in the United States on 26 July 2018
Verified Purchase
I so enjoyed the books in the Alien Apocalypse series. The ideas and characters were very compelling. Even finishing this last book of the series I kept wondering how it would end. I definitely will continue to read everything JC Andrijeski writes!
Read more
Report abuse