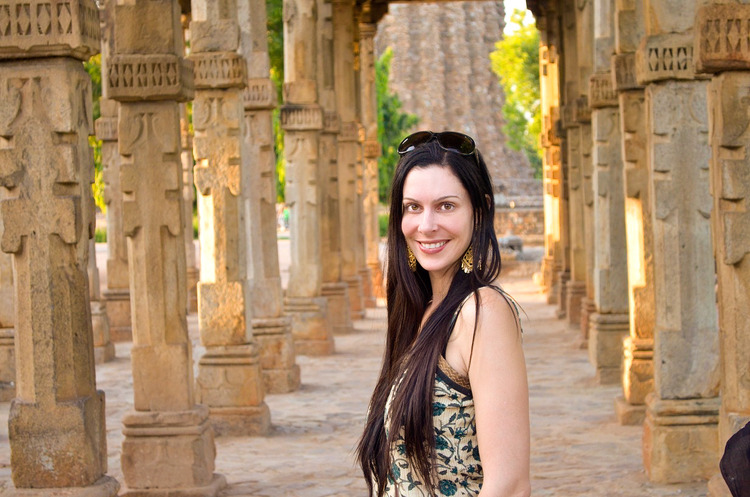 by Moran Michelle (Author)
4.5 out of 5 stars 232 ratings
See all formats and editions
Sorry, there was a problem loading this page. Try again.

"Nefertiti is a fascinating window into the past, a heroic story with a very human heart. Compulsively readable!"--Diana Gabaldon, on Nefertiti

"Michelle Moran has authentically evoked an era, infusing her narrative with passages of gripping and often horrifying drama, set in one of history's most brutal periods. The scope of the author's research is staggering, but you won't need to get to the notes at the end to realise that. As historical novels go, this is of the first rank--a page-turner that is both vividly and elegantly written. I feel privileged to be able to endorse it."--Alison Weir, author of Innocent Traitor

4.5 out of 5 stars
4.5 out of 5
232 global ratings
How are ratings calculated?
To calculate the overall star rating and percentage breakdown by star, we don’t use a simple average. Instead, our system considers things like how recent a review is and if the reviewer bought the item on Amazon. It also analyses reviews to verify trustworthiness.

Iset
4.0 out of 5 stars Enjoyable, solid, engrossing read
Reviewed in the United Kingdom on 13 April 2015
Verified Purchase
Moran made an excellent decision to make her main character entirely fictional. Moran is totally free to create Sita Bhosale out of wholesale cloth and she spends a great deal of time weaving a background for her that feels plausible. Not only that but Moran’s attention to detail and skill at language has improved so much so that Sita’s fictional life came across as evocative and authentic. In the same breath, Moran is able to slip this character seamlessly into historical events because of the huge gaps in the historical record in this era, and Sita still comes off believable and doesn’t take over the story. This time round it really felt like Moran had a decent understanding of the social attitudes and inner thoughts of the historical figures.

The one big deviation Moran does make is including the Circular Memorandum in the events of the book – an event which actually took place in 1886. Also, I have to agree with a friend who said the blurb was misleading. The blurb gave me the impression that Rani Lakshmibai would be a perspective character and dominate the story, or at least share it equally with Sita, but really it’s Sita’s story throughout. The promised raising of armies and riding into battles actually doesn’t happen until about 90% of the way through the book, and in fact the line about raising one army of women and another of men – I never saw that mentioned once in the novel. What we get instead is a compelling story of Sita’s life struggles, which in its own way made for a good read – it just wasn’t what the blurb led me to expect I’d be getting. If I had a wishlist for this book it would be that it had been longer – that way the build-up of Sita’s story could still have been told, and then the military action could have formed the core and heart of the tale with all the lavish page space it deserves.

Some of Moran’s old bad writing habits remain, but the good news is she’s learnt how to disguise them now, and do it well. There is info dumping here – Sita on several occasions outright explains points about Indian culture and history direct to the reader – but Moran gets away with it completely because she’s framed the whole story with Sita being persuaded to write her memoirs. This framework also allows the first person narration to work well. The writing flowed smoothly and didn’t jar or write itself into any awkward corners at all, part of that being due to the historical gaps allowing Moran to place Sita ideally in the tale, at the rani’s right hand.

Whilst I had a couple of niggles here and there, and I definitely wished we’d spent more time with the rani and on the actual battles, I found this book enjoyable, engrossing, and a solid read. Rebel Queen definitely continues Moran’s upwards trend.
Read more
2 people found this helpful
Report abuse

Martha Monsalve
5.0 out of 5 stars Colonization of India
Reviewed in Canada on 23 June 2021
Verified Purchase
This book is very well written and the story fascinating. It showed me how much more I need to read to start to understand the horrors and abuses the British did when they colonized India. I did not know the British were as cruel and greedy to robe the country of India of its wealth and culture in the name of Queen Victoria. They were no better than what the Spaniards did when they landed in the Inca or Mayan empires.
Read more
Report abuse