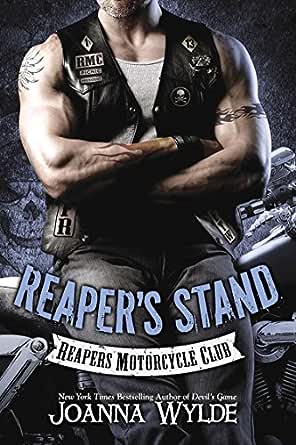 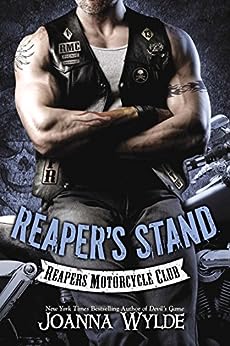 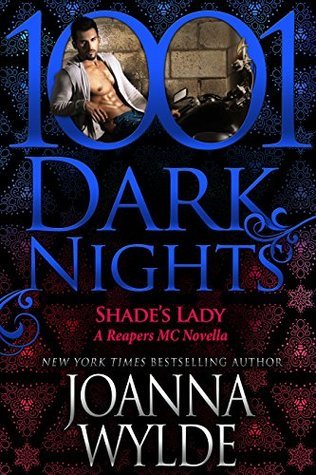 Praise for the New York Times bestselling Reapers Motorcycle Club Series "Raw emotion and riveting characters, I fell in love from page one!"
--Katy Evans, New York Times bestselling author "Mixes a super-hot bad guy, a struggling young single mother, and sex that blisters the imagination, resulting in a thrill ride as raw as it is well written."
--Publishers Weekly "Joanna Wylde has a great voice in this genre...This is such a well-done motorcycle club book."
--USA Today "Ms. Wylde's world-building skills are exceptional. She will completely take you into the biker world where the motorcycle club has [its] own values, rules, laws, and ways of doing things."
--A Bookish Escape "A really good bad-boy biker book! Exactly what I've been looking to read."
--Maryse's Book Blog --This text refers to the paperback edition.

4.7 out of 5 stars
4.7 out of 5
793 global ratings
How are ratings calculated?
To calculate the overall star rating and percentage breakdown by star, we don’t use a simple average. Instead, our system considers things like how recent a review is and if the reviewer bought the item on Amazon. It also analyses reviews to verify trustworthiness.

elizabeth stevens
5.0 out of 5 stars Picnic!!! equals orgasims......
Reviewed in Australia on 10 October 2014
Verified Purchase
Ok seriously this has to be the best book by far, by the awesome author Ms Joanna Wylde who of course shines as a kick ass MC writer and this alone shows us all why we love her books.. Her style is one of a kind that takes you on a journey with sexy alphas dirty talking straight up sex on a stick males... Picnic was by far the best book I've read in her series the reapers and thats saying alot since horse was totally my main man... The relationship between London and picnic was definitely one worth waiting for... Nothing says true love like dirty sex backstabbing and mayhem.... Fairy tale MC style and would totally recommend this book.... Congratulations to Ms Joanna Wylde
Read more
2 people found this helpful
Helpful
Report abuse

Possy2012
5.0 out of 5 stars A Favourite Read
Reviewed in Australia on 11 October 2014
Verified Purchase
I loved Reapers Stand. Im not sure if it is because the characters are older or whether Wylde just knows how to write. It has a different feel to it than the others in the series but still pretty amazing.
London is strong to a fault, she is the protector in her family and she doesnt know how to handle help or ask for it for that matter. It makes her human, she reacts, she is stupid and she is a great character.
Picnic is strong, he knows what he wants and i love that you see just how much he loves too. He loves his kids, still hates Hunter, his internal dialogue is pretty amusing, but he hurts too.
The secondary characters are well created, some of them we have met and loved and some of them are new and i hated regardless of their short comings in life. It created the right kind of feel for the book.
Reapers Stand is its own story and journey that is worth reading.

Pink cheeky
5.0 out of 5 stars THE BEST MC SERIES EVER!!!
Reviewed in Australia on 15 January 2015
Verified Purchase
I've read all of the Reapers series & this one is my favourite. Picnic & London are closer to my age which is a bonus. It's great to read about an older couple that act their age. No immature misunderstandings or childish tantrums in Joanna Wyldes books thank goodness.
Plot was fast paced & exciting. It ties in with previous books but you don't have to read them to understand what's happening in this book.
(There has been a huge influx of books with cliffhangers & even more "serials" I'm so over them. This is a book with a start & HEA.)
The H is so sexy (a bit of a d*%k at times) but once he's with London no other woman exists for him. London is fantastic. She's mature, hard working, decisive, loyal & loving mum. She doesn't play games & takes ownership of her mistakes & tries to fix things.
I've read a huge number of MC books but I keep measuring them all against the Reaper series. Joanna Wylde takes the time to write good quality books with believable plot lines, good editing, sexy hot men & strong courageous women. If you only read 1 MC book this year make it a Jo Wyldebook

fionaandbuffy
5.0 out of 5 stars Loved it.
Reviewed in Australia on 14 December 2016
Verified Purchase
Can't say enough about this whole series. Was not something I'd thought I would enjoy but it really surprised me. Loved the family feeling I got with the club and loyatly they had to each other. The men are hard but they are also loving and would do anything for their woman.
Read more
One person found this helpful
Helpful
Report abuse

wow
5.0 out of 5 stars loved it
Reviewed in Australia on 8 October 2014
Verified Purchase
Joanna wylde series just gets better and better. Was kind of hard at first picturing picnic cause in my head I'm picturing this old dude but reading through the book you really get engrossed in it.
Read more
2 people found this helpful
Helpful
Report abuse

Amazon Customer
5.0 out of 5 stars favourite
Reviewed in Australia on 8 October 2014
Verified Purchase
picnic is my favourite character, throw in London and this has become my favourite book, looking forward to painter
Read more
2 people found this helpful
Helpful
Report abuse
See all reviews

Kindle Customer
2.0 out of 5 stars Tedious Dull read! No story.
Reviewed in the United Kingdom on 9 September 2018
Verified Purchase
Wanted to like this, I love an MC read but I haven't really enjoyed any of these books apart from the first one. I want to read Cookie and Zeke's story though, it's really the only reason I read this, so I was caught up on what was happening while waiting for their story being published. But this was just too boring!

The story is not believable. The author did not write any emotion or dread in to the scene where the male lead tells his woman that her adopted daughter was hurt by multiple men repeatedly. There's no emotional reaction to her hearing it, not even in an internal monologue. She doesn't ask after his daughter, who almost dies from a miscarriage etc. There are so many gaps in this book and it's so lacking depth. I can't believe how dull it is to read yet has so many high reviews.

Even the vocabulary is limited, the same phrases are used in all the books, which makes reading not only the individual books tiresome, but the series as a whole tedoous. The writing is immature and basic, even the sex scenes are basic. I will still.read Cookie and Zeke's story if it comes out but just cannot give this more than 2 stars.
Read more
Report abuse

Lizzie
5.0 out of 5 stars Fabulous
Reviewed in the United Kingdom on 8 October 2014
Verified Purchase
As the author says, this book is different to the others in the series but it's just as good. It reads so well and the changes the characters go through - well I didn't see a lot of them coming.
Picnic (Reese) likes London, the boss of the cleaning company he uses. She is going out with a deputy, Nate, but actually likes Picnic too, fantasizing about him.
Fast forward a few months from their first meeting and things start falling into place. Others soon though fall out.
The book contains everything a biker book should.
Suitable for older readers due to content.
Read more
One person found this helpful
Report abuse

Pauline Hutchinson
4.0 out of 5 stars A cut above the rest
Reviewed in the United Kingdom on 19 October 2014
Verified Purchase
Waiting for the new reapear's book is like waiting for the new season of your favourite tv drama. You think you know what to expect but you are always looking forward to being surprised and Joanna Wilde continues to deliver every time. Reapear's Stand shows us love second time around can be just as intense and twice as hot. Reese and London show us that you can always find love if only you open your eyes.
Read more
One person found this helpful
Report abuse

Shirley Hunter
5.0 out of 5 stars brilliant read
Reviewed in the United Kingdom on 27 March 2015
Verified Purchase
This is such a brilliant read and full of bikers, sex, kidnapping, cartel, boldly wars what more can you ask for from Joanna lol
Loved Picnic in the first 3 books loved him in this and loved Loni even more so much happen between them in just a few weeks it's amazing but also terrifying too just brilliant
Joanna your such a tease I want more please !!!!!!!!
Read more
Report abuse

Dave
5.0 out of 5 stars Picnic and london
Reviewed in the United Kingdom on 12 October 2014
Verified Purchase
loved London so hoped she would get pregnant to picnic she is so good to her cousins kid and friend and picnic is a top dad they make a great couple but still this book has it all going on just like we expect from Joanna wylde books love the reaper motorcycle club can't wait for the rest of the books coz I could put this bad boy down
Read more
Report abuse
See all reviews
Back to top
Get to Know Us
Make Money with Us
Let Us Help You
And don't forget:
© 1996-2021, Amazon.com, Inc. or its affiliates