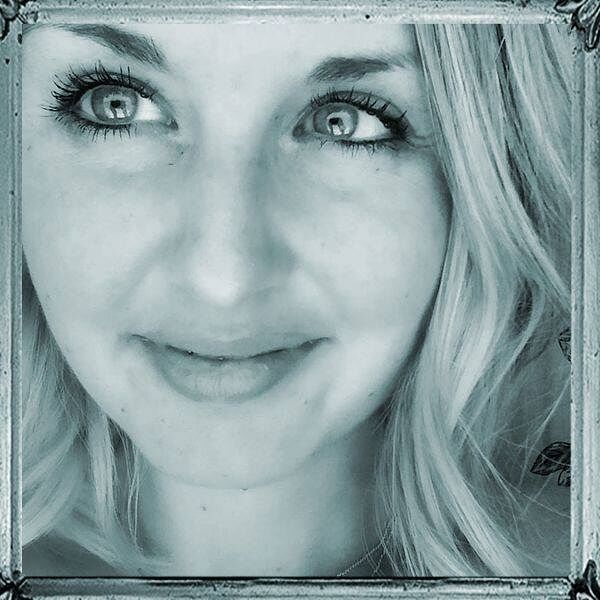 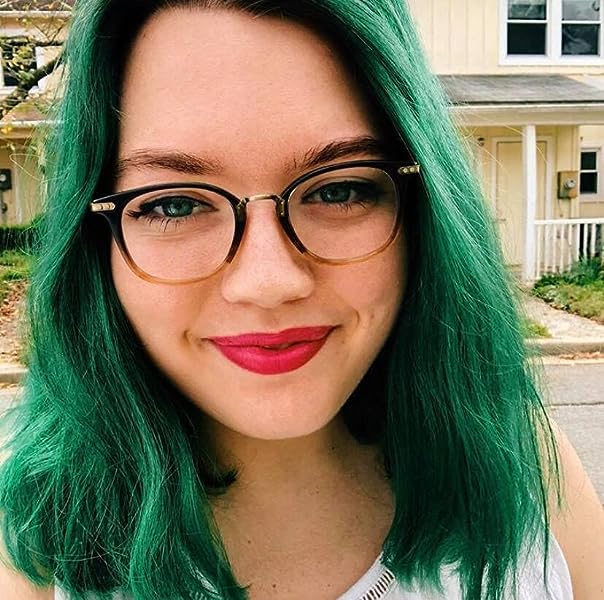 Page 1 of 1 Start overPage 1 of 1
Previous page
Next page
Start reading Reaper's Blood (The Grimm Brotherhood Book 1) on your Kindle in under a minute.

Meg Anne is the author and co-author of several series of paranormal romance novels.

Kel Carpenter is a USA Today bestselling author and writer of all things fantasy.

4.4 out of 5 stars
4.4 out of 5
131 global ratings
How are ratings calculated?
To calculate the overall star rating and percentage breakdown by star, we don’t use a simple average. Instead, our system considers things like how recent a review is and if the reviewer bought the item on Amazon. It also analyses reviews to verify trustworthiness.

Maddye
4.0 out of 5 stars Sassy & addictive fast paced read
Reviewed in Australia on 14 December 2020
Verified Purchase
This book has sooo many relatable quotes and snarky remarks that had me cackling throughout my read. I flew through this book in two sittings with the addictive and fun writing style, sass, sexy characters, and the slow and steady plot reveals.

My favourite character so far is Tamsin with her blunt sexual innuendoes (being a succubus) and her ability to call things as she sees them.

Moving on to the next book ASAP!

Rita Oska
5.0 out of 5 stars What an amazing and page turning book!!
Reviewed in Australia on 13 January 2020
I am so excited and happy to have gotten an early copy of the books and stating the series, even though I now have to wait longer for book two. However, I know that they wait is going to definitely be worth it. I loved this new series and the characters Salem and Graves were both so stubborn and Salem’s sassy personality and her love for food and cupcakes was just so hilarious and such a page turner. Congratulations to both authors for writing such an amazing start to a new series. Looking forward to the next book!!!

Kazz
5.0 out of 5 stars ❤ it
Reviewed in Australia on 9 March 2020
Ok so when i looked at the title i thought of the 2 brothers and some wacked out stuff like the fairy tails but nope this book is so much better
You have the hot brothers mate that you secretly have a crush on lol
A girl that doesn't know what the hell is going on and is out for vengeance the crazy aunt that seems a bit scatter brained but I secretly hope is a cover for something wicked lol oh and the sexy ass friend that will not hold back n tell it like it is
Over all yep read this book you won't be disappointed and have a laugh

Renee
TOP 500 REVIEWER
5.0 out of 5 stars it’s fun, entertaining and intriguing
Reviewed in Australia on 6 September 2020
I wanted more right from the first page, as the story grabbed my attention and I was ready to dive right into Reaper’s Blood by Kel Carpenter and Meg Anne. Grimm tales have always been a favourite of mine, and what these authors have created was fantastic.

The banter between Salem and Graves is entertaining and hilarious to read. Loved the first book in the The Grimm Brotherhood series and can’t wait to start the second book...oh wait I’ve got it right here.

Naedrax17
2.0 out of 5 stars 2.5 stars
Reviewed in Australia on 9 February 2021
I liked the idea & were some good parts but just felt it didn't have enough meat in it to really grab me. I just wish got more emotion from Salem that wasn't snark or need for cupcakes. She dies & comes back as a reaper & suddenly in this supernatural world... ah well shrug move on.... & we only got a small hint of her showing emotion for her twin brothers death.... will not be continuing with this series.
Read more
Helpful
Report abuse

Lynall
TOP 500 REVIEWER
5.0 out of 5 stars Fantastic
Reviewed in Australia on 14 January 2020
This story is epic ! It is hilarious- I love Salem, what a fabulous character! I couldn’t put this book down, I cannot waIt for the next in the series. I have definitely found a new author to follow

Kendoll
4.0 out of 5 stars So much fun!
Reviewed in Australia on 9 April 2020
This was freaking hilarious. I really enjoyed this take on Reapers.

I REALLY love Salem - her commentary, her internal monologue and just how relatable she is. Graves is pretty cool, my only complaint is I wasn’t really feeling the romance all that much.

The story is fast paced and I can’t wait to see what happens next.
Read more
Helpful
Report abuse

Dallass
TOP 100 REVIEWER
3.0 out of 5 stars Baaaaad Salem 🐑
Reviewed in Australia on 22 February 2020
This was an interesting story with a great twist. I liked Salem for the most part, but she could be very annoying at times. The other characters were okay. I liked Tina a lot, plus the Shep possessed toy. Can’t wait to see how this all shakes out in the next book.
Read more
Helpful
Report abuse
See all reviews

iremic
5.0 out of 5 stars Never underestimate a woman with a purpose
Reviewed in the United Kingdom on 1 December 2020
Verified Purchase
Salem ie returning home after the death of her brother when is killed in a car wreck. Coming back from the dead is not what she expected to happen, nor was it learning she lives in a supernatural town. She needs to find out what happened to her brother but hits dead ends every time.
An excellent read for all lovers of the supernatural world
Read more
Report abuse

Lolah
5.0 out of 5 stars An awesome read that had me laughing out loud. Loved it!
Reviewed in the United Kingdom on 26 January 2020
Verified Purchase
This first book in the Grimm Brotherhood series was an excellent read, and had me laughing out loud a lot, especially at the interactions between Graves and Salem. I highly recommend it to lovers of supernatural stories, and can't wait to read the next in the series!
Read more
Report abuse

Kindle Customer
3.0 out of 5 stars Funny but annoying
Reviewed in Canada on 14 October 2020
Verified Purchase
This was an descent book with a very interesting plot. It was quite funny but I found it to be a bit unbelievable because of Salems impulsiveness and her trait of always snarking at everything. I won't be reading the next book.
Read more
Report abuse

Melissa
4.0 out of 5 stars Great start to a story.
Reviewed in Canada on 7 April 2020
Verified Purchase
Good premise, likeable characters and a great start to a story. The main character comes across as bitchy, but you can tell there’s more to her. Can’t wait for the next in the series.
Read more
Report abuse

Emily Pennington
5.0 out of 5 stars My New Favorite Book !!!
Reviewed in the United States on 14 January 2020
Verified Purchase
Flying down the mountain road at high speed, Salem Kaine reaches over for her purse on the car seat and searches its depths for a pack of Hostess Cupcakes she had stashed in there. Something big and furry ran from the side of the road and stopped right in front of her. The last thing she saw before top-still-down convertible flipped were red eyes staring straight at her as she didn’t even have time to scream!

She opened her eyes, wondering why there was no pain or crushed bones, only to find herself standing in a forest. A girl’s voice said she couldn’t stay there, and she spun around to face her. The girl was in an antique black lace dress, looking like Morticia on the Addams Family TV show. The girl shoved her – with freezing cold hands -- toward her burning car and told her she had to go back “before someone else claims what you have abandoned.” What did THAT mean?? She figured it out when the girl pointed to Salem’s body lying beside the car! “They’re coming!”

Salem sat up, alive again it seemed, and tried to crawl back into the burning car with its sharp metal edges – because she still wanted those cupcakes! Lucky for her, a tall handsome guy with piercing blue eyes stopped her and spoke her name right before she was about to let loose some vile language for his interrupting her! Then he said she had already missed her brother, Shep’s, funeral so why come back now? And she was ready to do some violent harm to this guy. He offered her a ride, which she refused, until he said he may have some M&M’s (because Shep had told his best friend about her chocolate weakness) and since she was being a brat about this . . . It didn’t go well.

The bottom line, if the reader can stop laughing through the first part of the book, is that Salem came back to her hometown to find out who murdered her brother. She gets help from the stranger she was ready to kill named Alexander Graham Graves, III, her brother’s best friend and a Grimm Reaper, the perfect guy to help her ease into her new supernatural role. So what’s going on? Grab your copy and enjoy this powerfully funny story line that is fast-paced and absolutely addicting! You will not regret one moment of reading this start to what promises to be an excellent series! Can an angry woman actually “kill” a Grimm Reaper? Keep reading and find out!
Read more
7 people found this helpful
Report abuse
See all reviews
Back to top
Get to Know Us
Make Money with Us
Let Us Help You
And don't forget:
© 1996-2021, Amazon.com, Inc. or its affiliates