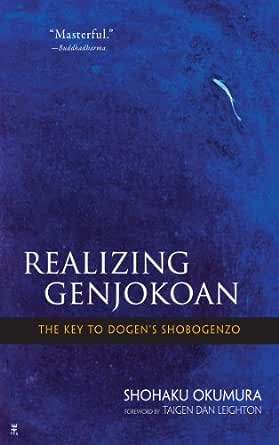 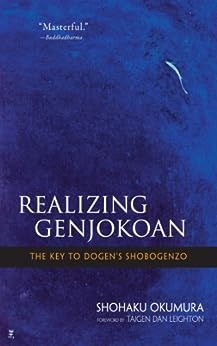 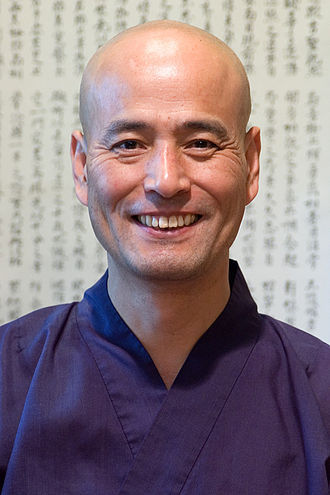 "This book is a treasure. Though many quite useful translations of Genjokoan are already available, as well as helpful commentaries, this book goes beyond. I have been considering Genjokoan for thirty-five years, and still I enjoyed many helpful revelations in this book. For all people interested in Zen, this book on Genjokoan will be a valuable and illuminating resource. Please enjoy it."--from the foreword by Taigen Dan Leighton, editor and co-translator of Dogen's Extensive Record

"Dogen's masterpiece is beautifully translated and clarified in an equally masterful way. An obvious labor of love based on many years of careful study, reflection, and practice that succeeds in bringing this profound text to life for all meditators."--Larry Rosenberg, author of Breath by Breath

"An unequaled introduction to the writings of the great Zen master Eihei Dogen that opens doors to Dogen's vast understanding for everyone from newcomer to adept."--Jisho Warner, co-editor of Opening the Hand of Thought

"A clear and concise commentary on one of Dogen's most difficult pieces."--Brad Warner, author of Hardcore Zen --This text refers to an alternate kindle_edition edition.

Shohaku Okumura is a Soto Zen priest and Dharma successor of Kosho Uchiyama Roshi. He is a graduate of Komazawa University and has practiced in Japan at Antaiji, Zuioji, and the Kyoto Soto Zen Center, and in Massachusetts at the Pioneer Valley Zendo. He is the former director of the Soto Zen Buddhism International Center in San Francisco. His previously published books of translation include Shobogenzo Zuimonki, Dogen Zen, Zen Teachings of Homeless Kodo, and Opening the Hand of Thought. Okumura is also editor of Dogen Zen and Its Relevance for Our Time and SotoZen. He is the founding teacher of the Sanshin Zen Community, based in Bloomington, Indiana, where he lives with his family.

Taigen Dan Leighton, Soto Zen priest and successor in the Suzuki Roshi lineage, received Dharma Transmission in 2000 from Reb Anderson Roshi and is Dharma Teacher at Ancient Dragon Zen Gate in Chicago. After residing for years at San Francisco Zen Center and Tassajara monastery, Taigen also practiced for two years in Kyoto, Japan. Taigen is author of Zen Questions: Zazen, Dogen, and the Spirit of Creative Inquiry, Faces of Compassion: Classic Bodhisattva Archetypes and Their Modern Expression, and Visions of Awakening Space and Time: Dogen and the Lotus Sutra. He has edited and co-translated several Zen texts including: Dogen's Extensive Record: A Translation of Eihei Koroku, Cultivating the Empty Field: The Silent Illumination of Zen Master Hongzhi, Dogen's Pure Standards for the Zen Community, and The Wholehearted Way, and has contributed to many other books and journals. Taigen teaches online at Berkeley Graduate Theological Union, from where he has a PhD. He has taught at other universities including Saint Mary's College, the California Institute of Integral Studies, and in Chicago at Meadville Lombard Theological Seminary and Loyola University Chicago. Taigen has long been active in social justice programs, including Peace and Environmental Activism. --This text refers to an alternate kindle_edition edition.

4.8 out of 5 stars
4.8 out of 5
66 global ratings
How are ratings calculated?
To calculate the overall star rating and percentage breakdown by star, we don’t use a simple average. Instead, our system considers things like how recent a review is and if the reviewer bought the item on Amazon. It also analyses reviews to verify trustworthiness.

Tariki
5.0 out of 5 stars Recommended
Reviewed in the United Kingdom on 22 February 2020
Verified Purchase
The thought and writings of Dogen are difficult - however simple life would be if we could live it. Shohaku Okumura continues to inform me, educate me, teach me, with his own exposition of Dogen's words. Truly excellent. Along with John Caputo (his writings on Truth and Hermeneutics in a "post fact world") I experience a gain in clarity of mind. While any intellectual grasp of reality is very much second to living that reality with genuine openess, compassion and empathy towards "all", clarity of mind is surely worth finding. Thank you Shohaku Okumura. Namu-amida-butsu. Very much recommended if you actually struggle with Dogen's writings.
Read more
One person found this helpful
Report abuse

Matt Jenkins
5.0 out of 5 stars A Welcome Addition to Any Zen Bookshelf
Reviewed in the United Kingdom on 2 July 2010
Verified Purchase
Eihei Dogen (1200-1253), the Zen master who founded the Japanese Soto school of Zen, is regarded as one of the world's most remarkable religious figures. His works are both richly poetic and deeply insightful and philosophical, pointing to the endless depths of Zen practice. Realizing Genjokoan is a comprehensive introduction to the teachings and approach of this great thinker, taking us through a guided tour of the most important essay - Genjokoan - in his masterpiece, the Shobogenzo ( The Treasury of the True Dharma Eye: ZEN Master Dogen's Shobo Genzo ). Indeed, the Genjokoan is regarded as the pinnacle of Dogen's writings, encompassing and encapsulating the essence of all the rest of his work. This volume also includes an introduction to Dogen's life from Hee-Jim Kim's Eihei Dogen: Mystical Realist, which Shohaku Okumura has annotated in light of subsequent research. Also included are translations of the Heart Sutra and Dogen's commentary on it, the Maka-hannya-haramitsu.

"Realizing Genjokoan is a stunning commentary on the famous first chapter of Dogen's Shobogenzo. Like all masterful commentaries, this one finds in the few short lines of the text the entire span of the Buddhist teachings. Okumura has been contemplating, studying, and teaching the Genjokoan for many decades, which is evident in both the remarkable insight he brings to the text and the clarity with which he presents it." -Buddhadharma.

"This book is a treasure. Though many quite useful translations of Genjokoan are already available, as well as helpful commentaries, this book goes beyond. I have been considering Genjokoan for thirty five years, and still I enjoyed many helpful revelations in this book. For all people interested in Zen, this book will be a valuable and illuminating resource. Please enjoy it." -Taigen Dan Leighton.

I heartily recommend this text both for the fine translation of the source text and for Okumura Roshi's commentary.

Also of interest may be

Flowers Fall: A Commentary on Dogen's Genjokoan  and  Dogen's Genjo Koan . I heartily recommend these texts too.

Okumura Roshi has also produced an excellent commentary on, and translation of, Dogen's Sansuikyo  The Mountains and Waters Sutra: A Practitioner's Guide to Dogen's Sansuikyo  and commentaries on a number of Zen chants and texts  Living by Vow: A Practical Introduction to Eight Essential Zen Chants and Texts .

For a good general introduction to Dogen and his thought  Eihei Dogen: Mystical Realist  may be of interest.
Read more
13 people found this helpful
Report abuse

Jodo-Sama
4.0 out of 5 stars Contend
Reviewed in the United Kingdom on 14 August 2016
Verified Purchase
Wonderful, good commentary.
Read more
One person found this helpful
Report abuse
See all reviews
Get FREE delivery with Amazon Prime
Prime members enjoy FREE Delivery and exclusive access to movies, TV shows, music, Kindle e-books, Twitch Prime, and more.
> Get Started
Back to top
Get to Know Us
Make Money with Us
Let Us Help You
And don't forget:
© 1996-2020, Amazon.com, Inc. or its affiliates