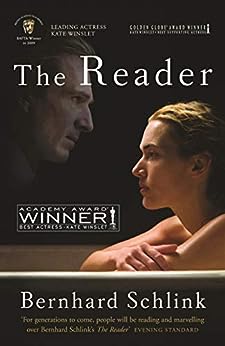 For generations to come, people will be reading and marvelling over Bernhard Schlink's The Reader * Evening Standard * [Schlink] explores the conflict between generations, wrestling with collective guilt and individual motivation. He examines the nature if understanding and tests the limits of forgiveness. He does these things with honesty, restraint and a moral precision both unsettling and rare. The result is as compelling as any thriller * The Times * Schlink's extraordinary novel The Reader is a compelling meditation on the connections between Germany's past and its present, dramatised with extreme emotional intelligence as the story of a relationship between the narrator and an older woman. It has won deserved praise across Europe for the tact and power with which it handles its material, both erotic and philosophical * Independent * Leaps national boundaries and speaks straight to the heart . . . a moving, suggestive and ultimately hopeful work * New York Times * The Reader by Bernhard Schlink is the German novel I have been waiting for: it objectifies the Holocaust and legitimately makes all mankind responsible -- Sir Peter Hall * Observer * Deeply moving, sensitive enough to make me wince, a Holocaust novel, but light years away from the common run -- Ruth Rendell * Sunday Telegraph * Haunting and unforgettable * Literary Review * --This text refers to an alternate kindle_edition edition.

Bernhard Schlink was born in Germany is 1944. A professor of law at Humboldt University, Berlin and Cardozo Law School, New York, he is the author of the major international bestselling novel and movie The Reader, short story collection Flights of Love and several prize-winning crime novels. He lives in Berlin and New York. --This text refers to an alternate kindle_edition edition.

Hailed for its coiled eroticism and the moral claims it makes upon the reader, this mesmerizing novel is a story of love and secrets, horror and compassion, unfolding against the haunted landscape of postwar Germany.
When he falls ill on his way home from school, fifteen-year-old Michael Berg is rescued by Hanna, a woman twice his age. In time she becomes his lover--then she inexplicably disappears. When Michael next sees her, he is a young law student, and she is on trial for a hideous crime. As he watches her refuse to defend her innocence, Michael gradually realizes that Hanna may be guarding a secret she considers more shameful than murder. --This text refers to an alternate kindle_edition edition.

Following an accidental meeting, Michael, a schoolboy in post-war Germany, begins a clandestine affair with an older woman, Hanna, but his fascination wanes as she refuses to talk about her past, effectively closing her life to him. Although frustrated by the relationship himself, Michael is shocked and feels obscurely guilty when Hannah simply disappears, leaving him with only memories and unanswered questions.

Years later, now a law student, Michael recognises Hanna as the defendant in a major war crimes trial, wilfully mishandling her defence and allowing herself to be presented as a ringleader. As two linked pasts – theirs and Germany’s – break together into the present, Michael sees that Hanna’s behaviour, then as now, conceals secrets buried deeper even than her crimes.

From this moment of recognition forward, Michael too will be pursued by memories he can neither leave behind nor move beyond.

A Special Edition of the international bestseller by Bernhard Schlink --This text refers to an alternate kindle_edition edition.

BERNHARD SCHLINK was born in Germany in 1944. A professor emeritus of law at Humboldt University, Berlin, and Cardozo Law School, New York, he is the author of the internationally bestselling novels THE READER, which became an Oscar-winning film starring Kate Winslet and Ralph Fiennes, and THE WOMAN ON THE STAIRS. His latest novel, OLGA, was a #1 international bestseller.He lives in Berlin and New York. --This text refers to an alternate kindle_edition edition.

'For generations to come, people will be reading and marvelling over Bernhard Schlink's THE READER' - EVENING STANDARDA sensitive, daring, deeply moving book about the tragic results of fear and the redemptive power of understandingReaders of the book - thousands, one hopes - will understand the nature of atonement when they have finished reading it - DAILY TELEGRAPHHaunting and unforgettable - LITERARY REVIEW --This text refers to an alternate kindle_edition edition.
Read more

4.4 out of 5 stars
4.4 out of 5
974 global ratings
How are ratings calculated?
To calculate the overall star rating and percentage breakdown by star, we don’t use a simple average. Instead, our system considers things like how recent a review is and if the reviewer bought the item on Amazon. It also analyses reviews to verify trustworthiness.

Amazon Customer
4.0 out of 5 stars Four Stars
Reviewed in Australia on 18 May 2016
Verified Purchase
Need to read it twice . More than meets the eye
Read more
Helpful
Report abuse

MR IAN THURMAN
5.0 out of 5 stars Intriguing reflection on post war Germany
Reviewed in the United Kingdom on 5 May 2021
Verified Purchase
This is a great book because it looks at the most sensitive of issues and struggles to find some explanation. It is essentially the personification of Germany through Hannah, an illiterate who is left with few alternatives but to be an evil doer. It poses the question of what we can forgive and whether an excuse is acceptable or even important. This is a book you should read if you have seen the film because it asks a different question and does not seek to sensationalise or justify. It is a case of coming to terms with the past and I think different people may have different views on it. My own is that the writer accomplished quite brilliantly what he sought to.
Read more
2 people found this helpful
Report abuse

F. Hughes
5.0 out of 5 stars An important story, well told
Reviewed in the United Kingdom on 9 December 2020
Verified Purchase
Kindle version. An excellent read as the author explores how today’s German population has come to terms with the history of the Nazi era. That’s the nub of the book that surrounds the story of a female camp guard on trial for murder and the involvement of the individual and community in a criminal regime. Some excellent twists and surprises as the story unrolls, too many to identify that would spoil the storyline which is reasonably commonly known after the success of the film version. The translation into English is absolutely spot on in expression and fluidity.
Read more
One person found this helpful
Report abuse

Flossieraptor
3.0 out of 5 stars The film is better
Reviewed in the United Kingdom on 31 March 2021
Verified Purchase
I bought the book and the DVD and have to say the film is better. The book is divided into three, the first two parts being mostly devoted to the author's rhetorical questioning of his fate, and the third losing sight of the story and dragging it out beyond its natural life. I found the first two quite readable, despite the constant questions, but the last part not at all, The film does what the book does not - it sticks to the story and makes it memorable.
Read more
Report abuse

R Hirons
5.0 out of 5 stars Thought provoking to the end
Reviewed in the United Kingdom on 6 February 2021
Verified Purchase
This is a very good read. There are various milestones along the reading journey culminating in a twist at the end. Once started it is very difficult to put down.
Describes fascinating alternatives to the usual stories of its kind.
Worth the money and time spent on it.
Read more
One person found this helpful
Report abuse

Nicola F (Nic)
3.0 out of 5 stars I expected more.
Reviewed in the United Kingdom on 19 March 2011
Verified Purchase
From the amount of four and five stars dedicated to this book and all of the accolades bestowed upon it, it is safe to say that I started this novel expecting truly great things. Novels about the legacy of the holocaust and that particular time in history have always interested me, so I was looking forward to a genuinely moving tale. Instead I am a bit sad to say that I actually found this a little bit dull. Whilst the premise was certainly interesting enough and executed well in places, I just found the characters too flat to really care about and as a consequence never really engaged with this book on an emotional level.

Narrated by at first the fifteen year old schoolboy Michael, we are drawn into his world as he begins an affair with thirty-six year old Hanna and learn the nature of their relationship and his devoted love to her. After Hanna unexpectedly leaves him, Michael cannot seem to pull himself together- and years later when he is a law student and watching a trial, he is horrified to see his former lover on the stand for atrocities she committed during the war. So raises the questions of love, evil and genocide. Can you still love someone knowing what they've done?

Despite the allusions to heavy subject matter, this book for me was just bland, I'm afraid. I can't find enough faults to say that I dislike it, but nor would I probably recommend it to someone, unless they have a real interest in books on the holocaust.

I have to say that I think I feel this way because this is admittedly a very short book- but it does feel like only a couple of pages are actually given to alluding as to the true horrors of Hanna's crimes and the rest of it is simply the diatribe and musings of a teenage boy- then later the man he becomes. Also, it was fairly predictable early on as to Hanna's `deep secret' as other reviewers have commented on, and as a consequence of this it feels like the story peters away somewhat half way through.

As books about the legacy of the holocaust go, there are better ones out there than this. Whilst it admittedly raises important questions, I just cannot help but feel that it never really explores its full potential.
Read more
10 people found this helpful
Report abuse
See all reviews
Back to top
Get to Know Us
Make Money with Us
Let Us Help You
And don't forget:
© 1996-2021, Amazon.com, Inc. or its affiliates