How to Read World Literature (How to Study Literature) and over 1.5 million other books are available for Amazon Kindle . Learn more
Share <Embed> 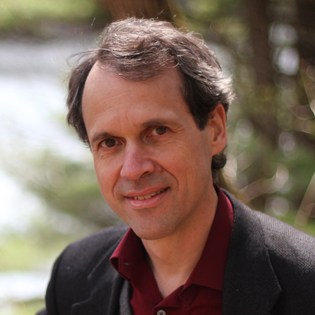 Page 1 of 1 Start overPage 1 of 1
Previous page
Next page
Start reading How to Read World Literature (How to Study Literature) on your Kindle in under a minute.

How to Read World Literature addresses the unique challenges faced by a reader confronting foreign literature, such as reading across time and cultures, reading translated works, and the emerging global perspective. A variety of genres are covered, from lyric and epic poetry to drama and prose fiction, with discussions of how these forms have been used in different eras and cultures, and examples from authors and texts as varied as Homer, Sophocles, Kalidasa, Du Fu, Dante, Murasaki, Moliere, Kafka, Soyinka, and Walcott.

3.6 out of 5 stars
3.6 out of 5
10 global ratings
How are ratings calculated?
To calculate the overall star rating and percentage breakdown by star, we don’t use a simple average. Instead, our system considers things like how recent a review is and if the reviewer bought the item on Amazon. It also analyses reviews to verify trustworthiness.

John H
5.0 out of 5 stars Good book for those wanting to read and appreciate World Literature
Reviewed in the United Kingdom on 5 September 2018
Verified Purchase
Interesting read having completed the World literature course he jointly presents on Harvard edX with Martin Puchner.
Read more
Report abuse

haricot verts
2.0 out of 5 stars ugh
Reviewed in the United States on 28 October 2018
Verified Purchase
I'm sorry, but this book is boring. The font was also tiny and that may have contributed to why it was so hard to read. I like to read, and I can enjoy a text book as much as a regular book, but this one did not appeal to me.
Read more
Report abuse

Amazon Customer
5.0 out of 5 stars Five Stars
Reviewed in the United States on 8 July 2017
Verified Purchase
Thanks for helping me finish school!
Read more
Report abuse

An Amazonian
3.0 out of 5 stars Mediocre
Reviewed in the United States on 19 September 2012
Verified Purchase
Domrosch surveys the territory, but he doesn't really have an idea uniting his book. I wasn't impressed. Yes, big schemes are reductive and always end up getting torn down, but this book is too close to an unstructured stream of details.
Read more
5 people found this helpful
Report abuse
See all reviews
Back to top
Get to Know Us
Make Money with Us
Let Us Help You
And don't forget:
© 1996-2021, Amazon.com, Inc. or its affiliates