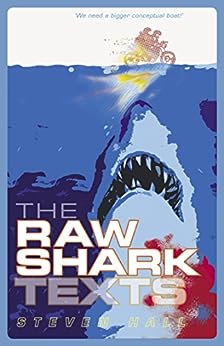 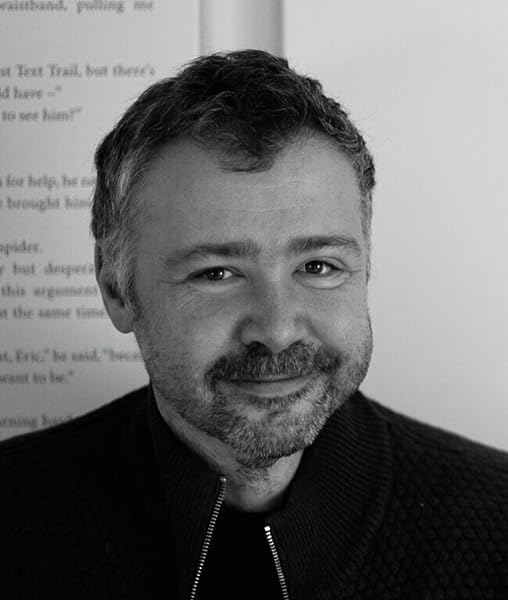 "'Fast, sexy, intriguing, intelligent - The Raw Shark Texts is all these and more: a cult waiting to happen, a blockbuster begging to be made. Steven Hall is a truly fantastic storyteller. Investigate, now!' TOBY LITT" --This text refers to an alternate kindle_edition edition.

Steven Hall was born in 1975. After completing a fine arts degree, he became one of the founding members of Manchester's WetNana and has produced a number of plays, music videos, conceptual art pieces and short stories. He lives in Hull. --This text refers to an alternate kindle_edition edition.

4.2 out of 5 stars
4.2 out of 5
298 global ratings
How are ratings calculated?
To calculate the overall star rating and percentage breakdown by star, we don’t use a simple average. Instead, our system considers things like how recent a review is and if the reviewer bought the item on Amazon. It also analyses reviews to verify trustworthiness.

Stuart
5.0 out of 5 stars What a concept, what a ride...
Reviewed in Australia on 8 July 2016
I first read this book in 2007 in paperback. It blew my mind. This book won't just warp your fragile little mind, it will completely blow it.

What a journey. As a debut novel, Steven Hall absolutely nailed it. This isn't a style or genre of book I would normally read, and that makes it even better in my opinion.
Read more
Helpful
Report abuse
See all reviews

Tony Ryan (author)
2.0 out of 5 stars Starts well, but eventually gets tiresome.
Reviewed in the United Kingdom on 20 March 2021
Verified Purchase
I started the sample and really enjoyed the premise of a man who had lost his memory, but had the forethought to send himself packages and letters to help rediscover the truth. I bought the book based on the sample, but after a couple of hundred pages lost interesting. It got a bit silly, predictable and boring. It does not build upon its intriguing premise, instead becoming like a semi-romantic Matrix spin-off. I’m surprised by the high rating it gets.
Read more
Report abuse

Dan Burrows
4.0 out of 5 stars Just when you thought it was safe to go back in....
Reviewed in the United Kingdom on 10 September 2019
Verified Purchase
This is a really excellent read. The idea behind it is wonderfully original and the framing of this idea plays out in a manner that manages to be simlutaneously both fresh and nostalgic. The story develops in a satisfying way, with the mystery unfolding within a world that blurs and plays with the boundaries of reality. The review on the front of the book referencing The Matrix, Jaws and The Da Vinci Code, doesn't do it justice in the slightest (particularly given how awful the latter is). Yes, there are elements of sci-fi, horror and thriller, running throughout its pages, but its world building and characterisation are deep and emotive. My only regret is that the book did not develop some its fascinating ideas further.
Read more
One person found this helpful
Report abuse

vi
5.0 out of 5 stars genius/madness
Reviewed in the United Kingdom on 4 October 2011
Verified Purchase
Some say there is a fine line between genius and madness. Well, this book rides that line like Einstein on a mad cow. A man wakes up and doesn't have a clue of who he is, his past memories all gone. He finds an envelope that states 'Open Me' from then on all hell breaks loose. I wonder what section they would put this book in at the library? There's mystery, romance, suspense, technology, horror,movie homage, murder and madness. The writing is exquiste. Hall takes you into this world where literally anything can and will happen. The book is bursting with weird notions and ideas but unlike some books where crazy stuff happens every turn of page, here it somehow all makes sense. I never felt lost or confused,never having to skip back to re-read to get the story straight, you get sucked into this tale and it all seems logical and, to be honest a little frightning in a 'what-if' kinda way and all that is to the credit of Steven Hall. Some have compared it to The Matrix or The DaVinci Code, personally I compare it to nothing because this book doesn't fit like that. It's truly original.Plus,it has a cat in it called Ian. Brilliant,compelling and mad.Never dull,predictable or slow. Read it and remember,always keep watch for the shark, even on dry land. Thank you.
Read more
5 people found this helpful
Report abuse

The story of Eric's attempts to regain his memory lost lead into an adventure in language. However rather than just sit down and try and remember, his journey includes an unusal boat, a large shark and a cute scout. Difficult to give to much of the plot without giving it away but the book flows well, and also play cleverly with the layout and format of the text. My other half was especially impressed with the shark attack "action" on my Kindle version. (And will probably have the jaws theme in your head as you read parts of it)

Overall a clever bit of fiction and look forward to something more by the author.
Read more
Report abuse

drrobc
5.0 out of 5 stars Stratified depths of message
Reviewed in the United Kingdom on 3 April 2019
Verified Purchase
Can't put downable. Completely unreal fantastical gradually engulfs you in possible reality. Adventure. Love story. Thriller. Analogy of grief. Layers of meaning discover you in strata upon strata. All brilliantly written with each character powering their individual voice. Thank you Steven Hall for the rich ride.
Read more
Report abuse
See all reviews
Back to top
Get to Know Us
Make Money with Us
Let Us Help You
And don't forget:
© 1996-2021, Amazon.com, Inc. or its affiliates