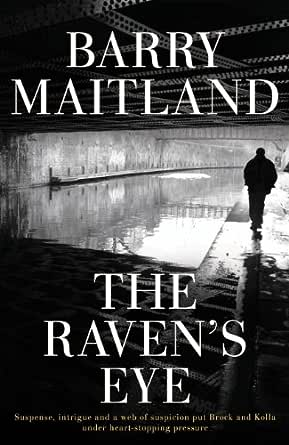 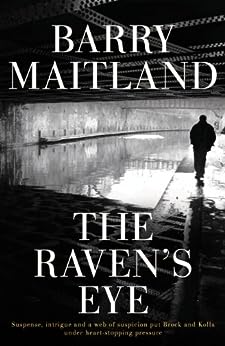 "Satisfyingly rich fare for puzzle addicts and conspiracy theorists alike, capped by a string of climactic fireworks that are still exploding in the very last paragraph." --"Kirkus Reviews" on "Chelsea Mansions""Brock and Kolla's meticulous, psychologically astute sleuthing fascinates.""--Entertainment Weekly" on "No Trace""Maitland interweaves a smart plot, which includes a few shockers and more than a few Cold War roots, with major character developments for Brock and Kolla, and "Chelsea Mansions" is among the best entries in a top-notch series." --"Richmond Times-Dispatch" --This text refers to an out of print or unavailable edition of this title.

Barry Maitland was born in Scotland and brought up in London. After studying architecture at Cambridge, he practised and taught in the UK before moving to Australia where he was Professor of Architecture at the University of Newcastle. He has since retired from the university to pursue his writing. Maitland's first mystery The Marx Sisters was a nominee for the John Creasey award for Best First Novel and The Malcontenta won the Ned Kelly Award for Best Crime Fiction. Bright Air, Maitland's first crime novel set in Australia was published in 2008. The Raven's Eye is his twelfth Brock and Kolla mystery. --This text refers to the paperback edition.

4.0 out of 5 stars
4 out of 5
30 global ratings
How are ratings calculated?
To calculate the overall star rating and percentage breakdown by star, we don’t use a simple average. Instead, our system considers things like how recent a review is and if the reviewer bought the item on Amazon. It also analyses reviews to verify trustworthiness.

Suzan B. Aslin
3.0 out of 5 stars Kathy Kolla's Poor Policing
Reviewed in Australia on 16 April 2014
Verified Purchase
If I was Brock I would have fired Kathy at the end of this book. The way she continually does it all on her own really started to annoy me this time. Usually I love Barry's books but this one became silly.
Read more
2 people found this helpful
Helpful
Comment Report abuse

Cas Mayfield
5.0 out of 5 stars Up to the usual high standard
Reviewed in Australia on 22 September 2019
Verified Purchase
I love the Brock & Kolla series. Good paced read with just the right number of twists.
Read more
Helpful
Comment Report abuse

gammyjill
TOP 500 REVIEWER
3.0 out of 5 stars A little bit of going-through-the-motions....
Reviewed in Australia on 10 December 2013
I'm a fan of Barry Maitland's Brock and Kolla series, and I enjoyed his latest book, "The Raven's Eye". Like many series books, Maitland brings his main characters - David Brock and Kathy Kolla of London's Met - through the years and adventures both professionally and personally. However,this book is lacking a bit of "something" and I think Maitland was going through the motions when thinking up his plot.

The plot, which involves murders, narrow-boats on English canals, more murders, industrial spying,medical malfeasance, spooky private clinics, Cambridge, Norwegian "sagas", sort of lost me when (possible) police corruption was added to the mix. It was like a big melange of "stuff" which added up to a less-than successful story line. I lost interest in who was getting killed long before the end of the book.

The thing is that Barry Maitland is usually a good writer. I can honestly recommend this book to long time Brock and Kolla fans because a mediocre book is better than no book from Maitland. However, for those new to the series, please choose an earlier book to begin with.
Read more
2 people found this helpful
Helpful
Comment Report abuse

Bob Howe
4.0 out of 5 stars Wonder Woman
Reviewed in Australia on 19 May 2019
This is a Brockman I had not seen before. The characters are as clearly written as usual and very clear. Unfortunately the witting for Kathy Kolla is very extreme, unlike in past books. Making her a Wonderwoman is. Pity but the storyline and characterisation is still worth reading.
Read more
Helpful
Comment Report abuse

Damian Harding
3.0 out of 5 stars Well written but plot was a bit over the top
Reviewed in Australia on 26 November 2013
I brought this book based on reviews and since I am a crime novel junkie I thought "why not". It started out well and the author is a good writer but the plot was a bit too hard to believe. I skipped many pages, it just didn't have me hooked
Read more
2 people found this helpful
Helpful
Comment Report abuse
See all reviews

Tucson climber
1.0 out of 5 stars Silly, convoluted and contrived
Reviewed in the United Kingdom on 5 February 2014
Verified Purchase
Sorry but this is a terrible book. Maitland had been a favorite author of mine but this has more ridiculous situations and "coincidences" than a Hardy Boys book. Don't want to give away any of the plot but throughout the book when Kathy has two choices: A being the smart and logical thing to do and B being the most asinine; EVERY SINGLE TIME she chooses B. And don't even get me started on how she sees things or is somewhere at the exact minute a key plot element happens. Or how she continues to perform almost super spy physical actions while having been seriously injured early on. The deeper I got into this book the more annoying it got. Unfortunately this is one more case of an author who has run out of steam and can no longer write to the high standards he started out at.
Read more
One person found this helpful
Report abuse

Roderick Spode
4.0 out of 5 stars Enjoy.
Reviewed in the United Kingdom on 18 August 2014
Verified Purchase
You never quite know where this one is going and it is absorbing all the way to the end. Enjoy.
Read more
Report abuse

jon robards
5.0 out of 5 stars Police Procedural
Reviewed in the United States on 22 December 2013
Verified Purchase
Another excellent mystery in the Brock & Kolla series. I have enjoyed them all but I found this to be the most intriguing and definitely in the "could not put down" category. Very well researched (a feature of Mr Maitland's books) showing a detailed knowledge of the London waterways and the boat community living on those waterways. The comfortable working relationship between Brock & Kolla which has developed throughout the series makes for a very satisfying read......I look forward to the next in the series.
Read more
3 people found this helpful
Report abuse

louise trass
5.0 out of 5 stars The Raven's Eye
Reviewed in the United States on 12 June 2014
Verified Purchase
The novel was full of suspense and intrigue;it took several twists and turns and, just when one thought it was ending, there was more to come. There were characters to like and want success for and then characters to dislike intensely amd want to see get their come -uppance especially the figures of authority who were so unsupportive of their underlings who were the ones so often in danger. A really good read!!
Read more
Report abuse
See all reviews
Get FREE delivery with Amazon Prime
Prime members enjoy FREE Delivery and exclusive access to movies, TV shows, music, Kindle e-books, Twitch Prime, and more.
> Get Started
Back to top
Get to Know Us
Make Money with Us
Let Us Help You
And don't forget:
© 1996-2020, Amazon.com, Inc. or its affiliates