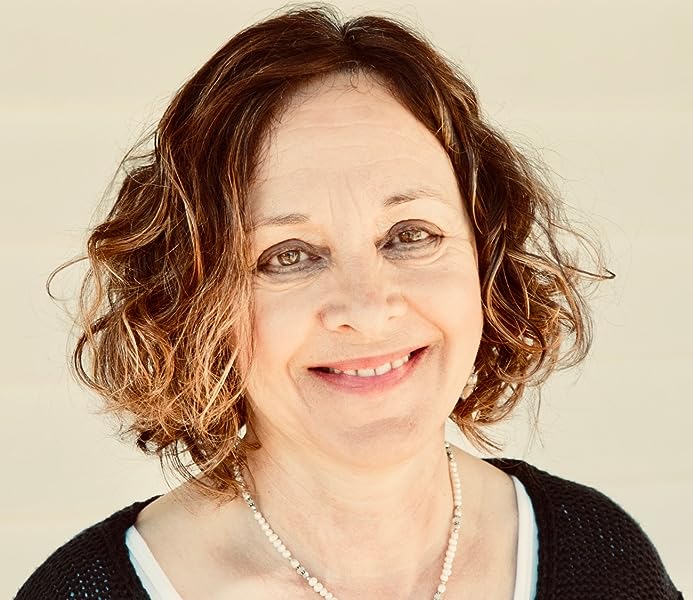 by Yildiz Sethi (Author)
5.0 out of 5 stars 2 ratings
See all formats and editions
Sorry, there was a problem loading this page. Try again.

An effective revolutionary and new dual approach called Rapid Core Healing (RCH) is a succinct, holistic strategy for psychological healing and growth. In this innovative guide to assisting people dealing with trauma, conflict, and a wide range of emotional and relational issues, Yildiz Sethi provides an introduction to the dual approach of Family Constellations and Emotional Mind Integration (EMI) as RCH.

- EMI to facilitate the location, resolution, and integration of conflicting or disturbed parts of the psyche into the greater personality.

- Family Constellations to enable people to find a healthier place with their family of origin, resulting in better inner and relational connections in the present.

Rapid Core Healing Pathways to Growth and Emotional Integration is for those looking for a holistic approach to overcoming trauma, such as conflict management, emotional and relational issues, and sexual abuse or domestic violence. This book is a great resource for counsellors and mental health professionals and for those working on their own personal development.

Sethi is also the author of the personal-development books Stardust on the Spiritual Path and Be Rich AND Spiritual. www.rapidcorehealing.com

Start reading Rapid Core Healing Pathways to Growth and Emotional Healing on your Kindle in under a minute.

Yildiz was born in England to parents from different cultures and married into yet another. English, Turkish Cypriot and Indian and moved to Australia in the 1980’s. This provided fertile ground for curiosity and research into culture, religion, philosophy, identity and the search for what lies beyond these in exploring spirituality. Her interest in how things work led her initially into science and into becoming a physics and chemistry teacher for many years, until she reached a pivotal point in her life when her curiosity was peaked afresh into a different direction.

Yildiz made a transition from school teaching into the fascinating, accurate spiritual science of Vedic astrology, the astrology of yoga and Ayurveda. Through this she entered into a study of karmic cycles. She became fascinated with how to make deep psychological changes in breaking deeply locked patterns and thereby gain the knowledge and personal growth to create reality in a more conscious manner. Vedic astrology provides an accurate map of the soul’s journey and an understanding of personal gifts and challenges. This is a powerful awareness and growth tool , but is limited in its capacity to implement change in deep karmic cycles. So Yildiz’s curiosity was tweaked again as she became a therapist to help herself and others make those deep changes.

Yildiz became a counsellor and then a clinical hypnotherapist, NLP practitioner and Family Constellations practitioner and trainer. During this time of development she trained in Ego State Therapy. This combination enabled her to develop a unique dual approach to therapy over the following eleven years that she presents in her latest book Rapid Core Healing Pathways for therapists and people who help people, and for those who are interested in the human psyche and personal development.

She has become curious about consciousness and the search for acceptance, fulfillment and happiness that is the human condition. This is explored in her first book Stardust on the Spiritual Path through a character called Surya depicted in several lives on the spiritual path. The cycle of life serving to give a vast range of opportunities and experiences to refine unhealthy or false thoughts and beliefs and free up emotions in the understanding that when this is achieved the ability to create a fulfilled and happy life experience can be realized.

In her second book Be Rich AND Spiritual Yildiz develops these ideas further in exploring the psychology of the Law of Attraction and Karma and how it can be utilized in daily living to create reality consciously.

Her third book Rapid Core Healing Pathways to Growth and Emotional Healing: Using a unique Dual Approach of Family Constellations and Emotional Mind Integration for Personal and Systemic Issues is a book that presents a new therapeutic approach that is dual in nature in having the capacity to deal with a range of personal as well as systemic issues in a way that is brief, solution focused and experiential.

Yildiz is a powerful writer and presents a unique fusion of Eastern mysticism, philosophy and Western psychology, science, personal and spiritual development which she has captured in her books:

* Stardust on the Spiritual Path

* Be Rich AND Spiritual

Yildiz is an innovator and trainer involved in the cutting edge of psychotherapy theory and practice as presented in Rapid Core Healing. She is the innovator of Rapid Core Healing and Emotional Mind Integration which she uses in her private practice in Brisbane Australia.

Facilitator and trainer of RCH, EMI and Family Constellations

For more information of Yildiz and her services see www.yildizsethi.com

SS7
5.0 out of 5 stars Very interesting and revealing
Reviewed in Australia on 28 October 2019
Verified Purchase
Lovely to read with much investigating on current way and coming up with a new way of healing.
Read more
Helpful
Report abuse
See all reviews

Amazon Customer
5.0 out of 5 stars Rapid Core Healing is a ground breaking mental illness treatment
Reviewed in the United Kingdom on 5 May 2021
Verified Purchase
This book challenges currently outdated treatment of mental health disorders, explaining the biology and science behind brain plasticity. RCH is a transforming psychotherapy that cuts straight to the issue and can “re-wire” your brain. Everyone should know about it for a mental illness treatment option. A great book for anyone interested in learning how family constellations and emotional mind interrogation can work very quickly and affectively on a large range of what we consider to be mental illness.
Read more
Report abuse
See all reviews
Back to top
Get to Know Us
Make Money with Us
Let Us Help You
And don't forget:
© 1996-2021, Amazon.com, Inc. or its affiliates