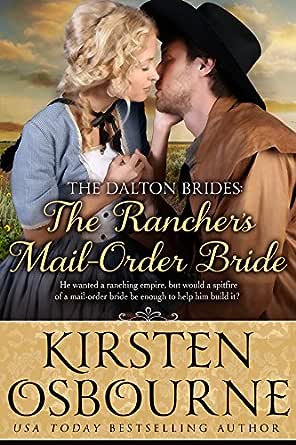 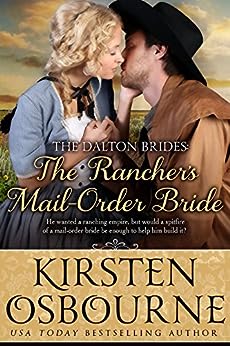 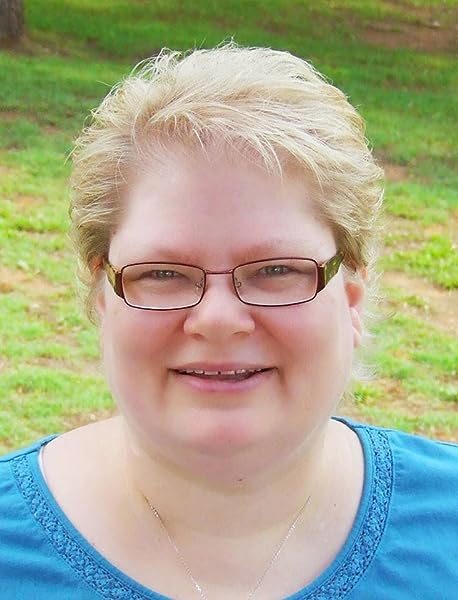 This book contains a prologue that was published in its entirety as The Escape. The prologue is only a small portion of the book.

Through no fault of her own, Gwen Blue found herself embroiled in a scandal that would set Beckham, Massachusetts on its ear, and get her locked in her room for two months. When she found herself betrothed to a man she found loathsome, she wanted nothing more than to disappear. When her sisters liberated her from her room and proposed a journey to Texas to visit an old school friend, she didn't have to be asked twice.

Walton Dalton always had a plan for his life. He'd spent years learning everything he needed to know about ranching, and he had a large parcel of land adjacent to his two brothers' land. Between the three of them, they were going to build a Texas ranching empire. For his empire, he needed a bride.

Without his brothers’ knowledge, Walt sends off for three mail order brides from a matchmaker in Beckham. He knows from the moment he sees ‘Gorgeous Gwen’ that she's meant to be his. Will she agree to the marriage? If she does, will she be able to get over her self-centered attitude and be a good wife?

CP Reviews
5.0 out of 5 stars Great three-story trilogy
26 August 2015 - Published on Amazon.com
Format: Kindle EditionVerified Purchase
As stated when I purchased the book, the book contains the prologue (The Escape), which I appreciate as a reader. Not having to purchase the prologue and read it helped me get into the story. This book is part of a three-part story that tells the story of each triplet brother. This is Walton Dalton's story, as he purchases a ranch and orders three mail order brides.

The three books were written by three different authors, Kirsten Osbourne, Kit Morgan and Cassie Hayes. Coordinating three similar stories among three different writing styles must have been a challenge, but I feel the authors did a great job. Walton Dalton's story is humorous, portrays the challenges of the times, and gives the reader the opportunity to watch Gwen grow. She was immature and spoiled at the beginning but matured by the end. Walton was bossy, but learned to share his life with his wife.

The reader should read all three books in the series because they play off of each other and contribute to a complete character development of the Dalton brothers and the Blue sisters. That is the challenge of these books - they are intertwined and if you read only one, you miss the overall story.

Kindle Customer
4.0 out of 5 stars a good read
24 June 2015 - Published on Amazon.com
Format: Kindle EditionVerified Purchase
This is the first book of a trilogy written. A Western Romance with a Mail Order Bride theme.
at times funny and at times heartbreaking thinking people actually went thru this kind of life..
Being this is the first of the 3 book series .. the Dalton Brothers ..well the oldest :) has sent for his Brothers to join him in Texas..and then he decides to send for 3 brides who happen to end up as sisters going thru a difficult time.. From the moment the Dalton Brothers meet the Blue Sisters things were quite surprising and rather amusing. From getting over the idea of being married to actually being married was quite an adjustment especially since 2 of the sisters aren't natural born homemakers and one of the brothers cannot even remember his brides name.
This book is sweet, funny and of course you have to love any character named Walton Dalton. :)
If you enjoy Mail Order Bride stories, you will like this series...

Rachel J. Hilton
5.0 out of 5 stars Good start....can't wait to read more
6 August 2015 - Published on Amazon.com
Format: Kindle EditionVerified Purchase
This was cute and I enjoyed it very much. The writing is good, the characters developed, and I really liked the storyline. Three sisters end up going west to become mail order brides. Not original - or so you think - until you factor in that this decision is prompted by a scandal, one of the girls is totally unaware of the "real" reason behind the "trip" they are taking, and they are escaping marriages arranged by their disgruntled father. And I loved the ending - not anything like what you expect....not going to give any spoilers, though. This is the first book that I've read in the series, but since I also have 3 more in this series, it won't be the last. Thumbs up to the author.
Read more
One person found this helpful

Debbie Keith
5.0 out of 5 stars A sweet western romance
15 January 2019 - Published on Amazon.com
Format: Kindle EditionVerified Purchase
While, this book still has a few editing snafoos, I have it 5 stars for the excellence in character development and It's fast paced action. This first book of the series tells the story of Walt Dalton, the oldest bossy triplet, and Gwen Blue the spoiled middle sister. These two show that while marriage was made in Heaven, so were lightening and thunder!
Read more

Monroe
3.0 out of 5 stars Disappointed
11 September 2015 - Published on Amazon.com
Format: Kindle EditionVerified Purchase
I enjoyed the story; however, there were some shortcomings. One, it was too short. Kristen could have combined the stories of the three sisters and brothers to make one book. This way the story does not have to be re-stated for each story, and it could be told consecutively. There are so many unanswered questions when it was written this way. It cannot be a stand alone book because of this fact. Lastly, this book was too PG for my taste; I should have read the genre more carefully. The book could have been a lot better if it was based on a timeline and not based on the character. It could have been a 4 ½ star book instead.
Read more
Go to Amazon.com to see all 181 reviews 4.0 out of 5 stars
Get FREE delivery with Amazon Prime
Prime members enjoy FREE Delivery and exclusive access to movies, TV shows, music, Kindle e-books, Twitch Prime, and more.
> Get Started
Back to top
Get to Know Us
Make Money with Us
Let Us Help You
And don't forget:
© 1996-2020, Amazon.com, Inc. or its affiliates