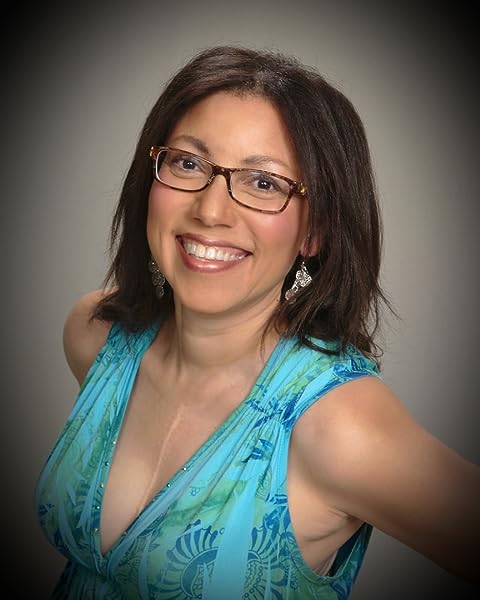 by Kathy Douglass (Author)
4.7 out of 5 stars 26 ratings
See all formats and editions
Sorry, there was a problem loading this page. Try again.

From sworn enemies to soul mates?Wall Street hotshot Camille Parker is the last person rancher Jericho Jones expects to find on his doorstep. Ever since his late wife's best friend interfered in his marriage, she's persona non grata in Jericho's book. But the situation is literally life-and-death for this damsel in distress, and he opens his home to her. The problem is, he opens his heart, too.Camille has no choice but to seek help from her worst enemy. And as she lets her guard down in close quarters, unexpected feelings surge for him. But what will happen if Camille's life goes back to normal and the city girl no longer needs to shelter in the reticent rancher's arms?
Read more
Previous page
Next page

"Watching the duo stumble to their HEA is as wild fascinating ride, helped along by interesting costars." -RT Book Reviews on The Waitress's Secret"This was my first book by Kathy Douglass and I think I'm addicted." -Romance Novels in Color on How to Steal the Lawman's Heart

Kathy Douglass came by her love of reading naturally - both of her parents were readers. She would finish one book and pick up another. Then she attended law school and traded romances for legal opinions.After the birth of her two children, her love of reading turned into a love of writing. Kathy now spends her days writing the small town comtemporary novels she enjoys reading.Kathy loves to hear from her readers and can be found on Facebook.
Tell the Publisher!
I’d like to read this book on Kindle

Kathy is a born reader who as a child always had her nose in a book. That love of reading grew with her. She often would finish one book and immediately pick up another. She went from reading Bobbsey Twins to long, lush romance novels. One day she stumbled upon the Shining by Stephen King and was hooked. She turned her back on romance and became a serious Stephen King fan, reading every word he wrote. When she caught herself checking under the bed and looking in the closet for monsters or worse, she knew it was time to put down the horror stories and pick up the romance novels.

Her return to romance novels was short lived. She’d started law school and soon her reading was limited to legal opinions. Then one happy day her younger sister handed her a Harlequin romance. They were just what the doctor ordered. The books were short enough to read in a week and still get her required reading done. Best of all she knew there would be a happy ending and she wouldn’t have to search her room before she went to bed each night.

When her first child was born, she stopped practicing law to become a stay at home mom. Her second child followed nineteen months later. With two little ones in the house, reading suddenly became limited to Dr. Seuss and other children’s books. Any free time was spent trying to catch up on sleep or laundry.

All too soon her kids were attending pre-school two hours a day. She spent those few precious renewing her relationship with romance novels. After a while she felt the urge to write a book of her own and she began writing the stories she wanted to read. She spent many years writing some really terrible books and learning her craft. In 2016, Kathy sold to Harlequin. Her first book, How to Steal the Lawman’s Heart, was released in February, 2017.

Voluptuous Val
4.0 out of 5 stars A sweet read
Reviewed in the United Kingdom on 19 May 2018
Verified Purchase
Fabulous story about two people from differing backgrounds who fall in love.
They were enemies who became friends and then fell in love. If you're looking a sweet story, this is for you!
Read more
Report abuse

Geri Evans
5.0 out of 5 stars Camille and Jericho! What a Story!! 🥰
Reviewed in the United States on 8 September 2020
Verified Purchase
I thoroughly enjoyed this book! From the beginning throughout the end, there was so much emotion - frightened, borderline hatred, hurt feelings, misunderstandings and miscommunications! But due to the unusual situation they found themselves in, all of those emotions started dwindling down to acceptance, understanding and communicating, and finally, Love!! I’m ready for my own visit to Sweet Briar!! Kudos, Kathy! 💜
Read more
Report abuse

RickyAnn
5.0 out of 5 stars A page turner
Reviewed in the United States on 18 December 2020
Verified Purchase
I very much enjoyed reading Camille and Jericho's story. I could not put it down until I was finished. I very much want to read the other Sweet Briar books in the series.
Read more
Report abuse

fanbren
5.0 out of 5 stars WOW! WHAT A BOOK!
Reviewed in the United States on 3 April 2019
Verified Purchase
From the start it pulled me in, and Sweet Briar series is a keeper! Thanks. Jericho is hot! A SWEEt READ.
Read more
Report abuse
See all reviews
Back to top
Get to Know Us
Make Money with Us
Let Us Help You
And don't forget:
© 1996-2021, Amazon.com, Inc. or its affiliates