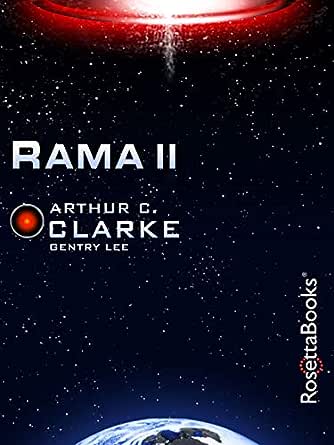 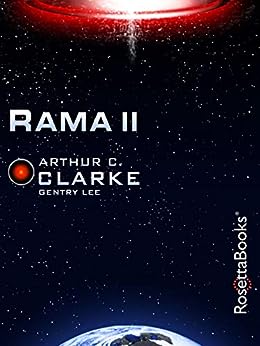 In the sequel to the multi-award winning sci-fi novel Rama, a second Raman spaceship enters our solar system and “offers one surprise after another” (The New York Times).

Years ago, the enormous, enigmatic alien spacecraft Rama sailed through our solar system as mind-boggling proof that life existed—or had existed—elsewhere in the universe. Now, at the dawn of the twenty-third century, another ship is discovered hurtling toward us.

A crew of Earth’s best and brightest minds is assembled to rendezvous with the massive vessel. They are armed with everything we know about Raman technology and culture. But nothing can prepare them for what they are about to encounter on board Rama II: cosmic secrets that are startling, sensational—and perhaps even deadly.

“A masterpiece . . . one of the year’s best hard SF epics.” —The Houston Post
click to open popover

bob alexander
2.0 out of 5 stars B*O*R*I*N*G!
25 November 2019 - Published on Amazon.com
Verified Purchase
A big disappointment and waste of time. I expected more from Clarke; instead, this book frustrated me and gave me a sense of having been ripped-off by a heretofore sci-fi biggie. I heartily dis-recommend this book.
Read more

Parker McCaskell
1.0 out of 5 stars Such a bad read. :(
18 October 2019 - Published on Amazon.com
Verified Purchase
No space until halfway through. A drug- thief reporter doesn't make a good personality in space. I blame the co author. :(
Read more

Amazon Customer
3.0 out of 5 stars Three Stars
18 May 2018 - Published on Amazon.com
why is this book 2028 dollars?
Read more
2 people found this helpful
Go to Amazon.com to see all 3 reviews 2.0 out of 5 stars
Get FREE delivery with Amazon Prime
Prime members enjoy FREE Delivery and exclusive access to movies, TV shows, music, Kindle e-books, Twitch Prime, and more.
> Get Started
Back to top
Get to Know Us
Make Money with Us
Let Us Help You
And don't forget:
© 1996-2020, Amazon.com, Inc. or its affiliates