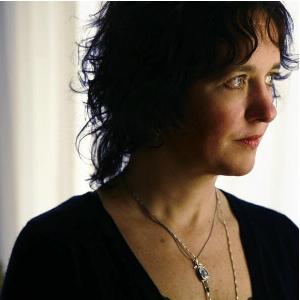 by Laura Kasischke (Author)
3.5 out of 5 stars 59 ratings
See all formats and editions
Sorry, there was a problem loading this page. Try again.

"THE RAISING is that rare thing: a literary novel distinguished by splendid prose that is also a down-and-dirty page-turner, a creep show featuring empty caskets and walking corpses. It's as if "The Grapes of Wrath" had been rewritten by H.P. Lovecraft."--Chicago Tribune

"Almost a supernatural thriller, almost a campus satire and almost but not quite a coming-of-age tale...Kasischke remains aware that she works in familiar traditions: her scenes play knowingly with the expectations...that her precedents raise, from "Buffy" to Euripides' "Bacchae."--New York Times Book Review

"Nothing is as it first appears in Laura Kasischke's suspense novel THE RAISING...Just when readers think they've got it all figured out, there's another twist that spins them off in another direction...The kind of story readers won't soon forget."--Grand Rapids Press

"A fine writer, a haunted and haunting tale, a flurry of beautiful girls -- you don't put this book down once you've picked it up."--Fay Weldon, author of Kehua

"Dark, disquieting...starts off as a tragic love story--beautiful sorority girl killed in a car accident--then is skillfully transformed into a thoroughly modern ghost story. Each character is haunted by the memories and repercussions of that night. Lyrical, layered and riveting to the final page."--Family Circle

"From the first page of THE RAISING, Laura Kasischke tells a story of great weight and wicked beauty . . . Don't bother trying to put it down; it will call you back, and you'll go. Surrender. You'll be glad you did."--Amy MacKinnon, author of Tethered

"Haunting, unsettling, and unforgettable, THE RAISING limns love, longing, belonging and the things we only think we know about life--and yes, death. Told in knockout, shimmering prose, it's a literary mystery that's as hypnotic as it is brilliant."--Caroline Leavitt, author of Pictures of You

Last year Godwin Honors Hall was draped in black. The university was mourningthe loss of one of its own: Nicole Werner, a blond, beautiful, straight-A sororitysister tragically killed in a car accident that left her boyfriend, who was driving, remarkably--some say suspiciously--unscathed.

Although a year has passed, as winter begins and the nights darken, obsession withNicole and her death reignites: She was so pretty. So sweet-tempered. So innocent. Tooyoung to die.

Because rumor has it that she's back.

Laura Kasischke teaches in the MFA program at the University of Michigan. A winner of the National Book Critics Circle Award for poetry, she has published eight collections of poetry and ten novels, three of which have been made into films, including The Life Before Her Eyes.

Read more
Start reading The Raising on your Kindle in under a minute.

3.5 out of 5 stars
3.5 out of 5
59 global ratings
How are ratings calculated?
To calculate the overall star rating and percentage breakdown by star, we don’t use a simple average. Instead, our system considers things like how recent a review is and if the reviewer bought the item on Amazon. It also analyses reviews to verify trustworthiness.

Kindle Customer
4.0 out of 5 stars The Raising
Reviewed in the United Kingdom on 14 May 2013
Verified Purchase
At first it looks like just another co-ed horror flick, a touch of the living deads and a dash of the vampires. But there is a great deal more to this novel. A wide range of characters eventual collide in the story of frat house ceremonies and hazing. The power of urban myth and the ability of people to change and ruin lives by thoughtless, selfish and foolish behaviour drives this well-written, power novel.
Read more
Report abuse

Mrs Dorothy Edwards
1.0 out of 5 stars Didn`t like this.
Reviewed in the United Kingdom on 15 May 2013
Verified Purchase
This is the only book that I have ever stopped reading part way through. I found it very slow and extremely boring. It just couldn`t hold my attention for long.
Read more
Report abuse

BearsMummy
4.0 out of 5 stars Not A Bad Read
Reviewed in the United Kingdom on 25 April 2013
Verified Purchase
I quite liked this book, although I found at times it jumped around alot and I was a bit lost with all the names, but once I got used to it the book opened up into a good read
Read more
Report abuse

Sabine
1.0 out of 5 stars Did not like this!
Reviewed in the United Kingdom on 17 May 2013
Verified Purchase
Depressing, creepy and complete rubbish! I wouldn't recommend this to anyone. There was too much waffle and the book was really bad.
Read more
Report abuse

JJ#1
5.0 out of 5 stars Brilliant
Reviewed in the United Kingdom on 27 December 2013
Verified Purchase
It was a brilliant book. Predictable at times and then not so at others. Leaves you with questions at the end and is truly memorable. Truly brilliant. I'm soooooooo glad I had a chance to read this book!!
Read more
Report abuse
See all reviews
Back to top
Get to Know Us
Make Money with Us
Let Us Help You
And don't forget:
© 1996-2021, Amazon.com, Inc. or its affiliates