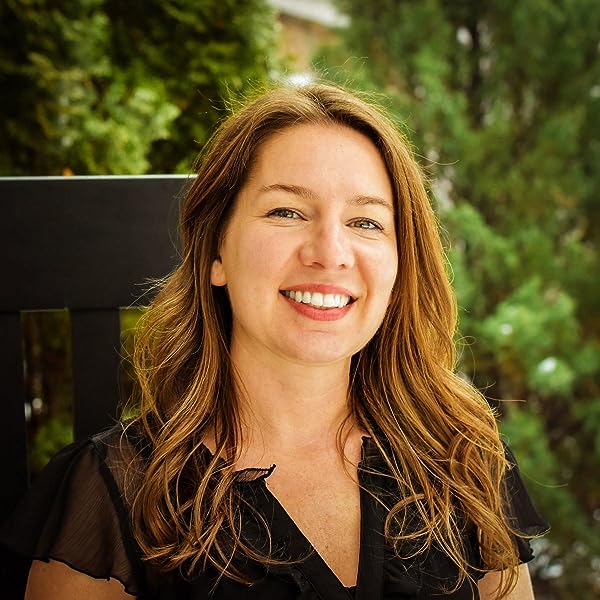 by Briana Michaels (Author)
4.7 out of 5 stars 52 ratings
See all formats and editions
Sorry, there was a problem loading this page. Try again.

All Angels fall eventually, some are just better at landing on their feet...

In the Brotherhood of Angels, Lucifer quickly discovers he is not like the others of his kind – a difference that not only sets him apart, but paves his way to becoming the most notorious Angel ever created.

When a female enters the brotherhood, secrets are uncovered and alliances are forged. In the midst of chaos and corruption, an elite group of Angels rebel against Divinity’s most powerful leaders to bring justice and freedom to the masses.

As swords swing and loyalties divide, Lucifer realizes his future, and the survival of those he loves, hinges on sacrifice. What happens if the very thing they desire most must be lost to win the battle?

When war is waged and love is on the line, there is only one thing left to do: Raise Hell.

This is how it all began. This is the story they never wanted you to read. Are you ready to learn Divinity’s best-kept secret about love, righteousness, and betrayal?

Raise Hell is Book 7 of the Hell Hound Harem series and Book 1 in the third trilogy.

Page 1 of 1 Start overPage 1 of 1
Previous page
Next page
Start reading Raise Hell (Hell Hounds Harem Book 7) on your Kindle in under a minute.

Briana Michaels is the author of the paranormal romance series, Sins of the Sidhe, as well as the reverse harem series, Hell Hounds Harem. She’s lived on the East Coast her whole life and spends her days creating worlds, meeting new characters, and falling in love with the dark side of romance. Briana does all of this with the love and support of her amazing husband and two kids who always have her back, encouraging her to go for her dreams.

To find out more about Briana Michaels go to: www.BrianaMichaels.com or visit her Facebook page: Facebook.com/BrianaMichaelsAuthor for the latest news.

4.7 out of 5 stars
4.7 out of 5
52 global ratings
How are ratings calculated?
To calculate the overall star rating and percentage breakdown by star, we don’t use a simple average. Instead, our system considers things like how recent a review is and if the reviewer bought the item on Amazon. It also analyses reviews to verify trustworthiness.

Kindle Customer
5.0 out of 5 stars Better than anything you have ever read
Reviewed in Australia on 8 January 2021
Verified Purchase
This book is beyond clever to say the least. The execution was mindblowingly flawless As you read, you think really?? Then the book confirms it and you say, oh wow, that was sneaky and damned clever.. after everything is preciously explained you actually need to come up for air a few times so you can actually breathe. Massive props to the writer cause this was epic.
Read more
Helpful
Report abuse

Ex Libris
TOP 1000 REVIEWER
5.0 out of 5 stars What a way to give us the Devil’s backstory!!!
Reviewed in Australia on 3 July 2020
Raise Hell – Hell Hounds Harem: Lucifer’s Trilogy (Book 1) – Briana Michaels

If you are a fan of the Hell Hound Series by this author, you will be a fan of Lucifer. That is a given. In this portrayal, Lucifer is not the average incarnation of what you might expect when encountering the characteristics of this epic personality. He is in fact – quite the opposite.

We begin our final journey in the story arc, strangely enough – at the beginning. ALL the way back to the beginning when the Angels were first created and the realms (including the human one – Earth) were new.

In chapter one, we are introduced to Eve, a lone female Angel who is on a mission that even she seems unaware of at first. There are several sects of Divinity where the Angels train to protect the realms and keep them pure. Perfect if you will.

As Eve, a Purity Sect Angel travels towards the Protection Sect (a Warrior Sect under the leadership of the Angel Michael) under the premise of training with them for her own self defence, she first encounters Constantine, a Warrior and Scribe from the Protection Sect. Her subsequent arrival and meeting with Michael begin the trials and tribulations that Eve must endure upon this road fraught with danger, loneliness and heartbreak until we reach the crescendo in the final chapters of the third book.

Our main players here are of course Eve, our FMC. We have Constantine, Gabriel, Uriel and finally Lucifer who complete the Harem in this trilogy.

There are secondary characters who play vital parts in this book. And of course, the author has managed to incorporate the more well-known biblical/historical characters associated with the creation story and furnished the tale with her own brand of epic!

You will not be disappointed once you read this book. You will in fact, race to start book two, which thankfully the author has released along with book three all on the same date.

A fabulous, emotional beginning to what will become a story so heartbreakingly told that you will ugly cry.

Usual warnings for adult sex scenes and RH themes make this an 18+ read. I gave it five stars!

Sereena
5.0 out of 5 stars All hail Lucifer
Reviewed in Australia on 11 July 2020
I dont know how, however I think this is my favourite book so far of the series. I absolutely adores all of the ones prior yet this one is next level. We had all wondered about Lucifer and his brothers. Reading what this world was like before the Angels fell is something I didn't know I needed, yet am so incredibly glad Briana gave to us. *fans self* by far one of the sexiest additions. Can't wait to keep on free falling into this world.
Read more
Helpful
Report abuse

Annie Berne
4.0 out of 5 stars Back in time
Reviewed in Australia on 21 August 2020
In the first two trilogies we get glimpses of Lucifer that intrigued and drew me in. Seeing where his story began was really interesting.
I’ll admit that I’m not one for great time leaps, so reading this after knowing what Lucy’s up to in the ‘present day’ was difficult at times as I just wanted to catch up with what was happening when we left book 6.
Read more
Helpful
Report abuse
See all reviews

s
5.0 out of 5 stars Five stars
Reviewed in the United Kingdom on 3 November 2021
Verified Purchase
Stars given on level of engagement;

5 stars - less than a day to read because I cannot put it down. I only give 5 stars if it has managed to engage extra emotions from me - extreme lol moments or real teary moments etc. A 5 stars book tends to have me raging about cliff hangers and (legally and not creepily) stalking the author for release dates.

4 stars - 2 days to read or less. A book that I have quite enjoyed reading, feisty MC and some racy scenes with thier romantic interest. I would definitely follow a series and author for 4 star books.

3 stars - takes around 2/3 days to read, usually because I have become distracted and less engaged in some sections but by the end the end I have enjoyed the overall story and would read any sequels.

1/2 stars not given, as I have usually returned it without finishing as I'm not engaged. .
Read more
Report abuse

Maria Bateman
5.0 out of 5 stars Addictive
Reviewed in the United Kingdom on 15 July 2021
Verified Purchase
Loved reading about how everything started and why. Looking forward to reading more and finding out if the original pack become whole again.
Read more
Report abuse

Jules
5.0 out of 5 stars Howl for your pack
Reviewed in the United Kingdom on 1 July 2020
Verified Purchase
Oh my I knew the origin of Lucifer might break me but what a beautiful heartbreaking journey it was. I am in awe Briana. I howl to your greatness. ❤
Read more
Report abuse

Jemma
5.0 out of 5 stars 5 stars
Reviewed in the United Kingdom on 3 July 2020
Verified Purchase
Wow this series is just getting better and better. I loved the whole book. It definitely made me love Lucifer even more. I would definitely recommend this book and series. I don't want it to end.
Read more
Report abuse

MARY
5.0 out of 5 stars Devious!
Reviewed in Canada on 21 July 2020
Verified Purchase
This is the seventh book in this series. If you have read the others great. If not, I suggest you do before reading these last three books. This book was fantastic! It starts off with the angels as one would expect plus a few more. I will say that Michael is not all the good male one would expect. They all take much different paths than one would expect from this story. I was pleasantly surprised by many things. The writing is fluid and well done. There are a few "surprise" things that come up in the book that were really a nice touch. I overall loved the book and I'm going into book eight now. I never like to say too much about what is in the books as to avoid giving away everything. I do however highly suggest reading this whole series. Another book beautifully done Briana!!
Read more
Report abuse
See all reviews
Back to top
Get to Know Us
Make Money with Us
Let Us Help You
And don't forget:
© 1996-2022, Amazon.com, Inc. or its affiliates