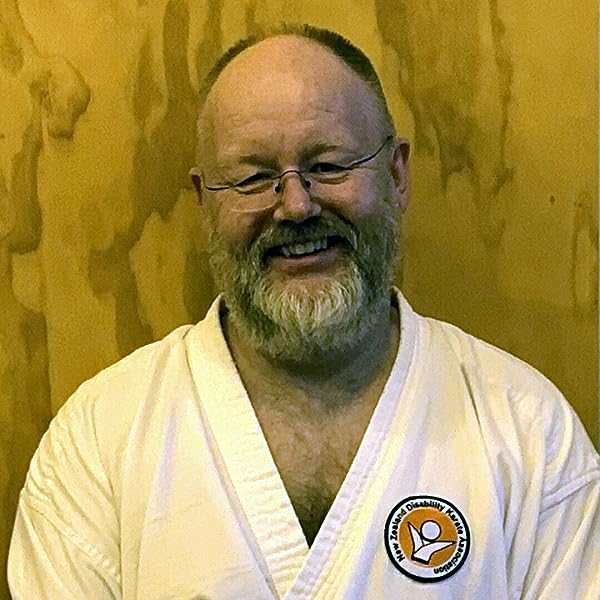 by Stephen Hilson (Author)
5.0 out of 5 stars 1 rating
See all formats and editions
Sorry, there was a problem loading this page. Try again.

This is the story of Rainbro, a young fish, who tries Karate for the first time.

This story has been written in a gender neutral voice. This is in line with our club’s policy of inclusion.

New children's books bundles!
Book bundles for children's growth and development. Shop now
Start reading Rainbro Joins a Dojo on your Kindle in under a minute.

Stephen Hilson was born in the UK, but spent most of his childhood living in Germany. He now lives in Wellington, New Zealand with his wife, Sue and their son, Duncan. He has worked in computing since 1977 and met Sue at the BBC while he was developing their script writing software.

He has a passion for adventure and has served in NATO's Rapid Reaction Force. He joined REME in the early 1990s, following in the footsteps of his Dad and Granddad. Stephen has been a skydiver with more than 600 jumps in his logbook.

His passions nowadays are blacksmithing and karate. He makes tools for his workshop and traditional kobudo weapons for his martial arts training.

In May 2016 he decided to create a new type of karate club that would adapt to meet the disabled community's needs. The club has tried to remove all barriers to martial arts training; all training and uniforms are free.

Stephen decided to write a series of books with all profits going into the club to enable the continuation of this free community service.

Old Basing Old Bloke
5.0 out of 5 stars Easy to read good encouragement to get kids off the sofa
Reviewed in the United Kingdom on 16 February 2022
Verified Purchase
Good sequence of events that many children can relate to and explanatory pictures to explain the words. Too many children are allowed to solely play on their computer games, while this does develop some necessary IT skills, it does not encourage them to develop physically or evolve in basic social skills.
Read more
Report abuse
See all reviews