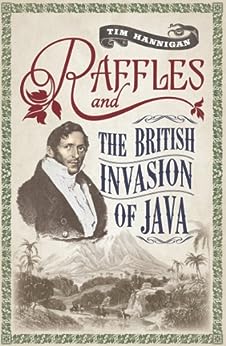 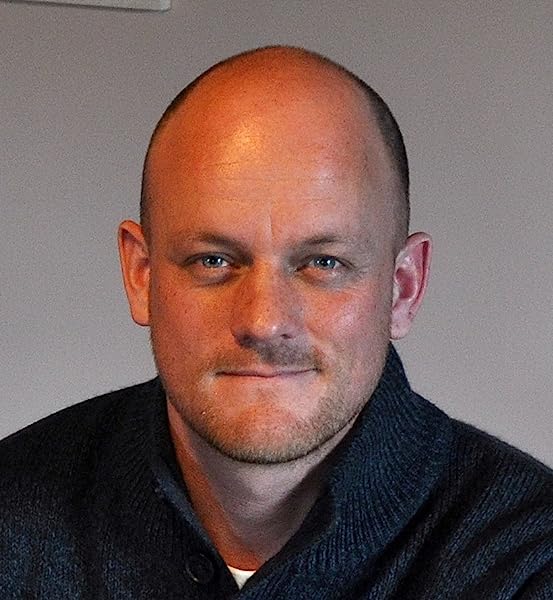 Raffles and the British Invasion of Java Kindle Edition

by Tim Hannigan (Author) Format: Kindle Edition
See all formats and editions
Sorry, there was a problem loading this page. Try again.
On a hot August afternoon in 1811, an army of 10,000 British redcoats splashed ashore through the muddy shallows off Batavia (the former name of Jakarta, Indonesia’s capital) to conquer the Dutch colony of Java. They would remain there for five turbulent years. Drawing on both British and Javanese archival sources, this entertaining and highly readable narrative history-cum-biography explores the bloody battles and furious controversies that marked British rule in Java, and reveals the future founder of Singapore, Thomas Stamford Raffles – long celebrated as a hero, a liberal and a visionary – in a shocking new light, showing how he crushed dissent, looted palaces and incited massacres to further his own insatiable ambitions. The book features the dramatic Battle of Batavia, the sinister British expedition to Palembang, the 1812 sacking and looting of Yogyakarta, and various fights between soldiers and civilians, buffaloes and tigers, and Englishmen and Javanese.
Read more
Previous page
Next page

Tim Hannigan (London, UK) is an author and journalist specialising in Indonesia and the Indian Subcontinent. His first book, Murder in the Hindu Kush (The History Press, 2011), is a biography of the intriguing 19th-century British explorer George Hayward, and was shortlisted for the 2011 Boardman Tasker Prize. --This text refers to the paperback edition.

Tim Hannigan is an author and travel journalist. He was born in Penzance in Cornwall in the far west of the United Kingdom and specialises in writing about Indonesia and the Indian Subcontinent.

Tim formerly worked as a professional chef, before studying journalism at the University of Gloucestershire. He also worked as an English teacher and a tour guide before becoming a full-time writer.

He is the author of three books of narrative history: Murder in the Hindu Kush (The History Press, 2011), which was shortlisted for the Boardman Tasker Prize, Raffles and the British Invasion of Java (Monsoon Books, 2012) which won the 2013 John Brooks Award, and A Brief History of Indonesia (Tuttle Publishing, 2015).

4.0 out of 5 stars
4 out of 5
20 global ratings
How are ratings calculated?
To calculate the overall star rating and percentage breakdown by star, we don’t use a simple average. Instead, our system considers things like how recent a review is and if the reviewer bought the item on Amazon. It also analyses reviews to verify trustworthiness.

Edgar R Wagner
5.0 out of 5 stars Raffles and the British Invasion of Java 1811 - 1816
Reviewed in the United Kingdom on 8 February 2020
Verified Purchase
Excellent. I found this book to be an interesting, informative, and entertaining read. This is the second book written by Tim Hannigan that I have read. The first one was his Brief History of Indonesia. I think that he is a very talented writer.

The book starts with the observation that the Javanese, in a general sense the people who live on the island of Java, lament the fact that the Dutch were the colonial power and not the British, but then goes on to describe the five years that the British were in charge from 1811 until 1816, and then ends the book with the same observation that the people who today live on the island of Java think that if they had been colonised by the British instead of the Dutch things would have been so much better in Indonesia. Without ever have been to Indonesia (yet) I have heard the same thing, and the excellent travelogue Indonesia etc: Exploring the improbable nation by Elisabeth Pisani makes pretty much the same point. Without really delving into the reason why, Tim Hannigan does in effect say that they are mistaken on two counts. Firstly, there are plenty of countries colonised by the British that have done badly, and, secondly, the British did colonise / run Indonesia. In fact, the British ran Indonesia twice. In 1811 - 1816 and arguably again in 1945 - 1946.

Yes, Tim Hannigan does appear to be highly critical of Thomas Stamford Raffles, and maybe that is no bad thing.

If I have a criticism of this particular book is that it does seem a bit thin, but at well over 350 pages long maybe to have delved more deeply into the situation before the British invasion, during the fives years the British were there, and what the consequences were in the short, medium, and long-term, other than a general observation that people drive on the left in Indonesia because of the five years the British were there, would have meant a multi-volume work out of keeping with Tim Hannigan's style? This is a book after the style of the excellent Brief History of Indonesia.

Anyway, I, personally, thoroughly enjoyed reading Raffles and the British Invasion of Java. Tim Hannigan says that he was in Java teaching English, and I think that he is a teacher. He appears to me to have a nose for knowing what many a reader is going to know about Java, in particular, and Indonesia, in general, viz sometimes little to nothing, and explains points that other authors assume people will know. This is, therefore, a good stand-alone book, and I don't think you need to have read around the topic to be able to follow what is being said, although it is highly likely that you'll be reading this book because you have an interest in Singapore and / or in Indonesia, and then in the overall mix of books on those two countries this one is definitely worth buying and reading ... maybe even at the top or near the top of the list. It is such an easy, entertaining, and generally informative read.
Read more
Report abuse

Peter Murrell
4.0 out of 5 stars An immersive reassessment
Reviewed in the United Kingdom on 9 April 2016
Verified Purchase
This book offers a reassessment of the often-eulogised Raffles based on his years as ruler of Java from 1811 to 1816. I wondered at first if it was going to be iconoclasm for its own sake, but Hannigan backs up his claims with sound and convincing examples of Raffles' less-than-heroic behaviour. Sometimes the behaviour was downright appalling - for instance, all but inciting the sultan of Palembang to murderous activity against the Dutch settlers there and supplying his debauched friend Alexander Hare in Borneo with forced labour (often women for his amusement), not to mention the more usual imperial actions such as military conquest of native kingdoms, looting of artefacts, croneyism and more. Hannigan's unrelenting anti-Raffles tone can be wearisome at times and a reference to him is almost always accompanied by some derogatory adjective or comment ('foppish', 'haughty' etc). I particularly disliked the constant references, implied or otherwise, to the heavy drinking of his first wife, Olivia. Hannigan has enough solid evidence against Raffles without having to resort to this kind of cheap, journalistic approach. The book would have gained in authority without it. Raffles did perform some creditable actions and perhaps these are underplayed in the determination to condemn him. In life Raffles attracted extreme reactions, from slavish adoration to bitter enmity, and Hannigan tends to the latter camp. The descriptions can be as luxuriant as the Javanese landscapes and could do with a bit of adjectival pruning. But Hannigan is clearly enthusiastic about his project and for the most part I much enjoyed his immersive, stirring, detailed descriptions of events and places. It is hard to feel bored reading this book. Overall, I would recommend it to anyone with an interest in lively historical writing and an open mind with regard to received opinions.
Read more
4 people found this helpful
Report abuse

Rhona Mowat
4.0 out of 5 stars Engaging and informative
Reviewed in the United Kingdom on 22 August 2013
Verified Purchase
During the 8 years I spent living in Java in the 2000s, I was often frustrated by the dearth of accessible English-language reading material on the history and culture of Indonesia. Most of what was available then (back in the pre-kindle days) was either dry specialist academic texts, travel guides or poorly translated Dutch works. Most of the knowledge I picked up during that time was patched together from speaking to Indonesians and long-term ex-pats, visiting places of interest and reading the odd travel guide. As I am unable to speak Dutch or read old Javanese, and there is sadly a lack of easily- accessible museums and archives in Indonesia, going to source material to fill in the gaps wasn't an option. Therefore I'm glad that Tim Hannigan did all the hard work for me and only wish he had done it ten years earlier!
Back in Indonesia on holiday this summer I finally got round to reading this book. It is a fascinating read, written in an accessible style which keeps up your interest throughout. It not only deals with this less well-known period in Raffles' life but with many side characters and also with contemporary Javanese culture. For me there were many recognisable descriptions and several `aha! moments' where I discovered (or had confirmed) explanations for various Javanese quirks that still endure to today.
If you are merely looking for a highly-detailed account of British military manoeuvres in Java, you will probably be disappointed. If you are a committed Rafflesophile, you will likely baulk at the critical handling of the man and his dubious actions during this time. If however, like the author, you have a passion for this bewitching country and are looking for insight into this period, the people and the culture, you will thoroughly enjoy this read.
Read more
3 people found this helpful
Report abuse

AlexE
5.0 out of 5 stars Interesting read
Reviewed in Germany on 22 November 2013
Verified Purchase
Very detailed, well written piece of history/non-fiction.
Having stayed in Asia for some time, I particularly enjoyed this book as a way to broaden cultural knowledge of the region.
Standing against the bulwark of Raffle's blindfolded supporters, this book is a much needed contradictory view on the "hero of Singapore",
Read more
Report abuse

Keith Jahans
4.0 out of 5 stars A Tarnished Reputation
Reviewed in the United Kingdom on 16 March 2015
Verified Purchase
I do not normally read biographies but having met Tim Hannigan at The Penzance Literary Festival in July where he was running a workshop on travel writing I thought I would give this book a try. I was not disappointed. The author puts the reader squarely in the thick of the action. We can smell the jungle, the smoke and cordite of the muskets and hear the sound of canon fire, the cries of the combatants and the rattling of the sabers.

This is an account of a short lived campaign of the British army at the height of its empire and according to Hannigan, Raffles comes out of it with an extremely tarnished reputation. Raffles is famous as the founder of Singapore and London zoo. But it seems he was an opportunist out to make a quick buck. He was involved with corruption, turned a blind eye to slavery and complicit in inciting the massacre of Dutch citizens. This is all the more shocking because of the high esteem in which his memory is held by many.