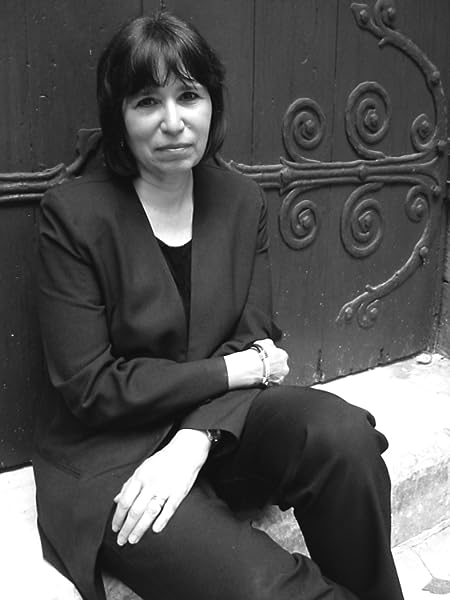 "When Laurie calls into a late-night radio show to talk to a psychic, she has no idea that this connection will turn her world upside down. Before she can even speak, the psychic is able to discern an image from Laurie's childhood: an alien being Laurie saw four decades ago. The psychic is part of a cult-like organization known as Blue Awareness that believes humans share a common lineage with aliens. Laurie simply wants to be left alone, but Blue Awareness becomes increasingly menacing, as she discovers that the alien she saw as a child wants something from her now. This novel is both a sharp send-up of Scientology and an intriguing aliens-among-us-tale." --Booklist

"This novel has an inspiring premise and an even better plot. It's a hybrid between conventional novel and science fiction. At the end of any good book what readers ask themselves is, "What did it all mean?" and, more importantly, "What does it mean to my life?" These are questions that Radiomen asks in multiple ways." NY Journal of Books --New York Journal of Books

"Eleanor Lerman's odd, compelling novel can lay claim to showing its author's skill as a poet, especially in its bleak descriptions...Though the narrative proves engaging, it's the unconventional subject matter that proves most intriguing. Radiomen brings together an unlikely assortment of people and situations...Radiomen, may be science fiction, but, hardly a predictable or typical example of the genre, it may well appeal to those who think they never would read such pop lit and enjoy it." --NPR

"As Lerman's entertaining second novel winds to its conclusion, it'll leave readers wondering if there might be life out there." --Publishers Weekly

ELEANOR LERMAN is a writer who lives in New York. Her first book of poetry, Armed Love, published when she was twenty-one, was a National Book Award finalist. She has since published several other award-winning collections of poetry - Come the Sweet By and By; The Mystery of Meteors; Our Post-Soviet History Unfolds; and The Sensual World Re-Emerges, along with The Blonde on the Train, a collection of short stories.

Eleanor was awrded the 2006 Lenore Marshall Poetry Prize from the Academy of American Poets and The Nation magazine, and received a 2007 Poetry Fellowship from the National Endowment for the Arts. In 2011 she received a Guggenheim Fellowship. Her first novel, Janet Planet, based on the life of Carlos Castaneda, was published in 2011. Her latest collection of poetry, Strange Life, was published in 2014.

M.A.Moore
5.0 out of 5 stars Great read with a retro feel.
Reviewed in the United States on 16 August 2016
Verified Purchase
Lerman has written a novel about parallel universes while creating a compelling "real world" parallel universe: late-night radio shows about the paranormal; workers on the fringe of the economy; a religious cult; and dogs tuned into what's really going on. Radiomen reminded me of Clifford D. Simak's 1963 masterpiece, "Way Station" in its key plot driver - aliens interacting with humans here on Earth - but Lerman has drawn together several factual threads: ham radio, Dogon people, pariah dogs, and a Scientology-like organization to create a complex but authentic story of family and commitment. Well-written (as you'd expect from an award-winning poet) with well-drawn characters and a well described world. Definitely not "hard" science fiction but a great read with a retro feel. Eleanor, we need more sci-fi from you, please!
Read more
One person found this helpful
Report abuse

Alda Nuvia
5.0 out of 5 stars great read!
Reviewed in the United States on 20 November 2016
Verified Purchase
Radiomen is a compelling read full of suspense and excellent imagery. I love how it captures a real human quality through description and dialogue with each character that makes it believable. There's a humbleness and compassion in the writing that roots the reader in the very realistic blue collar world of the main character, which is a great contrast to the fantastical storyline. Can't wait to read more from Lerman.
Read more
Report abuse

B. Bohn
4.0 out of 5 stars Poetic sci-fi, oh my
Reviewed in the United States on 24 June 2015
Verified Purchase
This is a wonderful story that is beautifully written. Even if you are not a sci-fi fan you will still appreciate the literary writing and the great character development. It is a quick read and makes you think about a lot of things afterwards like religion, cults and personal beliefs.
Read more
Report abuse

E. B. Scupham
5.0 out of 5 stars Time Travel Is Real
Reviewed in the United States on 2 June 2015
Verified Purchase
Super fun read for anyone who enjoys speculating about the nature of time travel parallel universes and "The Wild Blue Yonder." Lovely book that works on so many levels.
Read more
Report abuse

Shelia Bolt Rudesill, Author
5.0 out of 5 stars Brilliant
Reviewed in the United States on 28 September 2015
Verified Purchase
There is absolutely nothing wrong with this novel! It's brilliant. Laurie is so believable and so very many people want (crave) her experience. Besides the story, the writing is exquisite, intellictual, and flows from begining to end. This is literary fiction that's not stuffy or filled with fluff.

If you want an interesting and enlightening experience visit Eleanor Lerman's website.


Read more
One person found this helpful
Report abuse
See all reviews
Back to top
Get to Know Us
Make Money with Us
Let Us Help You
And don't forget:
© 1996-2021, Amazon.com, Inc. or its affiliates