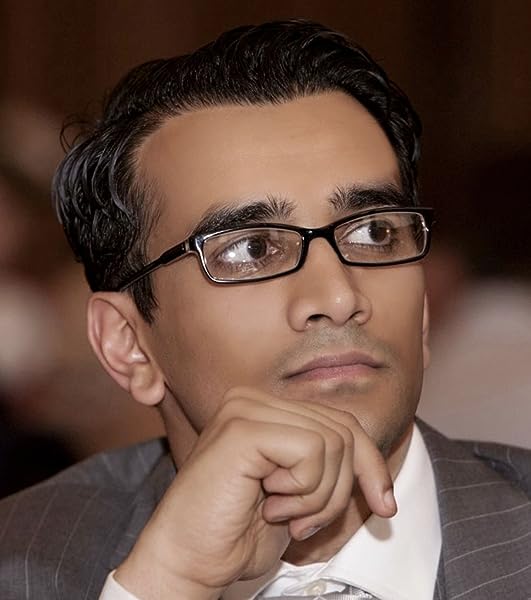 Radical Origins: Why We Are Losing the Battle Against Islamic Extremism And How to Turn the Tide Paperback – 12 February 2019

by Azeem Ibrahim (Author)
4.0 out of 5 stars 2 ratings
See all formats and editions
Sorry, there was a problem loading this page. Try again.

Noise: The new book from the authors of ‘Thinking, Fast and Slow’ out now.
Order your copy today. Click to explore.
Start reading Radical Origins on your Kindle in under a minute.

Ibrahim has a unique and valuable perspective on security strategy and counter-terrorism, and I believe would be a major contributor to public discourse and policy formulation in the area of fighting extremism.

A factual history of where it all went wrong in the Islamic world.

Ibrahim's perspective and insights are central to our discussion. His contributions undoubtedly make this one of the most substantive dialogues to date.--Madeleine Albright

In a book that is part chronological religious history and part contemporary political science, Ibrahim offers a refreshingly nuanced approach rather than a jeremiad. Throughout the book, the author writes clearly and accessibly, and he provides summaries at the end of each chapter. His section on the antidotes to violence is especially lucid. Required reading for those who want to understand the connections between Muslims and terrorism.

The work that Ibrahim has undertaken and published is serious and high quality. The analysis and rigor he brings will provide a firm platform for actions by the professions and government over the years ahead.--Gordon Brown

Dr. Azeem Ibrahim earned his doctorate at Cambridge University and has lectured at the U.S. Army War College, Harvard, Yale, and the University of Chicago. He was the CEO of a global consultancy firm and worked in international finance before turning to policy work. He is the author of several academic papers and has written for the Los Angeles Times, Newsweek, Foreign Policy and CBS News. He has advised the U.S. Senate Foreign Relations Committee, the Pentagon, the National Security Council, the U.S. State Department, and more. He is currently a fellow at Oxford University and splits his time between the U.S. and the United Kingdom.

Jackie from Ireland
3.0 out of 5 stars Not recommended
Reviewed in the United Kingdom on 22 October 2018
Verified Purchase
Overall quality of book and paper poor.
Read more
Report abuse