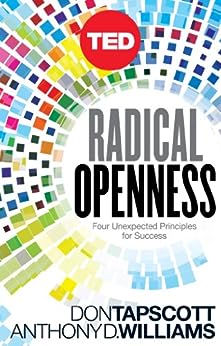 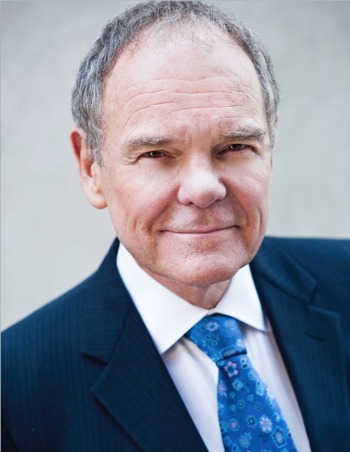 Dr.Stephan Teichmann.
4.0 out of 5 stars Food for Thought
Reviewed in Germany on 12 May 2013
Verified Purchase
Don Tapscott and Anthony Williams have identified what they claim to be four unexpected principles for success. Summarized under the headline Radical Openness, these four principles are:
1. The will and need to share data with business partners and competitors
2. Sharing and collaboration between companies creating innovations - "...dissolving their traditional corporate boundaries..."
3. Giving up ownership rights in IP-intensive industries
4. Global movements for freedom and justice.

60 pages on a big and important topic can give you only a glimpse of what the digital revolution and social media have in store for us individuals, for companies and governments.

Yet, the more I thought about the question, if such an unexpected thing like radical openness exists, the more I tend to say: No! There is really nothing new about such a thing as radical openness and I don't think it is unexpected. Yes, there seems to be a shift in collaboration between businesses but on close scrutiny, I guess it is just that the possibilities of the digital age offer us opportunities to share big amounts of data easily that it seems to be a deviation from the past or something entirely new.
Sharing business data within a supply chain that spans several different companies is hardly new and the speed that is necessary today in order management, production and logistics, demands a close network and the free flow of basically all data to stay competitive. Management a few years back went as far as saying that in today's world supply chains compete, and not necessarily R&D departments.
The Glaxo Smith Kline announcement to share clinical data cited at the beginning of the book as a new move in pharmaceutical research and business may be linked to the substantial fine that the British Government put on GSK for manipulating data and seems rather to be an effort to win back consumer trust, than a move that the management developed as a new idea to speed development.
Likewise the second principle of sharing ideas and collaborating on innovations is hardly new. Developing new products together with suppliers and customers has been done already during the last 20 years and only the possibilities that the web offers, make it more widespread than ever before.
Negotiating and being prepared to give-up ownership rights comes together with collaboration in innovation. It should be noted that knowledge published in patents is basically available to everybody. Once the patent content is published it becomes state of the art and everybody can build on it. What you cannot do is, to exploit the published knowledge commercially, without legal repercussions in case of active patents. But there are basically no limits as far as research is concerned.
Giving up ownership rights is also not really unexpected. Yes, companies now tend to see their intellectual property as what it is: property that - unless you use it - is just a waste of money. As also a large amount of patents are not actively used, it is just the question of sound economics to put the intellectual property to some use and for example share it. Also here the digital world facilitates this move, but has not invented it.
Last not least there is the fourth principle: global movements. Let's face it, even before the advent of social media, revolutions took place. I am not going as far back as the French Revolution because the Fall of the Berlin Wall happened just before the Internet started to develop into what it is today. In 1989 there were no social media around that would have helped to overcome the perfect security structures that the government had erected over time in East Germany. Still the protesters got stronger, better organized and once the demonstration began rolling, the regime collapsed within a few months. Similar in North Africa, without Twitter the Arabic Spring, would have taken longer, but it would have toppled the incumbent regime none the less. I guess today oppressive governments use digital means to organize support and survival and you cannot hope for success unless you have the same means at your hands and use it expertly.
All in all this short paper forces you to contemplate our digital world and the possibilities it offers. It puts forward the rules for success that have already emerged and will develop further over time.

Daniel
5.0 out of 5 stars Great¡,
Reviewed in Mexico on 9 November 2015
Verified Purchase
i like the concept and the idea of sharing .!!!!!!3 suede due due due did did dud dud did dj
Read more
Report abuse

John David Lionel Brooke
5.0 out of 5 stars NOT A PIE-IN-THE-SKY READ
Reviewed in the United States on 27 March 2016
Verified Purchase
Another insightful TED book, Technology, Entertainment and Design, for the "now" in our world. The organization is a nonprofit devoted to “Ideas Worth Spreading.” It started out, in 1984, as a conference bringing together people from three worlds: Technology, Entertainment, Design. Since then its scope has become ever broader. Along with two annual conferences — the TED Conference in Long Beach and Palm Springs, Calif., each spring, and the TED Global conference in Edinburgh, Scotland, each summer.

* FOUR UNEXPECTED PRINCIPLES FOR SUCCESS
* PRINCIPLE ONE: THRIVING IN AN AGE OF TRANSPARENCY
* PRINCIPLE TWO: OPENING UP FOR INNOVATION
* PRINCIPLE THREE: WHY SHARING MAKES GOOD BUSINESS SENSE
* PRINCIPLE FOUR: RADICAL YOUTH AND THE GLOBAL FIGHT FOR FREEDOM AND OPENNESS

This was a quick update on the fundamentals of our instant networking world of changing concepts and sharing with like minded minded residents of our threatened planet. Refreshing hope that open technology can have positive effect on all our lives. Succinct and easy to read, offers tangible hope for the entire planet to share their hoard of acquired Intellectual Property knowledge with each other and and more importantly that powerful corporations and governments become transparent in their operations, to the benefit of all of us survivors here on planet earth.
Read more
Report abuse

Zeno
5.0 out of 5 stars An important read for every company, organization, government
Reviewed in the United States on 10 March 2013
Verified Purchase
The title of the book is actually misleading - the required openness in the age of connectivity - social connectivity, that is - may be perceived by many as radical - but it isn't, it is simply smart. But yes, "smart openness" wouldn't have been quite as strong a title.

The book smartly opens doors to new understanding - helping to take companies et al from an industrial age thinking to seeing the great potential of today and tomorrow. Sharing information, data, metrics, patents, research has never been easier - and has never had more potential to bring crystal clear business value. The companies that smartly begin to share what it knows will find new innovative solutions with the wealth of brainpower outside its firewalls. That's the company of the future - the company who will surpass the one that clings to rigid protection of all its intellectual property.

Packed into a small volume, this is a very important book. It has the power to foster a major mindshift that will lead to more and smarter innovation, greater business opportunities and a far more social business culture across the globe that will benefit the many.
Read more
One person found this helpful
Report abuse
See all reviews
Back to top
Get to Know Us
Make Money with Us
Let Us Help You
And don't forget:
© 1996-2021, Amazon.com, Inc. or its affiliates