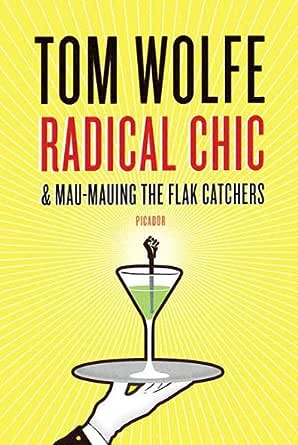 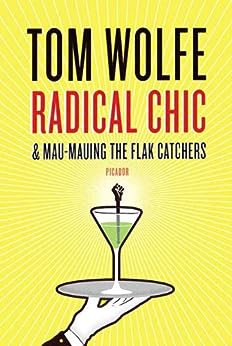 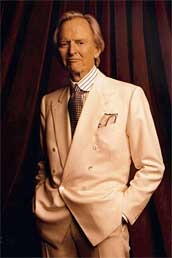 "Wolfe's genius is that he is fair; he puts the Bernstein part in perspective against the background of New York social history. Read it and weep with laughter." --Houston Post

"A sociological classic . . . At Wolfe's hands the socialites get a roasting they will long remember." --Saturday Review

"Tom Wolfe understands the human animal like no sociologist around. He tweaks his reader's every buried though and prejudice. He sees through everything. He is as original and outrageous as ever." --The New York Times

"Uproariously funny and socially perceptive . . . a penetrating dissection of the confusion among the classes and the search for status." --Women's Wear Daily

"Tom Wolfe at his most clever, amusing, and irreverent." --San Franciscio Chronicle

"Absolutely brilliant. One of the finest examples of reporting and social commentary I have read anywhere." --Gay Talese

Tom Wolfe is the author of a dozen books, among them such contemporary classics as The Electric Kool-Aid Acid Test andThe Bonfire of the Vanities. His most recent bestseller is I Am Charlotte Simmons (Nov. 2004). A native of Richmond, Virginia, he earned his B.A. at Washington and Lee University and a Ph.D. in American Studies at Yale. He lives in New York City. --This text refers to an alternate kindle_edition edition.

RADICAL CHIC is Tom Wolfe's hilarious dissection of the need among wealthy liberals in late '60s America to be seen to support the correct political causes - even if that meant giving champagne receptions for the feared Black Panther Party. MAU-MAUING THE FLAK CATCHERS takes a satirical look at how, during that period of cultural upheaval, minority groups from the ghettoes refined the art of intimidating the white bureaucracy. In these essays, Wolfe's supercharged yet consummately controlled prose transports the reader back to the heady days of hippie revolution and Black Power. THE PAINTED WORD is Wolfe's insightful, flamboyant and supremely readable survey of Modern Art. Taking in Picasso, Pollock and Warhol, he describes the tense relationship between bohemian artists and their wealthy patrons, and concludes that modern art is Theory - the paintings and sculptures themselves are mere illustrations of the text. 'Tome Wolfe is a journalist who always manages to combine an encylopedic store of inside knowledge with the obstinate detachment of a visitor from Mars, not ot mention a brilliant style and incisive wit' San Francisco Chronicle --This text refers to an alternate kindle_edition edition.

Three classic essays by Tom Wolfe, together in one volume for the first time. --This text refers to an alternate kindle_edition edition.
Read more

4.5 out of 5 stars
4.5 out of 5
166 global ratings
How are ratings calculated?
To calculate the overall star rating and percentage breakdown by star, we don’t use a simple average. Instead, our system considers things like how recent a review is and if the reviewer bought the item on Amazon. It also analyses reviews to verify trustworthiness.

Na Go
5.0 out of 5 stars Awesome book
Reviewed in Spain on 20 February 2016
Verified Purchase
Everything was perfect, shipping, the book was new and got in perfect condition, and the words in it are simply amazing, I love Tom Wolfe's work, and I think that this is a very good journalism book.
Read more
Report abuse

Curious Epicure
5.0 out of 5 stars No one cuts through society like Tom Wolfe - then and now.
Reviewed in the United States on 14 December 2017
Verified Purchase
A classic.
Tom Wolfe has always had his finger on the pulse of certain segments of society. His books are often as timely as they are on trend. If you change the names of certain people and issues to things that are happening today, this book is probably even more insightful now than it was when it was written.
Read more
22 people found this helpful
Report abuse

J-Dubb
4.0 out of 5 stars Essay on the Hypocrisy of Celebs Embracing Radical Causes
Reviewed in the United States on 7 February 2018
Verified Purchase
Tom Wolfe skewers the leftist radical celebrities and socialites who treat various causes as a pet concern that they bring out at fancy parties but then put away when it's not convenient to have around. It's dated, 1968, but the themes are still relevant.
Read more
15 people found this helpful
Report abuse
See all reviews
Back to top
Get to Know Us
Make Money with Us
Let Us Help You
And don't forget:
© 1996-2021, Amazon.com, Inc. or its affiliates