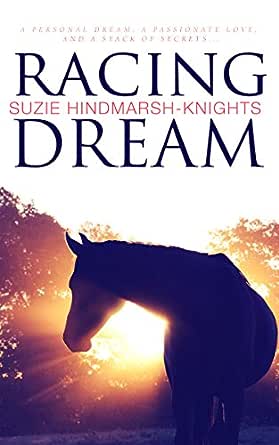 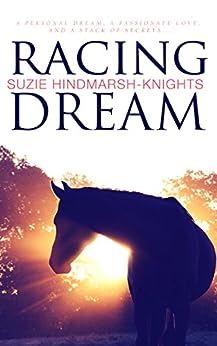 A PERSONAL DREAM, A PASSIONATE LOVE, AND A STACK OF SECRETS LEADS TO DISASTER

Pauline Annear
4.0 out of 5 stars Well written with a strong storyline - a promising first novel
13 February 2018
Format: Kindle EditionVerified Purchase
Even though this is not my genre, I was impressed by the plot development, and the strong lead character. The story stands alone as a well structured well paced adventure/mystery which definitely keeps you reading. Adding in the romance gives the story another dimension. Suzie’s use of language is polished and enhances the story well.. It is a good read and I even learnt a lot about horses! Will certainly read the next one.
Read more
Helpful
Comment Report abuse

Marls
4.0 out of 5 stars Enjoyable
23 December 2019
Format: Kindle EditionVerified Purchase
I did enjoy the plot very much, however, the horse swapping was a bit far-fetched these days with the rigorous rules and identification processes, even moreso when one horse had a white star and the other was plain.
Read more
Helpful
Comment Report abuse


Read more
Helpful
Comment Report abuse
See all 3 customer reviews
Write a customer review
Get FREE delivery with Amazon Prime
Prime members enjoy FREE Delivery and exclusive access to movies, TV shows, music, Kindle e-books, Twitch Prime, and more.
> Get Started
Back to top
Get to Know Us
Make Money with Us
Let Us Help You
And don't forget:
© 1996-2020, Amazon.com, Inc. or its affiliates