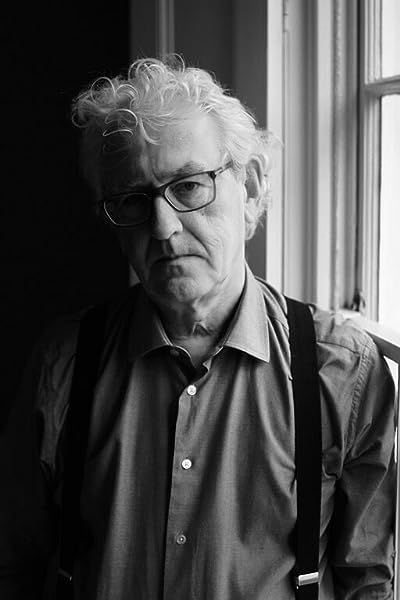 by Michael Burleigh (Author)
4.5 out of 5 stars 29 ratings
Edition: 1st
See all formats and editions
Sorry, there was a problem loading this page. Try again.

Between 1933 and 1945 the Nazi regime in Germany tried to restructure a 'class' society along racial lines. This book deals with the ideas and institutions which underpinned this mission, and shows how Nazi policy affected various groups of people, both victims and beneficiaries. The book, first published in 1991, begins with a serious discussion of the origins of Nazi racial ideology, and then demonstrates the thoroughness and purposiveness with which this was translated into official policy. The book deals with the systematic persecution not only of the Jews, the largest group of victims of Nazism, but also with the fate of lesser-known groups such as Sinti and Roma, the mentally handicapped, the 'asocial', and homosexuals. Finally, the book examines the racially-motivated social policies of the regime which affected every German 'national comrade'. The authors argue that the Third Reich was fundamentally different from other totalitarian regimes because of the all-encompassing nature of its racial policies. These were neither exclusively reactionary nor 'modern', but were rather an unprecedented form of progress into barbarism.
Read more
Previous page
Next page

'The greatest strength of the book is the way in which Burleigh and Wippermann demonstrate the 'all-pervasive racism of the Nazi state'. They capture the obsessive nature of Hitler's racism, while sensibly concluding that 'racial anti-Semitism' was its 'most important element' … The major importance of The Racial State, however lies rather in the following chapters, on the persecution of the 'Gypsies' (Sinti and Roma), the mentally, congenitally and hereditarily ill, 'Rhineland bastards', 'asocials' and homosexuals, all of which groups were perceived as threats to the Nazis' vision of a purified and homogenous national community. If the Jews were perceived as the chief, demonic threat, these other victims were also seen as intolerable blemishes, to be eliminated with measures of uninhibited violence ranging from compulsory sterilisation/castration/abortion and often fatal incarceration to systematic murder.' The Times Literary Supplement

' … deserves a wide readership … the lessons taught by this book should be learned by all of us'. The Times Higher Education Supplement

'The Racial State may be recommended as one of the best introductions available to the still burgeoning and highly charged scholarly literatures on the Third Reich.' Ethnic and Racial Studies

This book deals with the ideas and institutions which underpinned the Nazi regime's attempt to restructure a 'class' society along racial lines.

Between 1933 and 1945 the Nazi regime in Germany tried to restructure a 'class' society along racial lines. This book, first published in 1991, deals with the ideas and institutions which underpinned this mission, and shows how Nazi policy affected various groups of people, both victims and beneficiaries.

Between 1933 and 1945 the Nazi regime in Germany tried to restructure a 'class' society along racial lines. This book deals with the ideas and institutions which underpinned this mission, and shows how Nazi policy affected various groups of people, both victims and beneficiaries.
Read more
Tell the Publisher!
I’d like to read this book on Kindle

Michael Burleigh was born and educated in London. He was a senior academic for eighteen years before deciding to write full-time in 2001. He is Senior Fellow at LSE Ideas, the world's Nr 1 ranked university-based think tank. Michael has won three major film awards for television documentaries (including 'Selling Murder' which won a BFI award) as well as the 2001 Samuel Johnson Prize for Non-Fiction, for which he was also long listed for another book in 2013. He is married and lives in central London although he travels extensively, particularly in Asia. In 2012 he won the Nonino International Master of His Time Prize for his lifetime's work. His new book, Day of the Assassins: A History of Political Murder will be published on 27th May by Picador Macmillan.

R. Stewart
4.0 out of 5 stars A disturbing read of what some idiots on the internet ...
Reviewed in the United Kingdom on 16 January 2017
Verified Purchase
A disturbing read of what some idiots on the internet look back on as somehow being a golden era which mankind could havebenefitted from. Wrong , a book which tells it as it was murder guided by ignorane and racial notions which firmly belong in the dustbin of history but one from which we should be able to learn something about the time, the era and ourselves.
The activities of the NSDAP , what they hoped to achieve and the methods so willingly employed should sicken the reader.
When one sees what is written and presented on the internet by people bioth misguided and by others who are simply twisted - well they should be confronted by this authors findings.
A glimpse of what has been rightly described as our "warning from history".
A well written and thought provoking read.
Read more
2 people found this helpful
Report abuse

Lew
5.0 out of 5 stars the lunatics have taken power
Reviewed in the United Kingdom on 30 May 2016
Verified Purchase
An insight into a nation gone insane. Both repellent and fascinating.
Read more
One person found this helpful
Report abuse

anya y
5.0 out of 5 stars Incredibly Powerful Work
Reviewed in the United States on 25 May 2012
Verified Purchase
Other reviewers already pointed out that this book is very useful and thorough, so I'd just like to add that - even if you are not a history buff and even if you think you already know a lot about Nazi Germany, this book will be a fascinating read. For example, it is one thing to know that certain ethnic groups were persecuted in Nazi Germany, but seeing a leaflet that shows a dark-haired and a light-haired woman and points to the light-haired one as the correct choice of a partner, seeing questionnaires that were used so that officials could decide whether someone should be killed, incarcerated or sterilized, or official instructions and reports on how to deal with the "undesirables"... all this will give you new, visceral realizations about the horrors of this abominable regime.
Read more
8 people found this helpful
Report abuse

steve blankenship
5.0 out of 5 stars Five Stars
Reviewed in the United States on 10 November 2017
Verified Purchase
Well done.
Read more
Report abuse
See all reviews
Back to top
Get to Know Us
Make Money with Us
Let Us Help You
And don't forget:
© 1996-2022, Amazon.com, Inc. or its affiliates